Of the nine deaths the Ministry has full details for, two were from the Auckland region, five from Waikato and one each from MidCentral and Nelson Marlborough.

Seven were men and two were women.

There are 861 people in hospital, with 21 of those people in intensive care or high dependency units. 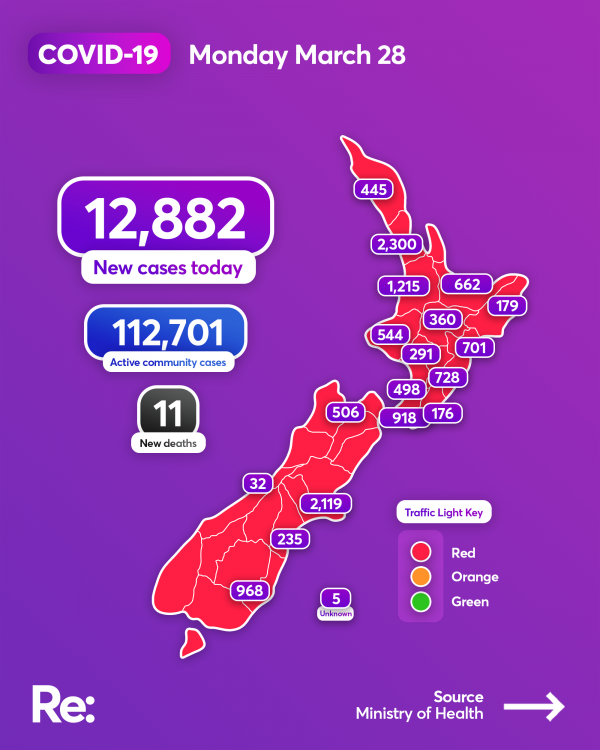 96.3 percent of New Zealand's eligible population have had the first dose of the Covid-19 vaccine, and 95.1 percent have had a second dose.

This Tauranga church is giving its land back to Māori

State of emergency declared in Tairāwhiti as severe floods hit