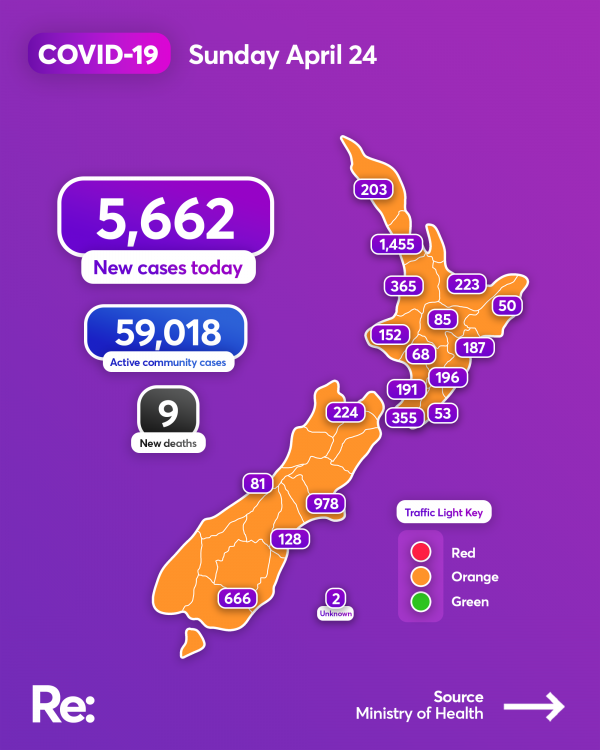 9 people with Covid-19 have died over the past nine days, bringing the publicly reported total to date to 674.

Of the people whose deaths we are reporting today, one person was from the Auckland region; one from Waikato; two from Bay of Plenty; one from Lakes; one from Nelson-Marlborough; and three from the Canterbury region.

Four were male and five were female.

There are 490 people in hospital, with 20 of those people in intensive care or high dependency units.

The average age of people currently in hospital is 60.

71.2 percent of the eligible population have had a booster shot.

The lost Pacific stories of the Māori Battalion | Rongo Toa

ARISE head pastor 'steps aside' after claims of mistreating interns