The Bay of Plenty case was reported last night by the Ministry of Health, but is included in today's case count.

It is a person who moved house from Pukekohe, Auckland to Katikati in the Bay of Plenty. The person was permitted to leave Auckland under the alert level 3 rules.

The 3 Waikato cases have been linked to the initial Hamilton East case.

Of the 56 Auckland cases, 37 have been linked to the outbreak - including 22 household contacts. 17 remain under investigation.

Overall, 19 of today's 60 cases still need to be linked to the outbreak. The total number of cases in this community outbreak is now at 1587.

The Northland Covid case, reported on Thursday, remains in an Auckland quarantine facility. The person travelled to Northland from Auckland.  Authorities have said the traveller had not been forthcoming with details, however investigations are ongoing. They are also believed to have been travelling with one other person.

As more details of all cases become available, the list of locations is being updated at the Ministry of Health website.

29 people are in hospital - all but 2 are in Auckland. 1 person is being treated at Waikato Base Hospital and another at Palmerston North Hospital.

7 people are in ICU or the high dependency unit.

There have been several Covid positive patients associated with Auckland's North Shore Hospital.

The Ministry of Health said in its 1pm statement update that 2 patients who had previously tested positive with COVID-19 were waiting to be taken to a quarantine facility when they became unwell and were brought into the hospital's emergency department this morning for an assessment.

Separately, a person who had been in the hospital's dialysis unit on yesterday (Saturday 9 October) tested positive for Covid.

Waitemata DHB - which runs North Shore Hospital - said the dialysis patient was screened before coming into hospital, and on their arrival. They "became unwell during treatment and was swabbed and subsequently tested positive," the Ministry and Waitemata DHB said.

The unit was then closed temporarily for deep cleaning. Public health staff and the DHB are following up with other people who were in the dialysis unit at the same time as the Covid positive patient, the Ministry said.

Currently, Waikato is at alert level 3. The restrictions, which are at the strictest, original alert level 3 settings, are due to be reviewed tomorrow.

I live in a motel. There are no houses for my disabled daughter and me

'I went from having nothing, to having something.' Homeless rangatahi on being housed during lockdown 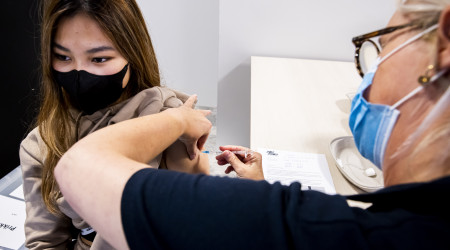 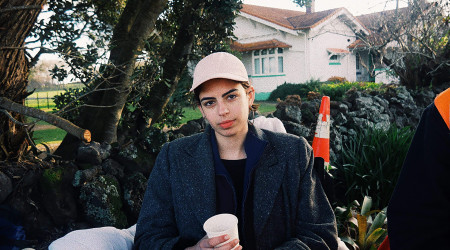