There are 24 new cases of Covid-19 in the community today, all in Auckland.

Of these cases, 21 have known links to the outbreak - 19 are household contacts. There are three cases still being investigated.

There are 13 people in hospital, four of them in ICU.

The total number of cases is 1,050. Of these, 688 cases have now recovered, including all the cases in Wellington.

There are no new cases in recent arrivals in MIQ.

There were 5,088 testing swabs taken yesterday in Auckland. Director of Public Health Dr Caroline McElnay advised that if you are a contact, have attended a location of interest at the relevant date and times, or have any symptoms, to get a test and isolate at home. There were 13,833 tests nationally yesterday.

One of the positive cases is a man who was remanded into custody at Mt Eden Corrections Facility on Friday night. Four police staff, five corrections staff and six prisoners are now isolating. Prime Minister Jacinda Ardern said Corrections protocols are similar to those at the border. Newly arrived prisoners are tested on day 0, 5 and 12. 67 percent of the prison population have received one dose of the vaccine.

On Friday, it was reported that a delivery truck driver had tested positive after visiting locations in Hamilton, Cambridge and Tauranga. Since then, 140 contacts have been identified. Of these, 81 people have returned negative results. A reminder, you can check the list of locations of interest on the Ministry of Health website here.

78 percent of eligible Aucklanders have had their first dose of vaccine.

We’ll find out tomorrow afternoon after Cabinet meets whether there will be a relaxing of the alert levels, with Auckland due to shift out of level 4.

Last week Ardern announced a decision in principle that Auckland would move to alert level 3 at 11.59pm on Tuesday, September 21.

Dr McElnay said that overall there are four mystery cases under investigation. She said health officials are “cautiously optimistic that actually the vast bulk of this outbreak is under control, we are just dealing with a long tail”.

Prime Minister Ardern said a number of factors would be taken into consideration for an alert level change. "We absolutely factor in how Aucklanders are coping with the restrictions we've had to date."

‘You’re not going to get a job in te reo’: Three people who proved this wrong 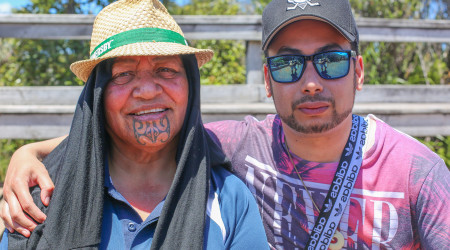 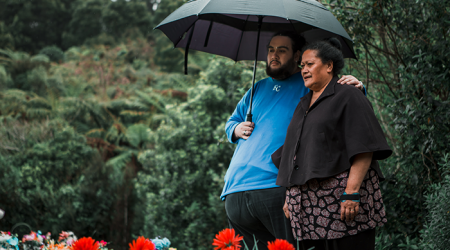