Out of all of the calamities that befell the earth last year, the greatest was the damage done to the confidence of the New Zealand heterosexual male when we found out that we were the worst lovers in the world.

The highly-respected source of information, SaucyDates.com, had run the numbers and decided that New Zealand men are the world’s worst rooters.

As a New Zealand male who has had sex a few times, I felt the sting of a personal attack. The colour began to rise in my neck as I heatedly pounded at the keyboard trying to find more information.

Then I saw the final blow. According to the rankings by the fact-finding team at SaucyDates.com, Australian men are the best lovers in the world.

I knew that the fragile masculinity of the New Zealand male could not handle such information. For the good of my countrymen I needed to find an expert who would tell me that SaucyDates.com was unequivocally in the wrong.

So I got in touch with Bia Bliss, a former escort and pleasure coach.

Ms. Bliss looked rather unassuming in a purple Kathmandu jacket and prescription glasses that magnified her bright blue eyes. But despite appearances, she had promised to use her skills to show me how to turn my body into a temple of pleasure.

According to Ms. Bliss, the reason New Zealand men are bad at sex is a cultural issue.

“It is a very stoic culture that leads men to feel very detached from their bodies. When most men are trying to be sexual they embody this attitude of ‘I’m a man’.”

When saying these words, her face transformed into a prideful scowl and her arms flexed like a bodybuilder exhibiting aggressive primate behaviour. It was a terrifying image of a man through the eyes of a woman who has had many opportunities to examine the faces of men in the throes of passion.

According to Bia, most men see sex from the perspective of male ejaculation. “When most men think about sex they think about coming. They are just chasing the orgasm.”

My head was down, studiously taking notes.

“When men get close to climax what happens?” she asked me.

“The breath gets faster,” Bia imitated a panting dog, tongue lolling, breath bursting in frantic waves, “then when they ejaculate...” She clamped down her lips and emitted a high-pitched whine. The colour rose in her face, cords in her neck stood out and her eyes pinched at the edges like a weightlifter struggling to hold a barbell aloft.

It was an embarrassingly pitch-perfect rendition of a man struggling beyond all hope to hold in a nut that is about to bust. I couldn’t help but laugh.

“You are laughing because you know what I am talking about,” Bia said.

I put my head back to my notepad, neither confirming nor denying.

“I have seen that face a thousand times with clients,” she said. “Most men just shake up the champagne bottle and try to hold in the cork.”

According to Bia all of the issues plaguing New Zealand men’s sexual performance could be solved if men got out of their heads and into their genitals.

“In the moment of the orgasm you get out of your head, you feel the sensations of the body. But what if people knew that you could have that euphoric feeling throughout the entire experience?” 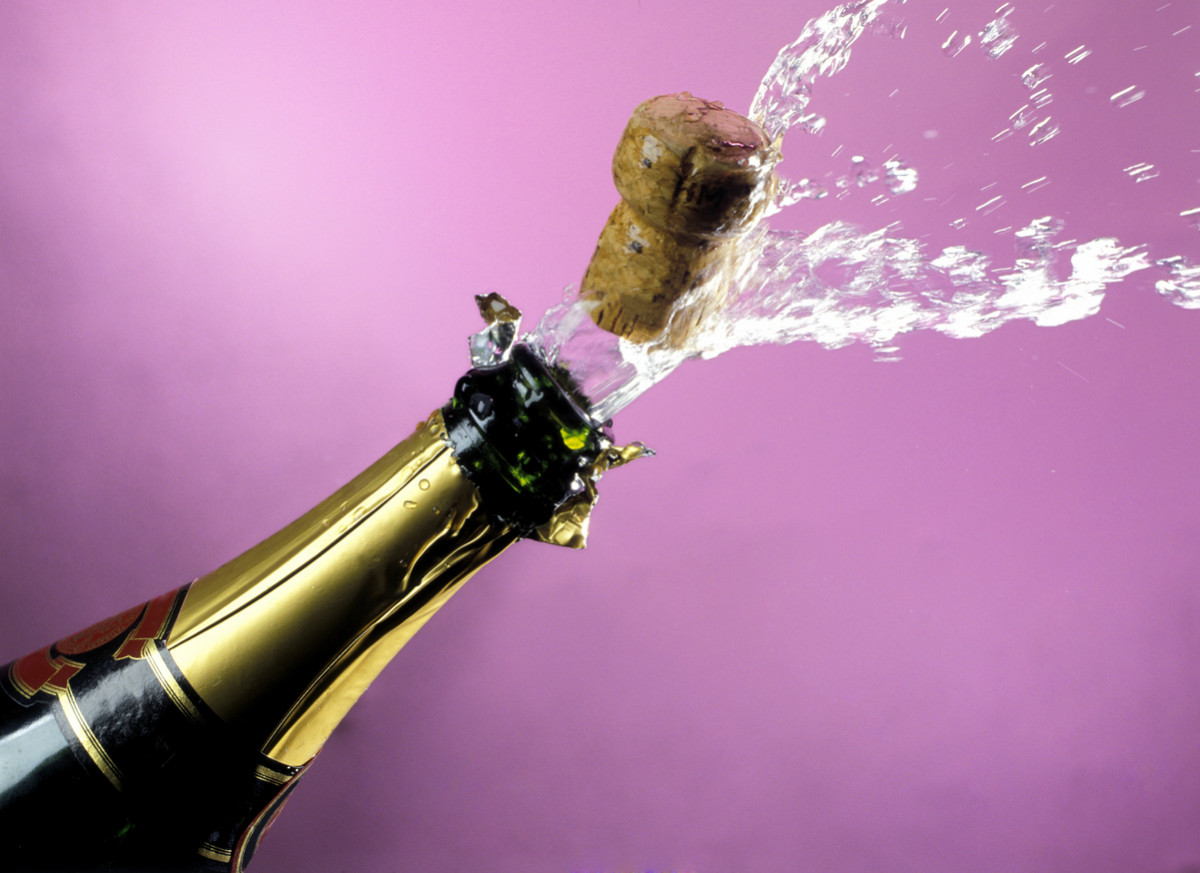 This is where the role of a pleasure coach, or somatic sexologist comes in. Somatic sexology is a practice which develops awareness of your body during sex. The aim is to release body-mind restrictions that inhibit pleasure, and allow for greater experience of sexuality.

Bia instructed me to close my eyes, and led me into a meditation that started with the standard: breathing deeply, clearing the mind, yada yada.

Next she told me when I released my breath I needed to accompany that release with sound.

I felt a rumble in my chest as I let loose a sigh. Bia sighed too.

My main concern was that we were groaning in a meeting room just off the main foyer of the TVNZ building where the Re: office is situated. It isn’t exactly soundproof. I could hear people outside playing ping pong so clearly that I could keep track of their score. As our groans increased in volume the ping pong ball rattled to a stop as the players tried to figure out the source of the noises.

We opened our eyes.

“How was that for you?” Bia asked.

“It was interesting,” I admitted, “but I can’t see it making me a better lover.”

She shook her head. “To become a better lover you need to know yourself better. You need to have a good relationship with your body.

“You also have to let go of the idea that all women want is sex. Women also want an emotional connection that a lot of men don’t seem to be able to provide.”

To practice emotional connection, Bia led me in another entry-level tantric practice, “eye-gazing”. For a number of minutes we stared into each other's eyes and breathed deeply in a shared rhythm.

As somebody who has interviewed for a number of shitty jobs, I have developed quite a carefree eye contact so that I can seem level-headed and serious when saying, “Yes sir, I would love to clean vermin-filled spa pools in wealthy people’s holiday homes.” My eyes glaze over and the contact is kept up as long as necessary for me to either receive employment or be asked to leave.

I think Bia could feel my cold attitude toward eye contact when she said, “So that would usually work, but obviously there is no chemistry here.”

To be honest, I was getting rather impatient with all of this. I wanted to get to the deeper truth, the tantric gold tablets that had the power to make me and my countrymen supermen in the sack.

I asked Bia straight. “Spell it out, how do New Zealand men become better lovers?”

She smiled a smile common in the higher echelons of buddhist temples. Knowing, profound, and slightly pitying.

“My number one tip is to take it slow. Get out of your head, be present.”

I nodded my head.

“Don’t just think, nipples, vagina, penetration, orgasm, done. Look at this beautiful person you are going to connect with and think ‘how can I please them?’”

I waited for a moment, pen poised over the notebook, but nothing followed. This was the golden truth.

To be honest I was disappointed. I had been expecting sage wisdom passed down in secret through masterful lovers of the ages. I was expecting chants in forgotten languages, yogic stretches to make the body more supple and sexy, hidden pressure points that when pressed in certain sequences provoked strange changes to the genitals.

Basically I was expecting a fast, easy, solution.

Then I remembered Bia’s number one tip: take it slow. My expectations were the opposite of this, I was fiending a quick fix.

But even I know that good lovemaking does not always come quickly.

What I learned from all of this is that for New Zealand men to lift their game in the bedroom they need to avoid rushing in like a heaving scrum pack. They need to look their partner in the eyes, breathe until the mind is clear and the body is recognised as a temple of pleasure that imparts as much joy as it receives.

Only then should you, mindfully, thrust. 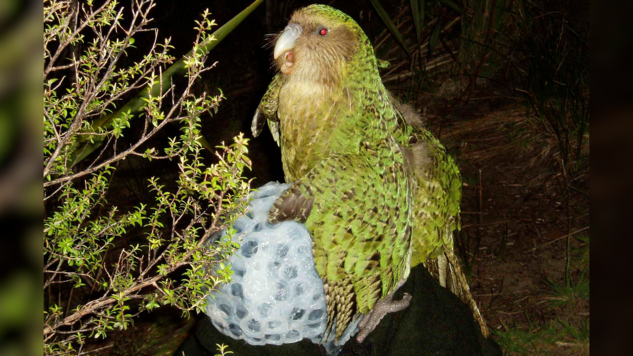 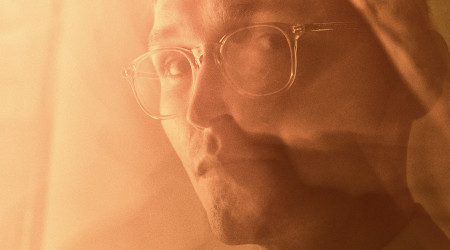