The Ministry of Health’s Director General Dr Ashley Bloomfield said he’s no longer using the term “social distancing” and instead using “physical distancing”. That’s because in this topsy-turvy time feeling socially isolated can be terrible for our mental health. So Baz Macdonald has put together five tips for keeping social while also staying at least two metres away from everyone you know.

As difficult as physical isolation is, because of the internet there has actually never been a better time to enact this kind of public policy. Nevermind picking up the landline and having a chin wag with your mate isolating across town, the internet has all kinds of apps and programmes that allow you to socialise - whether it be watching your favourite shows, playing games, or just shooting the shit.

This may seem obvious and it is likely you already have multiple video apps on your phone / laptop / TV / console / fridge. But it is always worth covering the fundamentals, and laying out what your options are.

But there are many more options that may suit you better. Programmes such as Slack and Discord allow you to make groups for both text chatting and video chatting with multiple people, which would be great for keeping groups of friends connected.

If you’re feeling fancy, Zoom is a video chat app that is aimed at businesses, but allows really crisp multiple person video chat conferencing - even with the basic, free model.

For those who are in different time zones, or keep different hours, you can use an app like Snapchat or Marco Polo that allows you to create video messages which the recipient can watch whenever they can/want to.

Netflix Party is an add-on to the Chrome browser that allows you to sync video playback of a show on Netflix with multiple people - essentially allowing you to simulate the experience of watching a show together across the web.

The app comes with a text group chat if you want to communicate that way. Otherwise, you could simultaneously have another video chat app (see, I told you the fundamentals would come in handy). Make sure you are using headphones though, because there is nothing more annoying than hearing the echo of another person's show coming through the chat.

For those of you who game, socialising while playing games is likely nothing new - whether it be party chat while playing cooperatively, game chat while playing multiplayer, or even just having a Discord channel open while each friend plays something different. Despite what some people think, gaming has become an incredibly social affair.

During this period of isolation, reach out to your friends and ask them what they are playing and join them. Or come to a consensus as a group of what you feel like playing. Heck, play a different game every night. The point is, keep your group together with games.

For those of you who don’t think of yourselves as ‘gamers’, there are many very accessible game experiences which will allow you to socialise online while having a good time.

The easiest example of this is mobile games. There are many cooperative or competitive games that allow you to play a game with friends, while also messaging. The best example of this is ‘Words with Friends’. You’ve likely played this Scrabble-like game before. Well, this period of isolation might be the perfect chance to jump back in, and stay connected with your friends through something easy and fun like this.

Finally, it is possible to have a game party with friends - even if you are all in different houses. There is a series called ‘Jackbox Party Pack’, which is a collection of party mini games that you have on the TV, but interact with on your phone. There are drawing games, trivia games, wordplay games, and heaps more across the 6 available packs. What makes this so great for this situation, is that if you share the room code with your friends in different houses, they can also play along. Or, they can even just be a spectator and watch the antics while you video or audio conference them in. These games are on Xbox and Playstation consoles, Nintendo Switch, Apple TV, Ipad, Android TV, Amazon Fire and the Nvidia Shield.

With the ease of communicating online, there is no reason that you can’t maintain your social communities online. Heck! You could even start a whole new community event just to keep your friends connected.

An example of this might be a book club, which is an event that you usually all come together for maybe once a month. There is no reason that you couldn’t maintain this event, but online. There are even a bunch of resources that may make your book club event more interactive and interesting - such as the Goodreads Groups, which is a forum in which people invite new people to book clubs, start conversations, or elicit recommendations for new books in the genres and styles they enjoy.

Which brings me to the point of forums. There is a forum for just about anything you care about in the world. Although these kinds of discussion platforms can be toxic and scary, with a bit of research and patience it is possible to find a really supportive, friendly group of like-minded people who share your interests. Though this is no replacement for interpersonal relationships, in this time of isolation, it might be an interesting new social avenue to explore. Safe (or safer, I should say) platforms for this are the likes of Reddit, Pinterest and Tumblr. Stay away from anything ending in ‘chan’.

Although we have all of these online methods of connecting and communicating, like in real life, it is necessary to make an effort to create social moments. These social tools are only as good as you make them - so make efforts to reach out and stay connected with your friends, family and communities.

It can be as simple as sending them a message saying ‘Hi’ or even an emoji. Even if it doesn’t turn into a conversation, that is still a point of connection you have created.

Use Facebook events or group chats in apps to create set times to all conference in together to play a game, or watch a show, or simply shoot the shit.

The point is, isolation could be very isolating if you let it. But all of us have access to the means to stay connected, despite our physical distance (or nearly all of us, technology poverty is a whole other discussion - but one that definitely needs to be had a time like this). 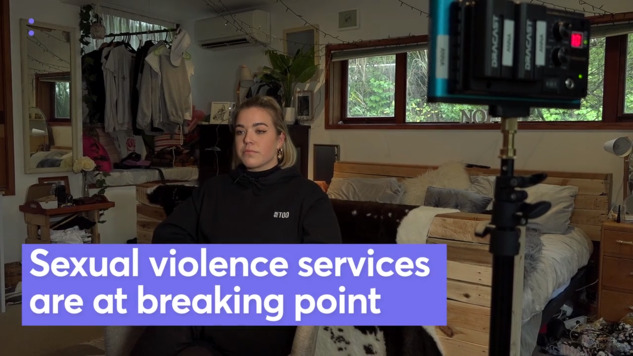