When Helena Wade, 21, gave birth to her first child in October last year, she was rushed off to surgery because she had a fourth-degree tear.

When she came back to hold her baby boy, within 20 minutes the first person who came in to see her was a lady holding a wad of pamphlets about contraception options.

“I actually thought it was quite funny considering everything that had just happened.

“I really was not thinking about that at all because nothing was going near me for a very long time,” she laughs.

“But it was definitely good to have all of the information. I thought that was pretty standard. I was surprised to hear so many others hadn’t had the same experience.” 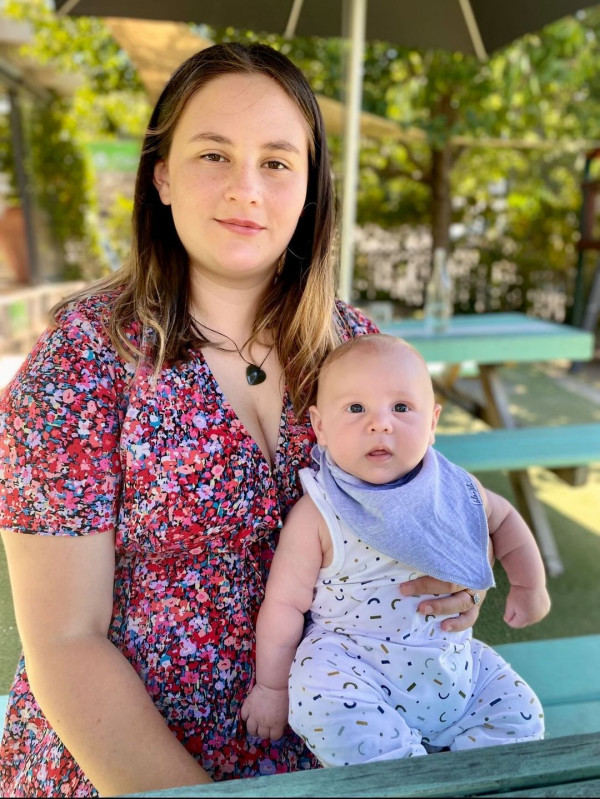 Two in three new mums hadn’t discussed contraception with a health worker before getting pregnant, a New Zealand study, published in March 2022 has revealed.

A quarter of mums in the study reported never having a conversation about contraception during or immediately after pregnancy. A third of them said they would have valued having one.

The researchers did face-to-face surveys with 313 new mums during their immediate postnatal stay at Middlemore Hospital in Auckland between 2019 and 2020.

They found 24 percent had never used contraception at all.

This was more common among Indian and Pacific patients, both 35 percent of patients compared to other Asian communities (17 percent), Māori (8 percent) and other ethnicities (3 percent).

They also found 47 percent of the pregnancies were unplanned.

During her pregnancy, Helena says her midwife often brought up contraception advice and told her about the different options available.

“Initially I didn't actually have a contraception plan because we wanted to have another one straight away.

“But after about a month or so, I changed my mind on that. So I went back to the Depo injection.”

Depo-Provera is a contraceptive injection that releases the hormone progestogen into your bloodstream to prevent pregnancy.

Despite only 3.5 percent of the mums in the study intending to be pregnant again in the next 12 months, only 59 percent had a contraceptive plan immediately after birth.

Common reasons given for no contraceptive plan included not having thought about contraception, being too soon to make a decision, indecision about which method of contraception to choose, needing more information and feeling it was not a priority.

Fifty-one percent of new mums said concerns around the side effects of contraception were a barrier for them.

Helena says not knowing her contraception options would have felt scary.

“Especially if before getting pregnant you didn’t have enough information in the first place. I can imagine it would feel scary if you unintentionally got pregnant again straight away.

“I feel lucky that I have always had access to information about contraception since I was a teenager. If this many are missing out, I think there needs to be more care that goes into reaching these women so at least they have the option.”

Family Planning national nursing advisor Rose Stewart says it is hugely important people are offered contraception immediately because they can get pregnant again quickly when they may not want to be.

“I think it's one of those areas where people feel because they’ve got a new baby, it's not a topic of discussion because they don’t think they will be having sex for while.

“There is also a lot of conflicting information for new mums. Or some mothers don't want to take anything hormonal at that time,” Stewart says.

Stewart says some mums will rely on breastfeeding as their only contraception.

Breastfeeding can be a form of contraception for the first six months after giving birth, but this method can be difficult to use effectively, Stewart says.

If you are only giving your baby breast milk, you can delay ovulating (releasing an egg) and having periods after the birth. If you start to breastfeed less frequently and have a period, this contraception will not be effective, according to Health Navigator NZ.

“When that time runs out, people could get pregnant without meaning to because it is easy to forget or not get the appointment at the right time,” she says.

Stewart says she was surprised to hear how many mums are falling through the cracks when it comes to contraception healthcare.

“In the current time, I would have thought that it would be absolutely routine to talk about the contraception plan during and after birth.

“If someone has an abortion, contraception is absolutely in the post-abortion protocol. With having a baby, it should be the same.”

Rushing back to exercise could cause long Covid

The Pill - would a man be willing to be moody for the cause?