What does a ‘zero tolerance’ policy for sexual assault in bars actually look like? And whose job is it to make spaces actually live up to the worn-out phrase?

Grace Wu was having a drink with friends at The Residence bar in Wellington when a man in his 50s stumbled over to their table. “You know when people stand on the streets handing out fake dollar bills for Calendar Girls or something like that? Well, he took a handful of those and shoved them down my dress.”

Stunned, Grace asked him, “what the hell was that for?”

“Because you’re cute,” he replied and walked off.

Unwanted sexual touching like this is classified by the New Zealand Police as “indecent assault”, which is a form of sexual assault and illegal. If you were to explain this scenario to any bar in New Zealand, they should tell you their next step would be to kick the guy out.

But Grace says the bar’s response wasn’t even close. When her friends told the bouncer what occurred, he said he couldn't do anything because he “didn’t see it happen.”

The bouncer then spoke to the man, then told the women their story didn’t match up and it was a “he said/she said” situation. He also suggested Grace and her friends may have done something to incite the behaviour. Feeling ignored and disgusted, the women left the bar and made a complaint about the incident through their website.

“I was pissed off, but I wasn’t actually surprised it had happened,” says Grace. “The sad thing is, over time I’ve actually become used to it.”

Sexual harassment can be prolific on a night out in New Zealand. Despite many bars being trained to prevent it, inappropriate behaviour has become so ingrained in our nightlife culture it sometimes isn’t taken seriously.

So whose job is it to make bars and clubs actually live up to the ‘zero-tolerance’ phrase?

Bars have the authority to boot anyone from their establishment for any behaviour they don’t like. Because bars are private property, New Zealand’s trespassing law allows the owner or renter to ask anyone to leave it for any reason. They don’t need to have witnessed anything or check security cameras, if they think you are causing trouble or making someone uncomfortable they have every right to show you out. In fact, not doing so could mean they are allowing people to behave illegally in their establishment.

Grace’s friend Cat Edwards, who witnessed the incident, laid a formal complaint to the bar. In it, she said the bouncer’s actions “sent a really clear message that women are not safe in your establishment as any sexually abusive behaviour that occurs is apparently permissible so long as the perpetrators say it didn’t happen and the bouncers didn’t see it.”

The bar did not acknowledge the women’s complaint until Re: News approached them for comment a month later.

Owner and operator of The Residence Jose Ubiaga says their standard protocol is for bar staff to report sexual harassment incidents to the manager. But he says none of his staff knew about this event. Grace’s friends say they reported the incident to a bouncer on the night, and then later sent a complaint through the bar’s website, but Jose said the first he had heard of the issue was when Re: contacted him.

“This behaviour exhibited by a patron at our bar is totally unacceptable and the person should have been asked to leave the bar,” Jose said in an email statement to Re: News. This “was not a pattern in [their] bar” and by “going off the description and timings” of the incident, the bouncer involved had already been dismissed for another incident and no longer worked with them.

Jose said his staff at The Residence have internal training every six weeks that includes a review of how incidents were handled. They also took part in the Police and Wellington City Council-run campaign “Don’t Guess the Yes”, one of several initiatives that educate and train staff to deal with sexual harassment. They are also connected to Sophies Angels, a female-run taxi service dedicated to getting women home safely.

Is this a wider problem for bars in New Zealand?

Developing a tolerance for sexual harassment is unfortunately something a lot of bar-goers can relate to. “But if we collectively keep letting it slide, where does the buck stop?” asks Grace. “I want to see some bars actually take a stand and say no.”

The Ministry of Justice’s Crime and Victims Survey revealed 85 per cent of the victims of sexual violence do not recognise that what happened to them is a crime. It is so “normal”, we struggle to identify it, let alone report it.

“My tolerance level is high, it’s too high,” says Grace. “I do feel like a common reaction is just to smile and move away. I know a lot of women brush it off or are hesitant to tell bar staff because firstly they can’t be bothered, and secondly they don’t want to be told they’re lying or overreacting.”

If a stranger in the supermarket grabbed your breasts you could expect consequences. So why suddenly when we are in a dim-lit bar do these basic social norms go out at the window? Shouldn’t bars be trying their best to stop this?

For bar manager Grady Elliott, the answer to that question is “fuck yes”. Grady operates Family Bar, Shanghai Lils, and other nightlife hot spots in the Auckland Central area. The iconic queer Family Bar says they have scaled up their sexual harassment protocol after public criticism that it was not a safe space.

It became a favourite for straight women who felt safer dancing without straight men constantly on the prowl around them. But it wasn’t long before the spot was also flooded with straight men, and word spread that it was no longer the safest space for women or the rainbow community.

Family says they worked to rehabilitate its reputation and safety protocols after the wide spread criticisms. About a year ago the bar worked with Deep Space, an organisation which creates safe spaces at festivals, to create a signage campaign to encourage people to come forward if they feel uncomfortable. Grady has also increased security. On a Friday and Saturday night, he will have five bouncers working, including one that roams around the dance floor to keep an eye on behaviour and intervene before anything escalates. He has also specifically hired a female security guard to make it easier for women to come forward and ask for help. 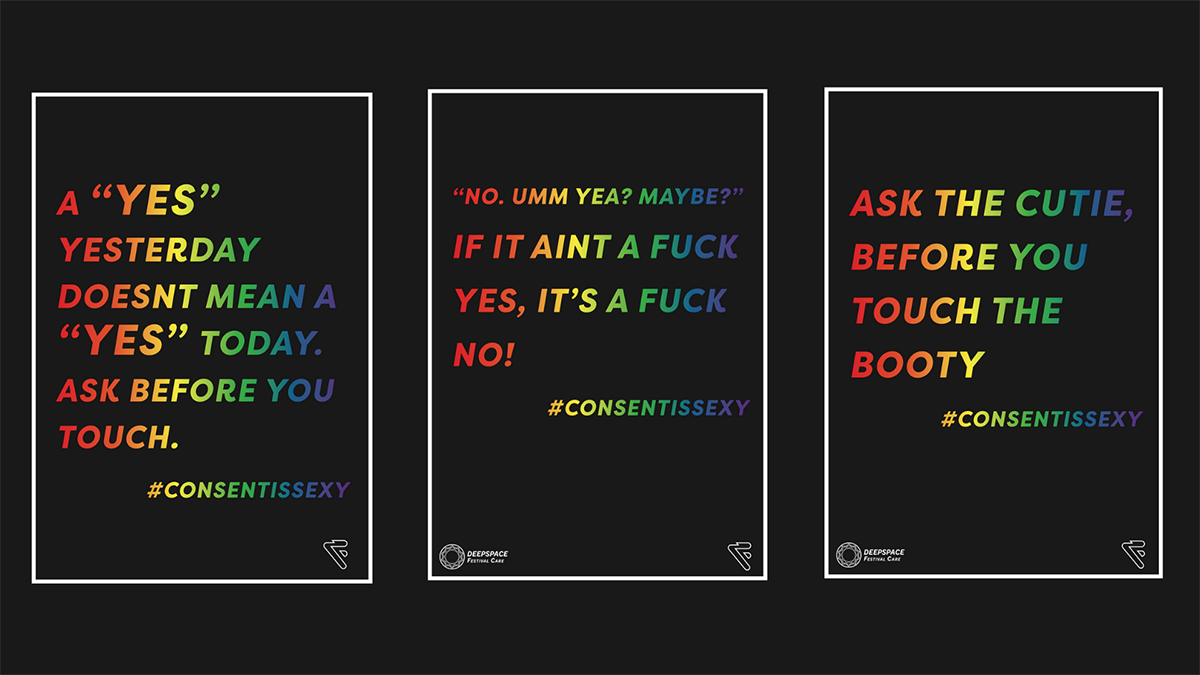 “We wanted people to know that if you see or hear something that doesn’t sit with you, you can come up to any bar staff and they will get security straight away. They will find out who they are, take a photo and ban them right then and there,” says Grady. “We even have a Facebook page for people who are banned. We don’t want them back.”

“We have listened. And our approach is to proactively nip anything in the bud or prevent it altogether. No one goes out to be manhandled or groped,” he says. “We take it seriously, and we are on your side.”Despite the efforts, Family bar is still criticised for having a tolerance for sexual harassment.

So what do we do? Some guidelines from Re:

Don’t be creepy: It’s a choice to be a creep. Try approaching people with your words, not your hands. And when someone tells you to stop, stop.

Don’t let your mate be creepy: If your friend has a habit of being a bit slimy when they go out, tell them to stop. Explain that their behaviour makes people feel uncomfortable and tell them you’ll be watching them. And don’t be afraid to call it out when it happens (this goes for anyone who witnesses someone looking uncomfortable).

If you’re a bar worker, listen to people when they tell you they feel unsafe or uncomfortable: Going up to a stranger to say this can be really hard, so please don’t make them feel like they're overreacting, lying, or that they should deal with it on their own. Utilise your training to make your establishment safe. Word travels fast when you don’t.

Report any creepy behaviour: Instead of letting it slide, tell them you don’t like their behaviour. Don’t be hesitant to tell bar staff you want the person to leave, or for them to keep an eye on this person for you. If the bar doesn’t listen, never forget the power of a one-star review. After complaining about the botched handling of sexual harassment in Vinyl Bar in Wellington, two women started the Twitter hashtag trend #VinylBarHarassment in 2016, and hundreds of people gave the bar bad reviews. The movement led to the bar publicly apologising and taking part in sexual harassment training. But in more serious cases, you should report the incident to police.

(Not for crisis support): For education programs around preventing sexual violence: RespectEd

To report your experience to the police, call 111 or the non-emergency line 105