Last week, New Zealand drug tracking agency DIANZ reported there has been an increase in hospitalisations from party drug GHB - also known as fantasy and liquid ecstasy. Re: journalist Baz Macdonald delves into why the drug is on the rise. Some names have been changed (for obvious reasons).

John is no stranger to recreational drugs. He’s done Meow Meow in Cambodia, snorted cocaine in New York, and taken more MDMA than he can recall. Yet five years ago he encountered a drug he’d never heard of.

During a night of partying, John noticed his friend wasn’t drinking but was as blitzed as the rest of their group. When he asked how, she produced a soy sauce container - you know, one of the little fishes - filled with a clear liquid and told him that she uses fantasy for a night out instead of drinking.

Curious, John stirred a fish-worth into his drink and downed it.

“There was this rush of euphoria. Music was fantastic - they put on a song and it was like it was my favourite song of all time, but I’d never heard it before. I was overwhelmed with happiness.”

But these good feelings wore off after half an hour and became secondary to a feeling of being paralysed, John says.

“I went from feeling a bit drunk, to absolutely fucked in a heartbeat. I thought I was going to throw up. And that was the last thing I remembered.”

John woke up the next morning in his bed at home, remembering nothing of the rest of the evening. Later he would see a video of himself from that night. He was standing in the middle of the party like a zombie - eyes open, lights on, but there was no one home.

“It scared the shit out of me,” John says. “Because I didn't remember it, and I don't ever usually get like that.”

Part of the reason a recreational drug user like John may not have heard of fantasy, is that it goes by many names - G, liquid ecstasy, rinse, juice, wazz, and more. These are all names for the chemical GHB, a depressant that has been around since the 1960s and gone through several waves of popularity over the decades.

Currently, the most common source of the chemical is as an industrial cleaner - which dealers procure and refine into just the GHB component.

Disturbingly, one of the things GHB is most well known for is as a “date rape” drug. As a clear liquid it can go unnoticed if added to someone's drink and, depending on the dosage, can lead to a lowering of inhibitions or unconsciousness.

However, despite its reputation as the date rape drug, there has been evidence to suggest this association has been somewhat overstated. There has been no research done on its use in New Zealand, but a study from the UK showed GHB was involved in less than two percent of assaults - whereas cocaine had been involved in 17 percent and alcohol in almost half. But, as John’s story demonstrates, one of the side-effects of GHB can be memory loss and so the instance may be higher if survivors cannot recall the events clearly or at all.

In John’s experience, a rise in GHB usage may be due to people like his friend using it as an alternative to alcohol. He says his friend was part of a whole culture of people who would party every weekend, choosing to use doses of GHB rather than drinking alcohol.

For John’s friends, part of this consideration was dietary - drinking GHB in water is a zero-calorie alternative to most alcoholic beverages. But, beyond weight loss, these people also claimed they could experience all of the good feelings of the drug, without any of the detrimental effects that come with overindulging in booze.

“They tried to convince me that there's nothing bad that comes from it - but I think that's bullshit,” John says. “I've had it with these guys and felt fucking horrific in the morning. So I don't know if it was like a self-confirmation thing that they're trying to tell themselves - but I never experienced that.”

Another appeal of the drug is as an aphrodisiac - with it reportedly leading not only to a heightened sex drive, but also longer, more intense orgasms. John said he has known many people, especially in the gay community, who have used the drug as part of their sex lives.

“A gay friend of mine said he used it like every night. They raved about it, saying it was like the perfect fucking drug.”

But, as drug tracking agency DIANZ notes, this rise in popularity has seen a resulting increase in harm. In John’s opinion, that’s come from people misunderstanding how important proper dose measurement is.

An overdose could occur from taking as little as one or two millilitres too much. To put that into perspective, a little fish-shaped soy sauce container holds four millilitres - so the difference could be as small as half a little fish.

Complicating this further is that there is another form of GHB called GBL, which is identical in look and taste, but is almost twice as strong. This means that the normal dose a person might take of GHB would likely be an overdose of GBL - yet, people have no way of knowing which version they are taking.

An overdose will often lead to unconsciousness, but severe cases include nausea, breathing problems, and even death. A 2011 study investigated 226 deaths attributed to GHB. Of these, 213 were from cardiorespiratory arrest, and 13 resulted from fatal accidents. A third of these deaths were from use of GHB alone.

Yet, despite this, John has seen people completely misunderstand the potency of the drug.

“It's terrifyingly dangerous that he had no idea if it was GHB or GBL and was just telling people to take a swig. And people were. Within 30 minutes half these people were on the ground and couldn't move.”

Deputy director of the NZ Drug Foundation Ben Birks Ang says anyone thinking about trying these drugs should do as much research as possible to recognise the potential harm first. Then, if people are still keen, make sure they do everything they can to mitigate those potential issues.

The biggest thing to keep in mind is that because it isn’t possible for users to recognise if they have GHB or the stronger GBL, it is safest to always assume you have GBL and make decisions on that basis. As a rough guide, GBL is between a third and twice as strong as GHB.

Experts say monitoring your dosage will minimise the risk that comes with taking the drug.

With the annual debate once again raging about the need for drug checking stations at music festivals, Ben says GHB shows they’re needed. These testing stations would allow users to easily determine if they had GHB or GBL and make better dosing choices as a result.

Another safety precaution is to dilute any doses in a large glass of water or juice and nurse the drink slowly. He compares this to spacing out your drinking across an evening rather than lining up all of the drinks as shots and slamming them all at once. This will allow you to acknowledge when you have reached the desired effect, rather than overshooting it with no way of going back.

A really important note is that you should not take these drugs with, or after drinking, alcohol. Many of the drugs' worst properties will only be intensified through this mix - including loss of consciousness.

Re-dosing also isn’t recommended with GHB/GBL - but if you are going to, you should not redose within two hours. Remember that GHB messes with your memory, so with each dose make a clear note or set a timer so that you are sure to not redose too soon.

It is also definitely worth keeping in mind that GBL and/or GHB are Class B drugs in New Zealand, making possession of them illegal with penalties of up to three months imprisonment and/or $500 fine.

For John, he says the older he gets the longer his list becomes of drugs he won’t do again.

“I've dipped my finger in most pies. But most of them I wouldn't go back to. I don't think they're worth it. The dangers are just terrifying.”

After the ten or so times he has done GHB/GBL, he says both are very high on that list.

If you are worried about your alcohol or substance habits, reach out to the Alcohol and Drug Helpline anytime 24/7 on 0800 787 797.

(Not for crisis support): For education programs around preventing sexual violence: RespectEd

To report your experience to the police, call 111 or the non-emergency line 105 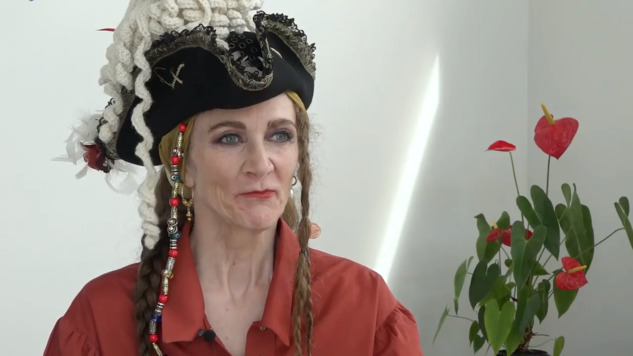