People are flooding to ferries and planes to get across the Cook Strait before lockdown. Students say tickets to the North Island sold out in minutes after Monday’s announcement. Some drove hours to alternative airports and slept at ferry terminals to secure a seat, and some thought they weren’t going home at all. The government has since extended the midnight-Wednesday deadline for travel till midnight Friday, but students are still hustling to get home.

Ever since Prime Minister Jacinda Ardern announced that New Zealand will go into a Level 4 complete lockdown from 11.59pm Wednesday, university students have been scrambling to find a way home.

With thousands studying on a different island to their home, a flight or ferry is their only option. But with two metres of physical distancing enforced on these transits, planes and ferries are taking fewer passengers than normal.

Many students were panicking about whether they would get home in time, but to their relief, the government announced on Tuesday afternoon that anyone struggling to get across the Cook Strait before 11:59pm on Wednesday will not be left stranded. 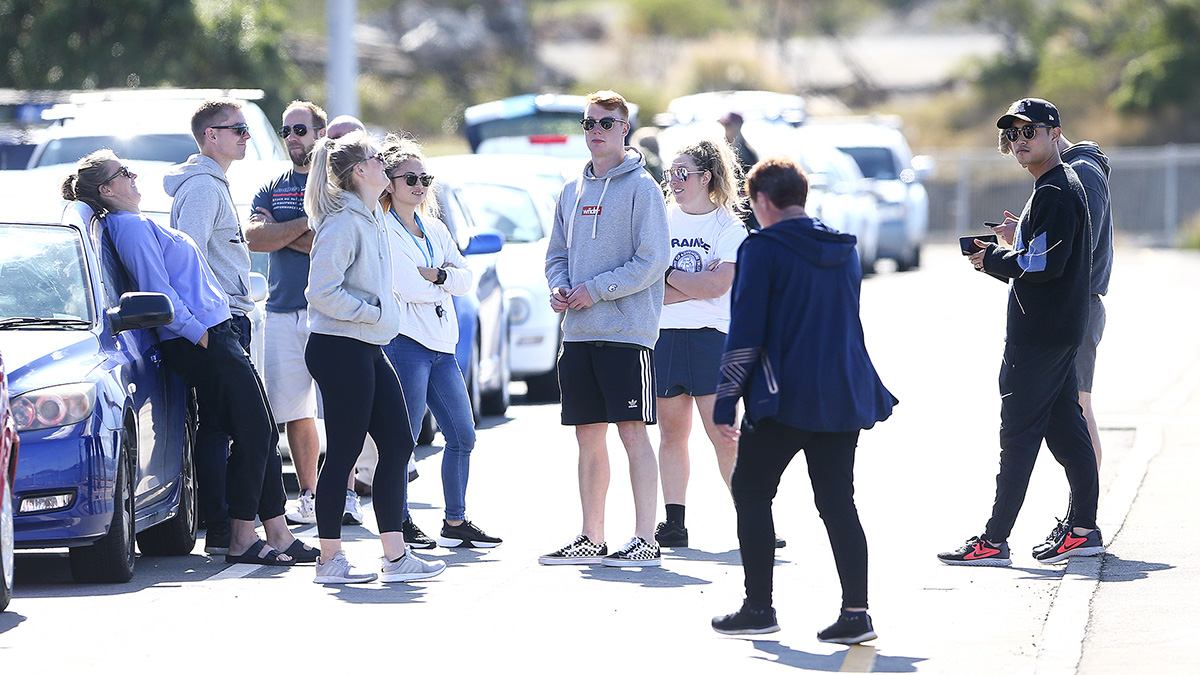 Passengers wait to board the Interislander Ferry (photo: Getty)

“Yes, we have 48 hours to start closing things down, but we accept we've got to get people back to their place of residence,” the Prime Minister said. “We are working through those issues, we don't intend to just suddenly, while there is a cue at ferry terminals, to cut off that transport link. We will clear people to get home, but we will not provide an ongoing service for people to tour between the North and South Island.”

Georgina Hassell is one of the many Otago University students battling against time (and Air New Zealand’s website) to get home to her family before Level 4 is imposed. When she answers the phone the panic in her voice is unmistakable. Her mum is a nurse who works in the emergency department at Wellington Hospital - arguably one of the toughest jobs to be in right now. “She will be fully in the midst of it all, she already is,” Georgina says.

Because Georgina’s mum is part of our front-line of defense against Covid-19, the risk of her catching the virus is significantly higher.

“My worst fear is that my mum will get Covid-19 and potentially pass it onto my dad and I will be stuck on the wrong island and won't be able to support them, or help look after my brother.”

Immediately after the big announcement on Monday afternoon, Georgina tried to book a flight home, but every flight scheduled before the lockdown was sold out in minutes. She was left with a flight from Dunedin to Wellington on Saturday and an Interislander ferry ticket for Thursday.

“I knew they might be canceled but I just bought anything I could get my hands on. I called my parents not knowing what else to do. They said ‘we have got to get you here, I don't know how, but we need to’. It was pure panic.”

“I was just really shocked that it happened so fast. I understand why. But people need to get home. They didn’t give us enough time or opportunities to do that.”

After reports that thousands of people queued up for the Interislander ferry on Tuesday, the government responded to New Zealanders' concerns. It announced that domestic trains, flights and ferries will continue until Friday midnight - hoping the two day extension will be enough to get everyone home.

I called Georgina again after reading about the good news. She was ecstatic after just getting off the phone with Air New Zealand and booking a flight home for Friday. “All the stress has gone. Oh my god, I am so relieved. My family is so relieved,” she says. Her mum cried at work when she told her she was coming home.

Otago University student Dushanka Govender had already planned to fly home on Thursday. She has asthma and thought it would be better to self-isolate in her family’s dry and warm Auckland home than her damp flat in Dunedin. But after hearing that lockdown would be enforced from midnight Wednesday she was unsure if she would be able to get on her Thursday flight.

Dushanka tried to reach Air New Zealand through every possible channel to understand what was happening, but didn’t have much success. Not wanting to take any chances, she spent four hours refreshing pages and searching alternative routes from different airports, determined to get anywhere in North Island, so at least her dad could pick her up and drive her home. Dushanka got so desperate she inquired with Helicopter Nelson about what it would cost to fly to Auckland via helicopter. 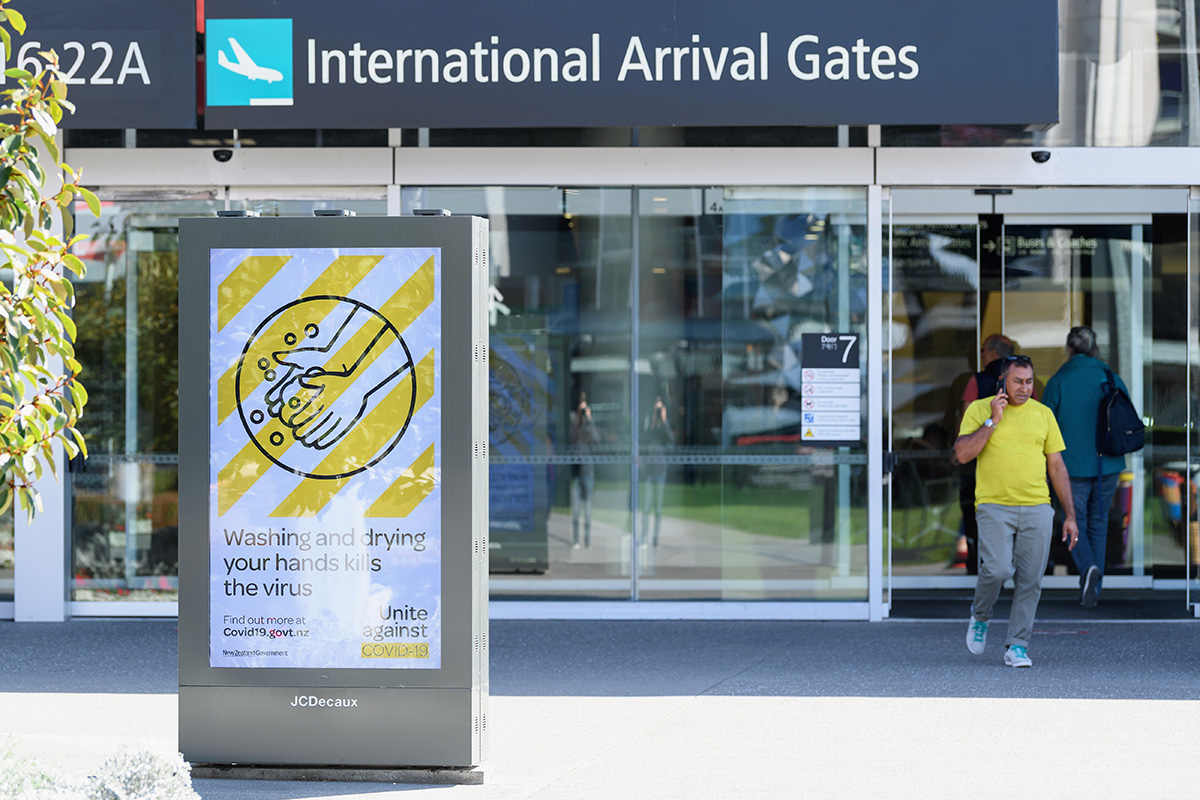 After typing furiously on her keyboard for hours she secured herself a seat on a flight from Queenstown to Auckland. She would have to drive three and half hours to get to the airport tomorrow morning, but she took that as a win and packed her bags.

“When I saw ‘booking confirmed’ I just thought, I'm going home. I don't care that I have to drive three and a half hours. By tomorrow evening I'll be in a warm bed and even though we are going into lockdown, I will be with my family. Not by myself. That’s all I cared about.”

Other Otago students tell me about how their friends drove through the night from Dunedin to Picton to try and get on the ferry. Some slept in their cars at the terminal because they saw it as their only option.

But not everyone thinks going home is the best option. Matt Cooney and his three flatmates are staying put in their Dunedin flat for the lockdown. He tells me going home to Tauranga to isolate during the lockdown wasn’t something he even considered.

“I don’t even know if mum asked me if I wanted to come home. We definitely spoke about it yesterday and I just said that I was completely fine staying here. Everyone is trying to go home but I am comfortable where I am. I have everything I need.”

Matt says because of the current situation, travelling through a packed airport and being in close quarters with people on a plane didn’t really sound like the best idea. Another factor in his decision was his grandad might be moving in with his parents. “I definitely didn’t want to go home if he was moving in because I might be putting him at risk. Who knows? I could have hung out with someone a week ago that had it and then I would be taking it to another city.”

Like most 21-year-olds Matt plans to take the next four weeks pretty easy: indulging in more Netflix, gaming more than usual and that’s about it.

His message for other New Zealanders about to embark on a month of lockdown is simple. “Don’t freak out about it, but follow through with it. There will always be food, so don’t panic. You can still go outside to exercise by yourself. Just and try to live as normally as you can.”