The findings come as part of an ongoing pilot programme led by Te Herenga Waka—Victoria University of Wellington researchers aimed at boosting conservation efforts for tuatara.

Initial findings were published last month in online scientific journal, PLOS One. An article written by lead researcher Sarah Lamar was also published earlier this week in The Conversation.

Unlike other reptiles, male tuataras don’t have a penis, so sperm collection is tricky.

When mating, male and female tuataras line up their cloacas (an orifice that serves as the only opening for digestive, reproductive and urinary tracts). It is similar to the way birds mate, however tuataras are the only living reptiles to reproduce in this way.

For researchers, collecting their sperm involves waiting for the reptiles to mate and separating them to collect the sperm.

“It took luck and chance and being at the right place at the right time,” says Ms Lamar. “You can miss it easily but the actual samples are concentrated—a tiny drop has millions of cells.”

The research also shows tuatara sperm is 2-4 times faster in reaching the female reproductive tract than any other previously studied reptile.

Ms Lamar says this could be because the sperm has limited time outside of the reproductive tract before it becomes non-motile (stops moving) so the faster it moves, the better chance it has at reaching and fertilising the egg.

Tuataras are the only surviving reptiles of the dinosaur era and today there are less than 10 percent of tuatara left in the areas they inhabited historically.

Because male tuataras are more likely to hatch in warmer climates, there is concern rising global temperatures will lead to more males being born and a significant imbalance of sexes in the tuatara population.

“Storing at extremely low temperatures preserves the integrity of the cells for a significant amount of time—in theory indefinitely—as long as they are stored in the correct chemical,” says Ms Lamar.

Researchers continue to analyse tuatara sperm, its motility and the characteristics of a successful mating male. 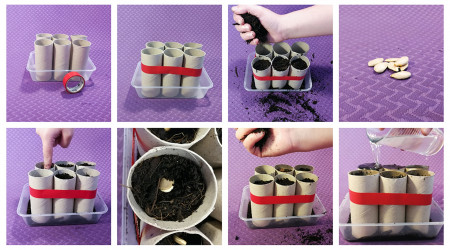