Self-proclaimed kōkako addict Rhys Buckingham has spent 40 years searching for the presumably extinct South Island kōkako. We ask him about his beloved hobby, which he reckons is his very own “bong fix”.

Re: How long have you been looking for the South Island kōkako?

I started looking in 1979 - 41 years now. Back then, I had a job in the wildlife service. I gave that up and went to Stewart Island to follow my quest.

Why do you keep doing it?

The South Island kōkako has a phenomenal call. It's like a cathedral bell tolling endlessly - the most hypnotic and amazing thing I've ever heard. It’s become my obsession and addiction, my version of a bong fix. But sadly, I haven't heard it for a long time. 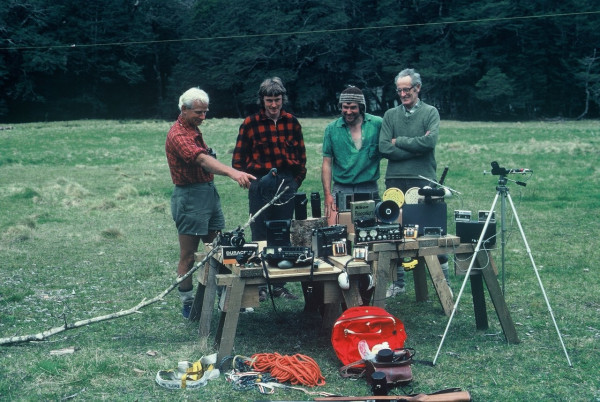 When was your first sighting?

My  first sighting was in 1984 in Stewart Island. It was quite close up. If there's a time in my life I’d go back to, it would be the last few months of that year when I saw the bird. Simply unbelievable. There were birds everywhere and I felt so privileged to be somewhere in New Zealand that felt like another time. Every now and then, you’d hear the South Island kōkako sing out above the other birds. 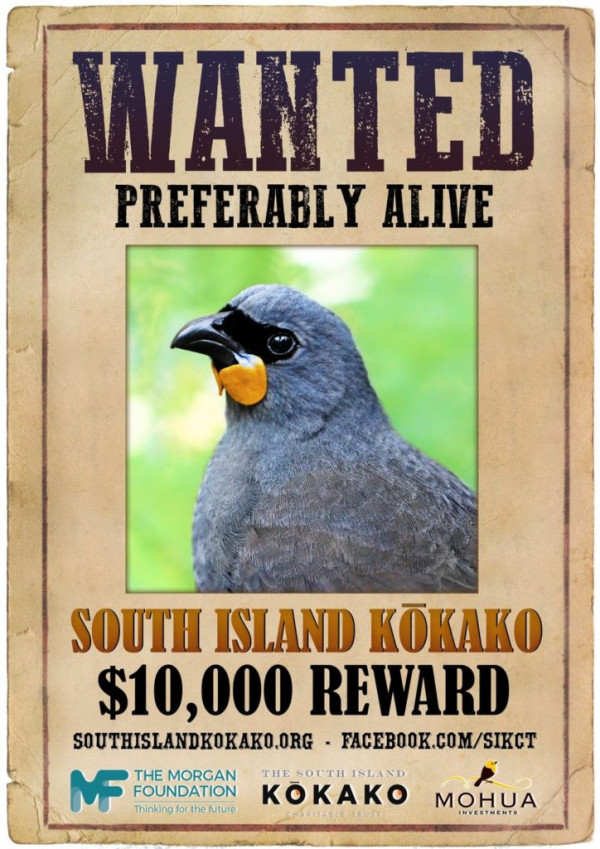 When was your last sighting?

I used old audio recordings to attract the bird - really beautiful, flute-like notes. It took a while but I spotted it eventually, very briefly, through a small gap. I also had a small video camera with me, but didn’t get any clear footage because the blimmin bird wouldn’t come out of the dense rimu. 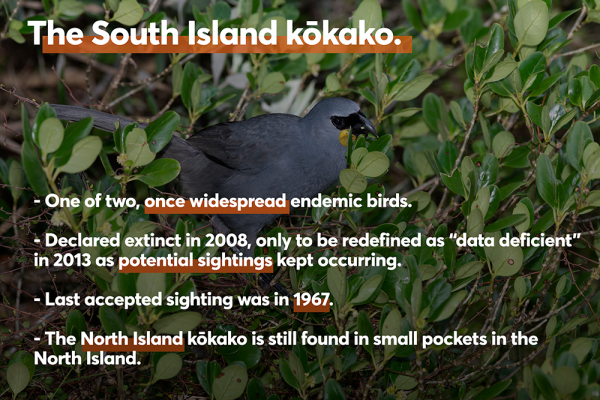 A $10,000 reward has been put forward for the person who rediscovers the kōkako. Why so much?

We really want to find it. The large award amount, put up by the South Island Kōkako Trust, helps raise awareness. More eyes and ears watching for it. It also encourages people to get concrete evidence with cell phones and cameras.

What does a search trip involve?

When I was young, I'd go for three months solid and focus on one area. Stewart Island, the Wakatipu Forest area, Cables Valley, Greenstone Valley - I’ve spent a lot of time in those places.

The longer you spend in an area, the more tuned-in you get.

I don’t do that anymore. Now, search trips tend to be much shorter because I don’t have that much free time. I reckon when my pet dies, I’ll be able to do longer trips.

What’s your most memorable search trip?

Ah, it has to be the one with my fellow kōkako enthusiast Johnny Kendrick.

It was pouring rain and we had a great big tent set up. We were both in the tent, and Johnny - so enthusiastic -  wanted to hear our South Island kōkako recordings. We started playing them in the tent, and a kōkako must’ve heard, because we heard one calling from somewhere above us in the rain. Johnny went absolutely berserk. He broke through the mosquito netting as he rushed outside to see it. It was hilarious.

We also knew if the bird had got this close, it would’ve heard us and we’d never see it. And that was of course the case. Johnny was just straining to look in the canopy to try and find the bird.

We named it ‘the ghost bird’. 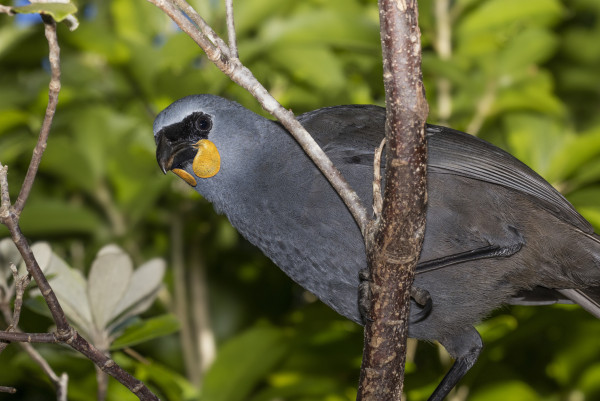 Where would be the best place to look for this bird?

Well, you’d probably ring me up and arrange a date. There are a number of people searching in the Heaphy Track/Cob Valley area, and also closer to Nelson in the Graham Valley area.

What technology has been used to find the kōkako?

When I first started, we had fairly primitive recording equipment and tape recorders. Back then, the best I had was professional cassette recorders. The cameras were heavy but good to have. Technology now like cell phones and remote cameras makes the whole process a lot easier.

This interview has been edited for clarity and length. Photos of the South Island kōkako are an artist’s recreation. 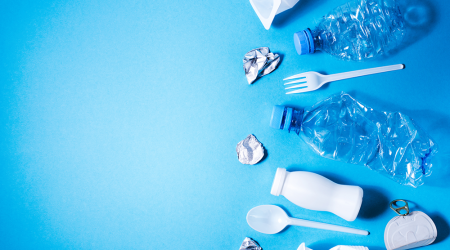 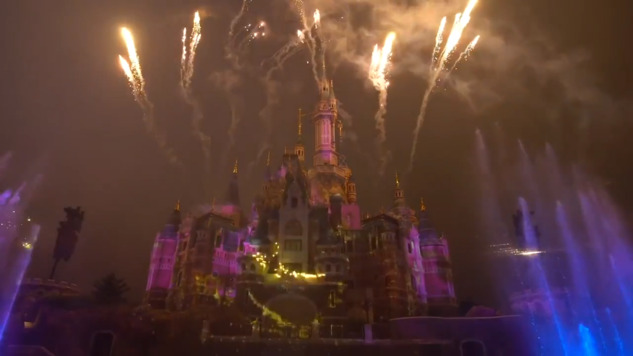