The number of houses available to buy in New Zealand hit a new record low in December, with only 12,932 properties on the market - half the amount available in December 2018.

This lack of properties is playing a large role in the skyrocketing of house prices in New Zealand.

REINZ CEO Bindi Norwell says this small property pool, plus heightened demand due to low interest rates, has lowered the average number of days it takes to sell a property to the lowest it has been since 2003, at only 27 days on the market.

“This lack of choice and high levels of confidence is also causing properties to be sold at the quickest pace we’ve seen in 17 years,” Bindi says.

“There just isn’t enough choice for people looking to purchase which has meant that there is significant pressure being placed on house prices in most parts of the country.”

The number of houses that sold for over one million dollars jumped from 16.4 percent to 27.9 percent in the same year.

“Today’s figures further highlight that we urgently need a combined response from Government and industry to solve the housing affordability issues the country is facing.”

REINZ data also shows that 2020 saw a spike in the amount of vacant land being purchased for development of new properties. In the first 11 months of 2020, there was $770 million more spent on vacant land than the year before - a nearly 40 percent rise.

It is still not clear what effect this will have on rents - particularly because of the freeze on rent increases last year as part of the Government’s Covid response. The rent freeze ended on September 26, and there has since been a 1 percent rise in national rent prices. 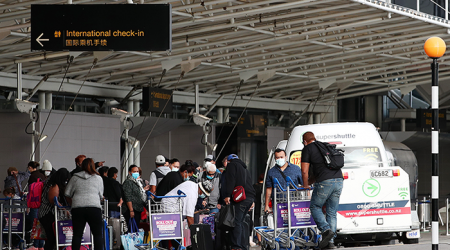