‘Toasted’ is a funny, goofy, mockumentary-style takedown of men who are just a little too self-indulgent and in love with their own abilities.

Lemon Lemon, the team behind the film, won the prize for Best Under 18 Team at this year’s 48Hours film competition. At the awards ceremony on Saturday, Kaia Jamieson, the 16-year-old leader of the team, and Caitlin Mactavish, who plays the role of Anna, accepted their award in their ball dresses - they’d just come from the Albany Senior High School ball and were heading right back after picking up their award.

“We were so surprised,” says Kaia on winning the award. “Caitlin's been texting me all weekend going, oh my god, I can't believe it's real, it's the most surreal moment in my life.” 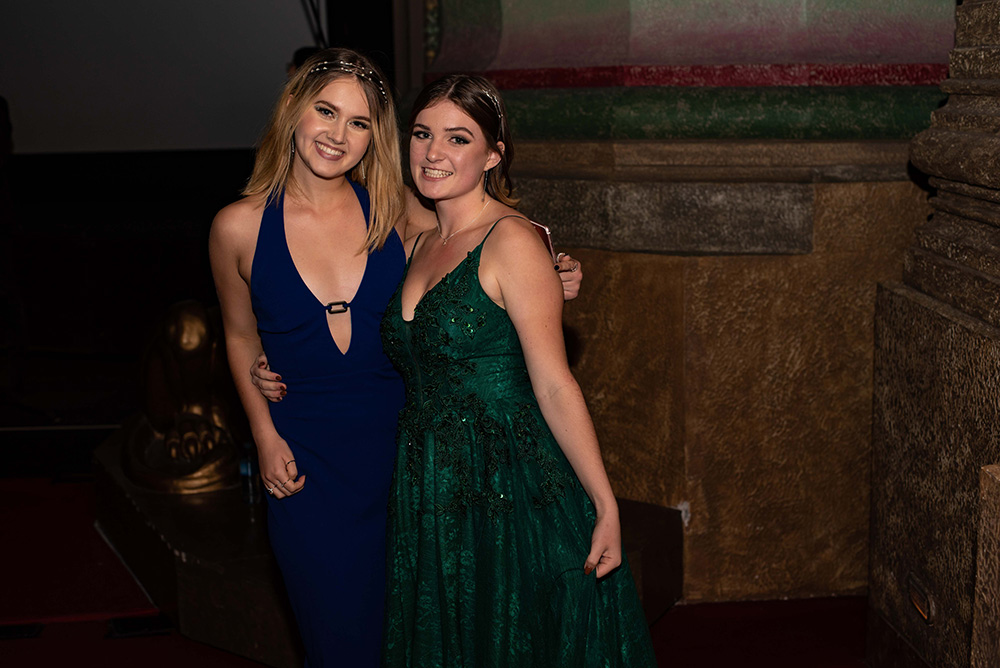 Anna and Kaia at the 48Hours awards ceremony

Teams are randomly assigned a film genre out of a selection of eleven, and then must write, shoot and edit a short film within a 48 hour window beginning Friday 7pm, and ending Sunday 7pm. It’s a hectic time.

Kaia was the director, producer, editor and camera operator of ‘Toasted’, and led a team that included Caitlin, Finn Darby (in the role of Steven, the human toaster) and Jarvis Kirkbeck (who plays the soundie who, in classic mockumentary tradition, can’t seem to stay out of the shot).

In the short film, an amateur documentary crew enters the home of Steven the superhero, whose claim to fame is that he can make toast with his eyes. After successfully burning some rye bread simply by looking at it, he exclaims, “I’m going down in the history books. I need to tell someone!”

His girlfriend Anna, meanwhile, is chilling on the sidelines of the doco and casually reveals to the film crew that her abilities include reading minds, telekinesis, weather manipulation, super strength, telepathy, teleportation and carbonating tap water. But she’s not the one who has a documentary crew following her around.

Kaia says that in the scripting process, the question had come up over what genders the two main characters should be. You’ve got one character who is a high achiever but doesn’t seem to be getting much credit. Then you’ve got the other character who is a bit mediocre but, in Kaia’s words, thinks they’re “God’s gift to mankind”.

Kaia says she was immediately certain of each character’s gender: “I was like, nah, Caitlin’s character has gotta be a woman.”

Despite his lack of self-awareness and inflated sense of his own abilities, Steven is still a likeable and endearing guy. Amongst all the bread-toasting powers and mindreading, the one realistic aspect of the film is that at the centre of it all, we have a mediocre white man coasting along on the fact that everyone just likes him.

At the moment, Kaya is down in Otago scoping out universities. She’s planning on double majoring in film and English next year, and then wants to move into documentary filmmaking. However, her experience with 48Hours has made her think she might like to have a go at making more scripted content as well.

“After doing this, I realised that I did actually enjoy the drama in comparison to documentary. So I'd love to make some more of that in the future and just see what side fits me better, I think.”

With a national award winning mockumentary under her belt, she’s off to a good start.

The weirdest films from the 48Hour competition, picked by the guy who watched them all