Although there’s just been one confirmed case of coronavirus so far in New Zealand - a 60-year-old recently returned from Iran - that hasn’t stopped the spread of racism and xenophobia against Asian New Zealanders.

We’ve seen an Auckland doctor told to ‘go home’ after sneezing while waiting for her bus, Filipino-New Zealand siblings who’ve never been to China barred from their primary school, and a Canterbury mum sent an abusive email that’s now being investigated by police.

Sherry Zhang is an Auckland-based actor and 95bFM News Reporter. She spoke to writer and music journalist Jess Fu about the growing hostility they’re both noticing towards their community in the wake of the coronavirus. She started off by asking whether New Zealand is an accepting country.

Jess: New Zealand is portrayed overseas as clean and green. We like to always say we are multicultural and embrace everyone. I guess our public image is so progressive. For example, I was living in America last year, and people said to me, “Wow, you banned guns so quickly, New Zealand is so great! Jacinda took action very quickly after the Christchurch terrorist attack.” And it is impressive. But little do they know that we’ve got some of our own issues to deal with too.

“Xenophobic reactions have amped up from the coverage of the coronavirus but it’s nothing new. Anti-Chinese policies have existed since the late 1800s and it’s still very deeply part of New Zealand’s history.”

Racism is something that we acknowledge but to actually experience it, it’s… yeah it’s overwhelming. Especially growing up with it.

Sherry: Earlier this year when the news broke out about coronavirus, my initial reaction was fuck, the Chinese-New Zealander community is going to experience racism here. And you know what, it frustrates me in that was my first thought.

Jess: Yeah, it’s expected. And people have really been using this as an excuse to say “oh it’s about protecting kids, families.” But it's not a Chinese virus. It’s not only affecting people of Chinese descent. It just happened to have started in Wuhan. 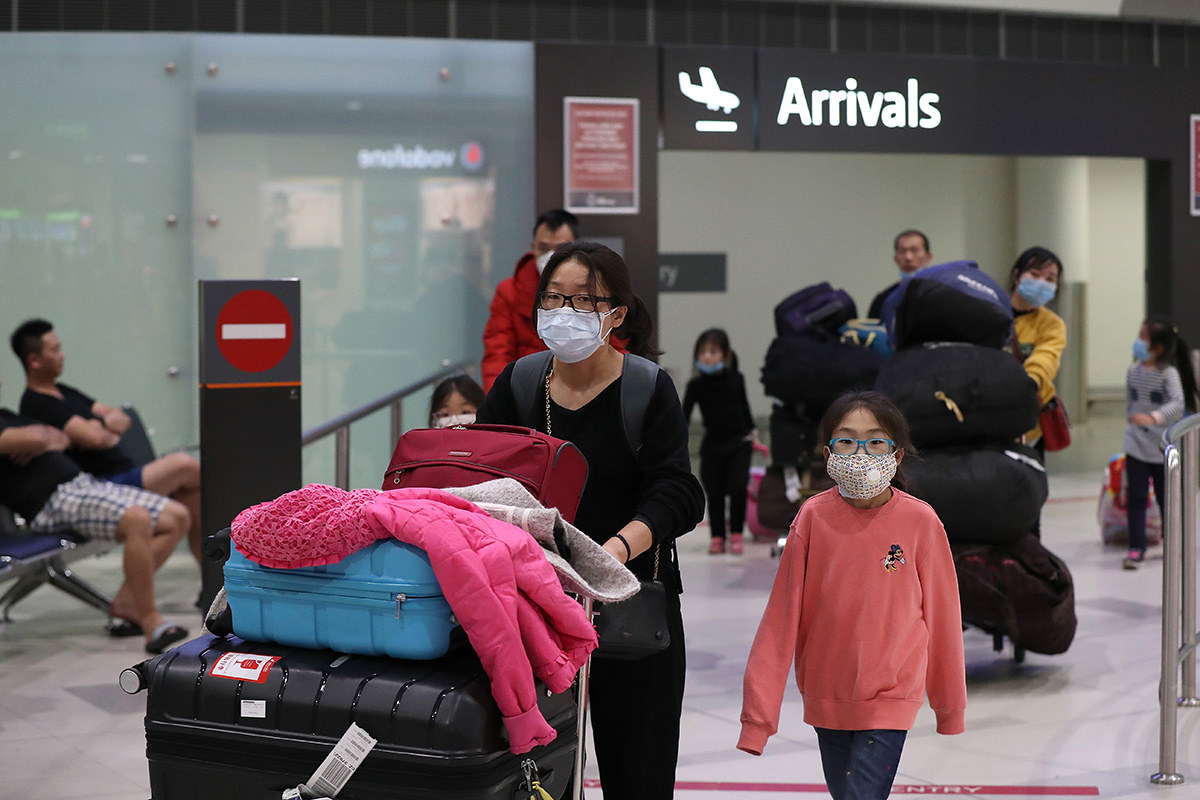 Sherry: Misinformation is also something you’ve touched on.

Jess: I’ve been picking up a lot of the New Zealand Herald coverage of it. They posted a video of a Chinese woman eating a bat, and they posted on their Facebook page that this happened in Wuhan’s epicentre. But later the video was found to be filmed in 2016 in Palau [a Pacific island in the Micronesia region, where eating bats has long been a tradition]. They did delete the video, but never addressed or amended their Facebook post.

They also published other things, such as China burning bodies, or secret labs. Which are all misinformation.

[Editor’s note: The Herald removed the articles ‘Coronavirus ground zero: Horror video of woman eating bat emerges’ and ‘Mystery lab next to coronavirus epicentre’ from their website within a few days of publication. However, the corresponding Facebook posts, which had over 1.8k comments, and 500 comments respectively and 300+ shares each, remained up for five weeks without correction or update. The Facebook posts were only removed when Re: contacted the Herald for a response.

In an email response, the Herald’s publisher NZME told Re: the following:

The two articles you refer to were syndicated through an overseas news service, in the early days of the coronavirus outbreak. Following further editorial checks by the NZ Herald, the articles were promptly removed because they could not be independently verified.

When the Herald became aware that the bat video was not filmed in Wuhan, the original article was replaced by this article explaining the background. The two social posts have now been removed - it is normal editorial policy for these to be removed at the time any article is deactivated. Thank you for alerting us to them. The NZ Herald's coverage of the coronavirus issue has been balanced, accurate and extensive - with dozens of business, political, international and scientific angles and analysis. Any suggestion that the coverage has been 'racist' or 'inflammatory' is entirely incorrect - and an inflammatory accusation in its own right.]

Jess: Media literacy isn’t always taught in schools, or growing up, and people aren’t critical or questioning the source. Is it reliable? Does the new publication have an agenda? People don’t always ask those questions.

Sherry: I was really frustrated the other day. I saw a headline that said “Passenger dies”. And at the bottom [of the article] it clarified it wasn’t related to the Coronavirus.

Jess: Yeah it is so harmful, click-baiting. People might not read the end of the article. I also read something similar too, “Inside the terrifying evacuation flight from Wuhan to New Zealand”. Children were vomiting on a plane, but it wasn’t related. They were just airsick and anxious.

Sherry: It’s just - why? Why would you be so irresponsible with reporting knowing the context we are operating in. How have the Chinese community been?

Jess: There have been reports of people being abused publicly, but there is also a lot of online abuse especially if you are reading through comments. It’s not very nice. I’ve also heard of people avoiding Chinese restaurants, which does not make sense. Because there is no report of the coronavirus here, but people think ‘ah Chinese restaurants are dirty. It will make me sick.’

Sometimes it's not always explicit abuse, it might be microaggressions. I read that a person of Chinese descent took an elevator and people were holding their breath.

It makes you feel paranoid. I went to this market fair on the weekend, and people were staring at me. I’m just so on edge, maybe they weren’t even thinking about it, what if I’m overthinking?

Sherry: I had a similar experience walking around my hometown on the North Shore too and I thought, am I being paranoid? But I think when you experience racism growing up you normalise a lot of microaggressions.

I know for my parents, they’ve actively changed their behaviour. My mum got nervous walking around Wynyard Quarter when the hysteria was occurring around the evacuation flight from Wuhan. She said we should go somewhere less public, she didn’t want to cause a fuss. My dad stopped delivering food as his second job. Didn’t want to cause a fuss. My parents haven’t been to China in nearly a year.

Jess: Talking to my parents, it feels like there is a lot of fear within the Chinese community about hanging out together, or having a big gathering, and making other people worry about a big gathering of Chinese people. That they might face some negativity towards that. 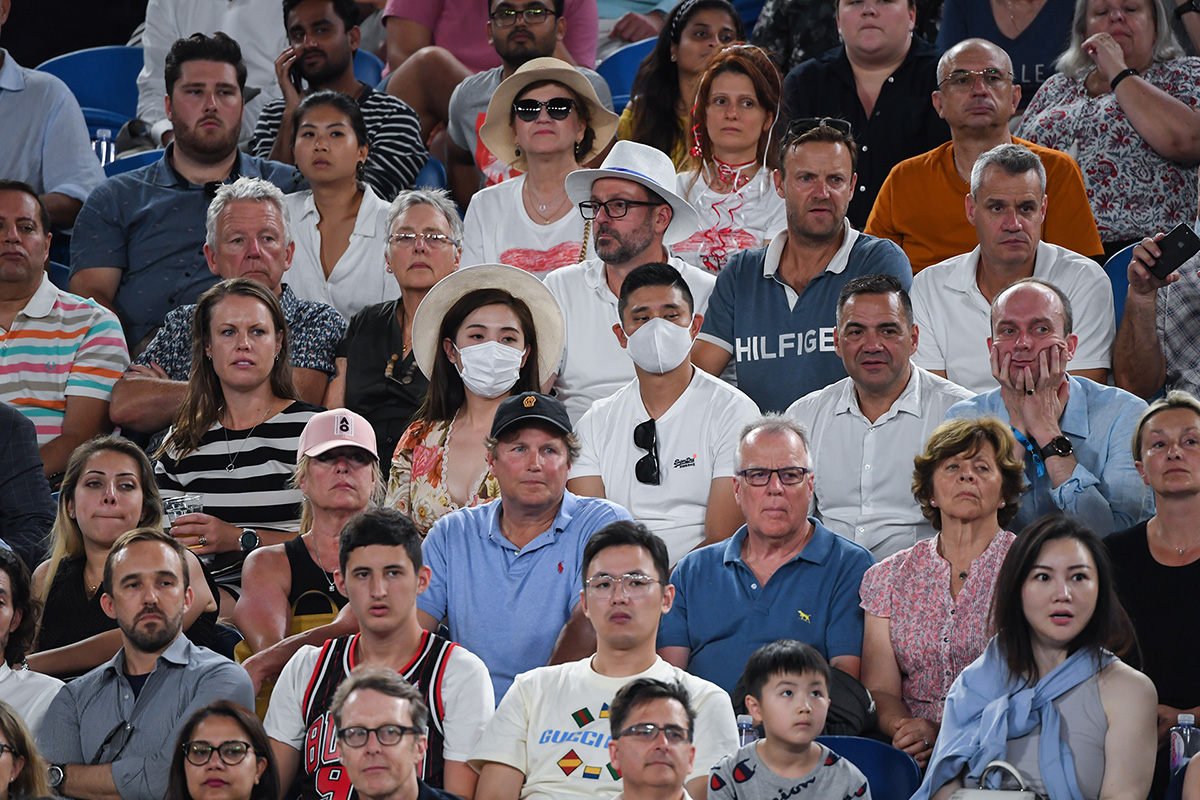 Sherry: What do you think is the best way to break down this ignorance and move forward? I know you mentioned the misinformation, but also there have been recent reports of the doctor in China who passed away from the Coronavirus, who initially warned about the virus but was censored. There are issues with China’s protection of healthcare professionals and censorship. Moving forward, it’s a complex political space. I don’t know what to do.

Jess: Yeah it’s hard. The Chinese government knows really well how to censor people. You have to be careful of what you say on WeChat. Especially with the doctor dying, and they threatened to stop ‘spreading these lies.’ It could be a lesson that could be learnt for China.

Sherry: It’s frustrating. The Chinese government has its issues, but the everyday Chinese person has so little say over the strict censorship rules.

Jess: It’s hard to step in on what China can do. We aren’t citizens there, and for me in my case, I have family there but I grew up here. And I’ve been back a few times, but it’s a completely different culture on what you can speak about.

What we can do as New Zealanders is to be open-minded and stop judging. The coverage of the coronavirus has made people demonise Chinese people. Like ‘wow I can’t believe they eat wild animals!’ That’s also a very strong rhetoric, a strong racist rhetoric. They judge people who do [eat wild animals] as second class citizens.

Judging people based on what they eat reinforces the idea that Chinese people are unhygienic and barbaric. Stop judging people in a Eurocentric way. What might be normal for you, might be weird for someone else and vice versa.

Sherry: You mentioned being asked if you eat dog. I think that’s something almost every Chinese New Zealander kid has been asked.

Jess: Yeah. It’s a very small minority who do eat dog. And even if they do, it’s not reasonable to judge someone. We eat cow and sheep, and some people might think it’s horrible. China went through a huge famine over the cultural revolution, and had to eat whatever they could get. I just feel like, you can’t really judge things different to your way of life.

Another way of tackling racism being spread is more education on media literacy. Make people question what they are reading.

We are in an interesting place as Chinese-New Zealanders, we don’t want an outbreak, but we don’t want to feel unwelcome in our own country.


This article is an edited version of an interview broadcast on 95bFM. Listen to the full version here.