In Hannah’s Wellington flat, she has found mould on her walls and curtains, leaks in the ceiling and at one point, there was even a mice infestation.

She’s only been there for three months - and it isn’t even winter yet.

The Victoria University science student, who asked Re: not to include her real name for privacy reasons, says her and her flatmates only found out after they moved in that the landlord had a pretty bad reputation in Wellington - especially when it came to not responding to tenants’ issues and unfairly trying to take bonds.

Hannah says she first brought up the leaks with her landlord in person after a rainstorm.

“Then we had quite a bit more rain recently, so I’ve brought it up three more times and each time we haven't even received a reply to the text or emails.”

Students most likely to live in mouldy, damp homes

Tertiary students are more than twice as likely as the general population to live in damp and mouldy homes, a study by researchers at the University of Otago, Wellington, has found. 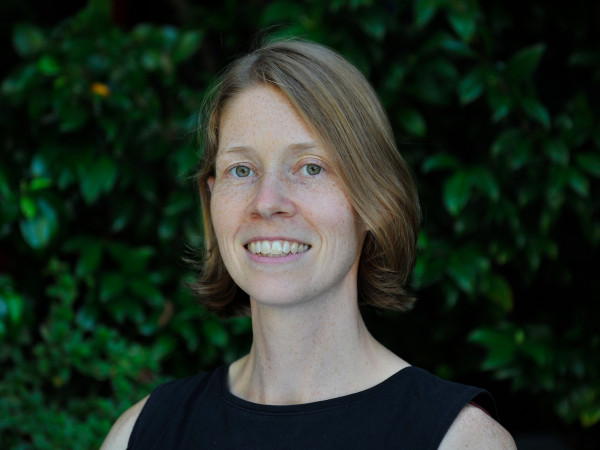 Dr Kimberley O’Sullivan, from the University’s He Kāinga Oranga Housing and Health Research Programme, says 35 percent of the 522 university students who responded to an online survey had mould larger than an A4 sheet of paper growing in their houses at least some of the time.

This is compared to 17 percent of the general population.

Māori students (47 percent) and students with long-term health concerns or disabilities (49 percent) were even more likely to have visible mould in their homes.

Two thirds of the students could see their breath when they were inside their flat, with 24 percent saying this happened regularly.

And almost four out of five students reported shivering inside their home.

O’Sullivan says energy poverty is significantly impacting students' mental health and is the cause of ongoing health issues.

Energy poverty is the lack of access to affordable power and heating.

In the survey, which was published in 2021 but released on Thursday, one in eight Māori students and one in 25 students overall had their electricity disconnected or ran out of prepaid electricity credit because their household could not afford to pay the energy bill.

“Some became physically ill from living in damp, cold, and mouldy houses.

“One student was admitted to hospital with a chest infection, and another said their child had been hospitalised with pneumonia.”

Another student reported taking medication to manage the anxiety they felt from being cold, while another said they felt “gross and unhappy” about themselves because of their living situation.

In the survey, a third of students said they had experienced depression and hypervigilance - a constant state of anxiety where someone is constantly assessing and focusing on potential threats of danger around them.

Students are struggling to benefit from healthy homes standards

“Yes there are the healthy homes standards but having to ask your landlord to help over and over again is really intimidating. You start to feel powerless.”

Geordie Rogers from Renters United, an advocacy group for renters in Aotearoa, says while the healthy homes standards are a step in the right direction, there hasn’t been enough attention on how this can actually be enforced by renters.

“For a lot of renters, it's impossible to get the landlord to actually do anything about it. So while there is this standard, renters are finding it really hard to even address their issues with their landlord.

“Our other concern is how confusing it can be for tenants to try and find out whether their property is actually covered under the healthy home standards or not.”

Rogers says there is a communication issue when it comes to renters knowing what they are entitled to.

“Only up until recently is the Ministry of Social Justice actually required to tell you what you are eligible for.

“And so for a lot of people trying to get a hold of someone who can actually run them through what they could get access to is extremely difficult, especially when a lot of the students we know are studying full-time and also working to pay for these houses that have mould growing in them.”

The organisation has worked with Citizens Advice Bureau on an online tenancy resource, Aratohu, which guides renters through what they need to know when it comes to the healthy homes standards and advice on how to communicate with landlords.

Most students unaware of StudyLink assistance

O’Sullivan says while StudyLink offers grants of up to $200 to students to help with outstanding power bills or to reconnect their energy supply, many students were unaware this was an option.

Only seven percent of students had asked StudyLink for help with their electricity or gas bills.

Of those who did not ask for support, 92 percent were unaware assistance was available and 45 percent said they might have used it if they had known about it.

“Students are acutely aware of the adverse effects on their physical and mental health of energy poverty, but support is either limited or inaccessible and is poorly communicated to those who could benefit from it,” she says.

Going flatting: The best and worst things about getting out of home

When asked why she left home, Effy Filmer's answer was simple: "To have freedom, right?"

'Practise self love, get a properly insulated place': What I wish I knew before flatting

Some tips before you resort to small $15 heaters and warming your hands and feet on laptop chargers.

Māori and the City: finding a flat in Wellington is the second-worst trauma after colonisation

Besides colonisation, I honestly can’t think of a worse trauma than looking for a flat in Wellington during the months of January and February.