Yesterday the government announced a Covid-19 tertiary support package, but the allowances can’t be spent on essentials like rent and food. Students say the government is disconnected from how expensive being a student really is, and that they’re the only group in New Zealand whose Covid-19 support has come in the form of a loan.

This announcement has been met with frustration from students and student advocacy groups.

National President of the NZ Students’ Union Isabella Lenihan-Ikin says this package reveals that the Government is disconnected from the reality of the demand and expense of being a student today. 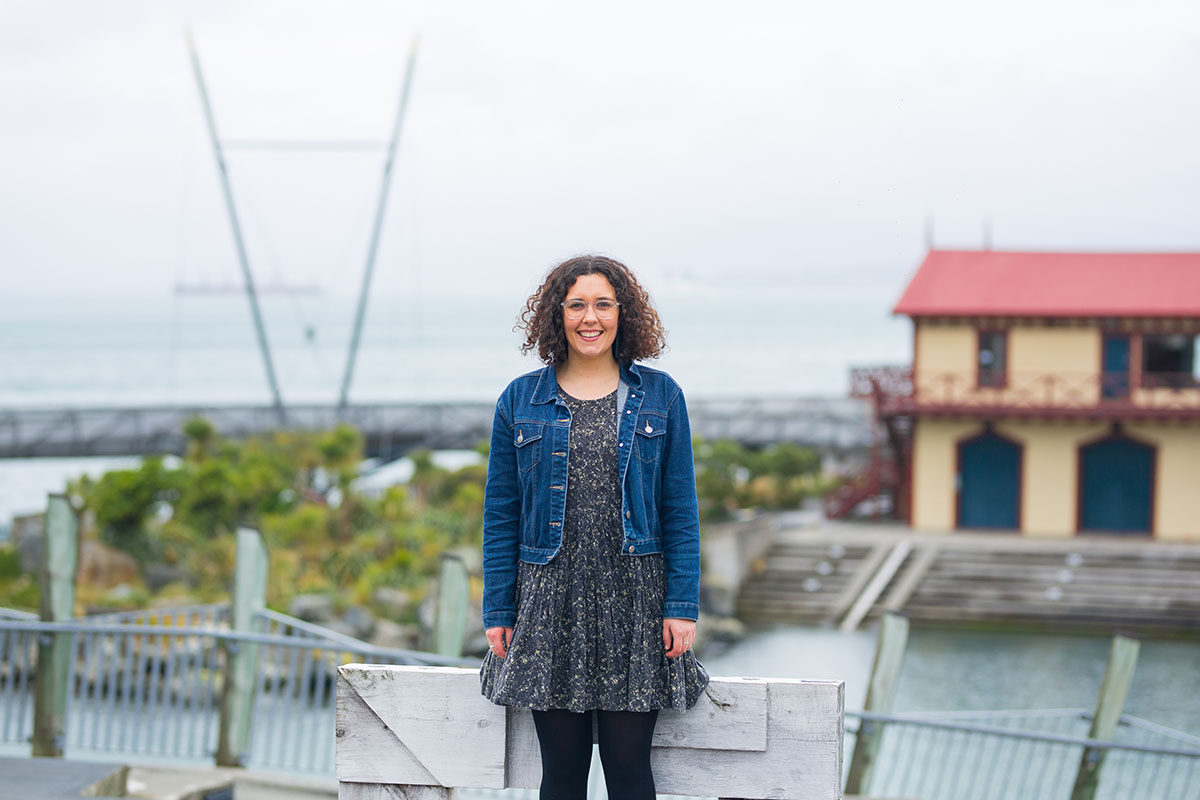 “People in decision-making positions don't understand that existing StudyLink payments, either in the form of student allowance or living costs, are insufficient at the best of times to cover the week-to-week expenses that students face - whether it be rent, power, food, wifi, all those things,” she says.

“Here we have an example of students not receiving enough money to get through this period, but also, this makes students the only group in the population who are expected to borrow to live.” 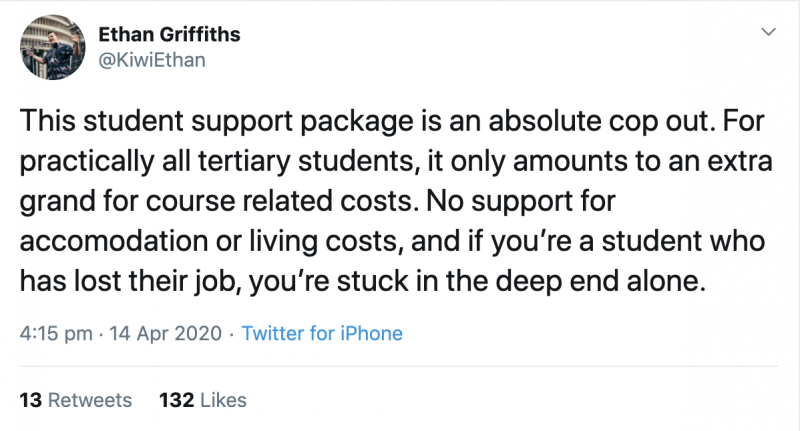 By offering this support through the course-related costs loan extension, this makes tertiary students the only demographic being offered Covid-19 support in the form of a loan.

Course-related costs is a $1000 loan students can apply for once a year. The loan is only meant to be used for study materials like textbooks. But it’s long been a discussion among students about how far the definition of ‘course-related’ can be stretched.

In a Reddit post from last year, a student asked if buying a car could be considered course-related, to which he got a range of perspectives from, “I bought a couple of ounces with my course related costs. So yeah a car seems reasonable”, to “I used to work for Studylink. They don't ask for proof of what you're using it for. Use it for whatever you want.”

Since the announcement of the tertiary support package, the NZ Students’ Union has received clarification from the Education Minister’s office that even during this emergency, the extension to course-related costs can still only be spent on course-related expenses. It can be extended to some living costs such as power and internet, but this means if students are following the Government’s rules this relief package cannot be applied to many people’s most pressing living expenses like rent or food.

By offering support through this restricted loan, Isabella says the Government has completely missed the mark of addressing the difficulties students are facing.

“The largest areas of hardship we are seeing through student hardship grants, is for accommodation and food.”

“This reveals to me that the Minister did not consult with students, and therefore he made an announcement that didn't meet the hardship needs of tertiary students at this time.”

Isabella says student unions sent a Covid-19 action plan three weeks ago to the Education Minister, but never heard back.

“We sent Chris Hipkins, as well as the Associate Minister, this action plan. We asked several times to get a meeting and were just not consulted with. I found out 15 minutes before this announcement yesterday that this was happening. Students were completely blocked.”

As a result of this lack of consultation, Isabella says Chris Hipkins missed the mark of what students needed. As far as she could tell from his announcement, Hipkins believed that by raising the course-related costs loan, he was making sure students could access technology needed to engage with courses online during lockdown and beyond.

“There will be a small group of students who will need this $1000 because they don’t have a current device, for instance.”

But if the Government thinks this is the most pressing concern right now, Isabella says, they are “in denial of the difficulties of being a student in 2020 and the insecurity we face just to get by and pay our bills.”

For many students, their part-time jobs were crucial for meeting the expenses of being a student. Unfortunately, Isabella says, these were the first jobs to go due to the pandemic and many students were let go before wage subsidies were introduced.

“Students work in vulnerable employment areas and already suffer employment insecurity. Because they were laid off before the wage subsidy came in, they are not able to access it.”

As such, she says many students are now being forced to walk away from their studies in order to survive.

“I know of students who have made the calculations themselves - some of whom have been told by the Ministry of Social Development that they would be better off financially leaving their studies and go on the job seeker support benefit. Purely because, that is money that won’t be added to their loan each week, and is actually more money.”

With an impending economic recession, like everyone, students are very sensitive to money right now. If the choice is to take on more debt in order to survive, or move onto Ministry of Social Development support, that could lead to many students walking away from education at a time where it will be most important, Isabella says.

“We already have the seventh-highest student debt in the OECD, and increasing debt is not the way that we are going to move through this period of economic recession.”

“We need to be supporting students to stay in study. Education will be what enables this country to move through this recession in a positive way. As unemployment rises, we will need people to go into education to retrain, and for the economy to rebuild post-Covid.”

Re: contacted the Education Minister Chris Hipkins' office for comment but had not received a response by time of publication. 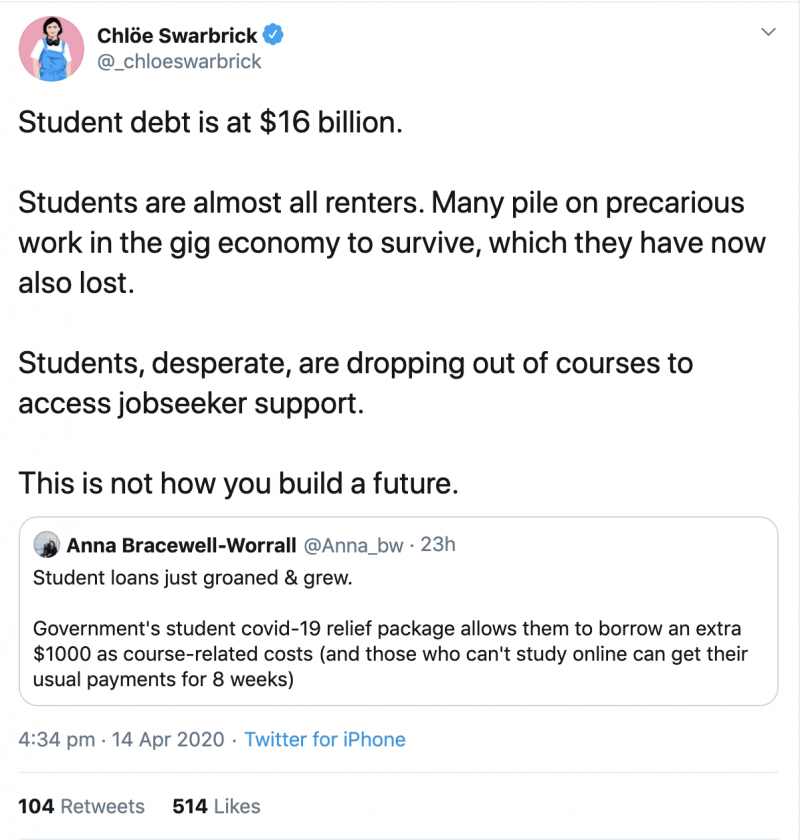 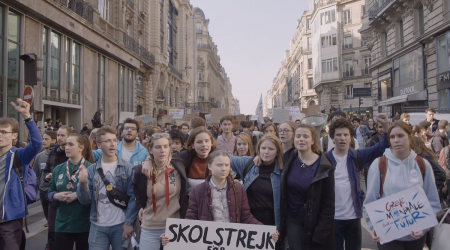