Surprise, surprise: new research has found visitor noise outside kiwi enclosures is not good for the birds.

Ringing cell phones, loud noises from visitors and even the sound of heavy rainfall on a badly-insulated roof are some of the sounds making kiwi behave abnormally.

They found kiwi exposed to noise disturbance from visitors were more likely to display “abnormal behaviour” like jumping or sprinting away in a startled response, or pacing back and forth.

In some cases, the sound made by visitors was louder than 70dB, about as loud as a vacuum cleaner.

Captive kiwi are already stressed, the researchers say, because they like to roam widely to forage for food, and because they are used to living by starlight, which can be difficult to replicate in an enclosure.

Sounds from visitors are one of the most common disturbances for animals in captivity.

Brown kiwi are more likely to be stressed by sound because they have excellent hearing. They can hear sounds at low decibels and have a unique hearing system with lots of nerves.

Out of the four enclosures studied, only one had good enough soundproofing, and the birds who lived there were the only ones that didn’t show any abnormal behaviour.

“It is therefore vital that visitors... minimise noise, and move slowly in the enclosure, both for the sake of the animals and for their own experience,” the study’s authors say.

The researchers also found that disturbances from keepers and rain noise on the roof impacted kiwi.

The study was published in the New Zealand Journal of Zoology this week.

The authors suggest enclosures should have double or triple-glazed soundproof windows, and other insulation methods.

Or also, you know, people can stop tapping on the damn glass. 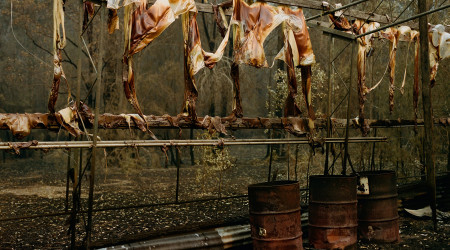