Otago and Auckland University are automatically bumping up grades across the board in response to Covid-19. But most other New Zealand universities have ruled a grade bump out and will only review unusually low marks. Special consideration is meant to help students, but if it's not consistent across universities, does it just make things worse?

Within the space of a week universities in New Zealand transformed to completely remote learning to stop the spread of Covid-19. Classroom discussions turned into Zoom meetings. Placements in hospitals switched to Healthline calls. Overseas exchanges were cancelled.

Despite campuses now reopening to students, lectures will remain online for the rest of the semester. While some students are thriving with remote learning, others are struggling and fear they are missing out on their education. The disruption of Covid-19 on education is significant and lasting, so what are universities doing to compensate?

In the United States, an overwhelming majority of universities, including some of the world's most elite, are implementing a pass or fail grading system instead of letter grades. The move aims to protect less-resourced students who can no longer rely on university facilities. Several universities in the United Kingdom are also doing the same, some in Australia have also committed to no longer recording failed units on students’ academic transcripts during Covid-19.

Here in New Zealand, none of our eight universities are implementing blanket pass or fail grading systems like overseas universities.

But Auckland and Otago have decided to bump up all final grades for semester one courses by one grade step. This means a B+ would become an A. These modifications will be automatic, meaning no one will need to submit an application saying they have been impaired by Covid-19 because the universities will assume everyone is “moderately impaired”.

In contrast, the vast majority of universities (Canterbury, Victoria, Waikato, Lincoln, and Massey) have ruled out a blanket scale-up and are using a more case by case special consideration process. A spokesperson for Massey told Re: it will “consider the student's previous academic performance and the results of previous cohorts to assess the impact of Covid-19 in a very nuanced way.”

This will mean noticeably impacted courses are likely to have their grades modified. But courses that adjusted well to the lockdown won’t. This method differs significantly from Auckland and Otago’s blanket approach, where all courses, regardless of whether remote learning made them more difficult or not, will get a grade bump. AUT told Re: it is still debating what adjustments it will make to grades.

The inconsistency raises concern as to how fair special consideration is if it’s not the same across all universities.

In an email statement, the University of Auckland told Re: “the approach was developed in partnership with Auckland University Student Association leadership and was agreed because it was fair, consistent and could be delivered in a timely manner.”

“This was the right approach for University of Auckland for this semester. We are not comparing against any other university.”

But in reality, students across universities are constantly comparing and competing against each other - whether it be for scholarships, employment, or simply recognition. 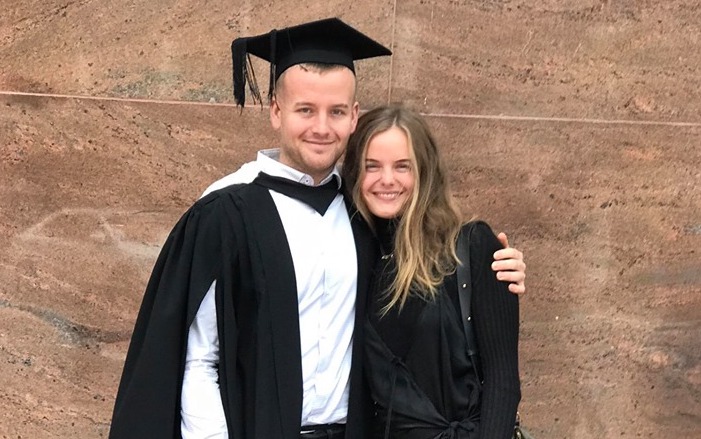 Healy Jones and her brother Jack.

Healy Jones, 22, is studying her masters in education at Victoria University. She says while upscaling grades is a positive way to support students, it is unfair if it is not consistent across all universities.

“As someone who is doing postgraduate study at Vic, and is acutely aware of my grade point average (GPA), if I don’t get that extra grade increase and someone else does, that could significantly affect my future and my ability to get a scholarship, especially compared to someone at Auckland.”

Postgraduate students with a GPA of 8.0 or higher, or Māori and Pacific students with a GPA of at least 7.5 from any New Zealand university will automatically receive a scholarship to do a PhD. Universities will cover the tuition fees completely, and the student will have a yearly stipend allowance of $13,000 to $27,000.

So students who get a bump to their GPA could be better placed to secure a fully-funded PhD scholarship.

University of Otago acting deputy Vice-Chancellor Pat Cragg told Re: the across-the-board mark increase “recognises the disruption that all students have faced in the first semester due to Covid-19.”

“This has been an unexpected and unprecedented disruption, and while our students have adapted admirably, this will have impacted on their ability to perform to their usual standard.”

“I think it is really bold for universities to scale up every grade because you don’t know if Covid is going to have a significant impact on every student,” says Healy. 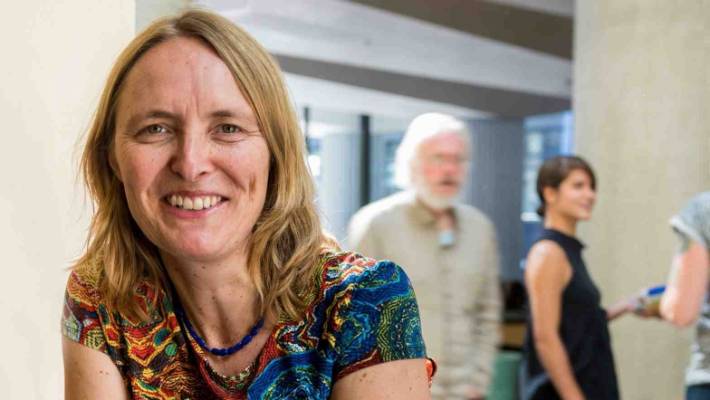 Bronwyn Wood, an education professor at Victoria University, says the blanket scale-up approach is unnecessary, especially because so many students are coping well with remote learning. “As educators, we think a lot about these kinds of things, we have the internal systems that would have kicked in if we noticed that the students had particularly lower grades.”

Bronwyn is currently marking assignments that were written during the thick of Covid-19 chaos and says the standard is “the same if not better” because extensions have been easier to access.

“Students have been very resilient and are taking a great deal of care in their assignments,” says Bronwyn. “So far I haven’t felt the need to moderate. I have taught this same course for eight years and I would know if their grades were significantly lower.”

Bronwyn says about five to ten percent of her students have been significantly impacted by Covid-19. The inability to get online, having to work more for financial reasons, or having poor mental health are the biggest effects. These students are supported on a case-by-case basis. Every university has additional special consideration procedures if Covid-19 impairment is significant.

“It would certainly not be something I would have done myself,” says Bronwyn. “I think we need to trust our teachers to make those decisions on a case-by-case basis.”

“I am shocked to be hearing that,” says Healy. “With something like a thesis that gives you a huge advantage. If that was an option I would be taking it.”

“While we acknowledge that adjusting for disruption/impairment is difficult, we note that the mark adjustment we are providing is not meant as a ‘bonus’ to students, but as an adjustment to performance which has been impacted by the events of the last eight weeks.”

If there was an unusual jump in Otago and Auckland students' GPAs and eligibility for scholarships Browyn says this could be easily traced back to this period and the grade bump would be taken into consideration when awarding scholarships.

“I think it will work itself out in the mix without significantly disadvantaging other students. But the inconsistency with different decisions and no coherence between the universities and their decision making is frustrating.” 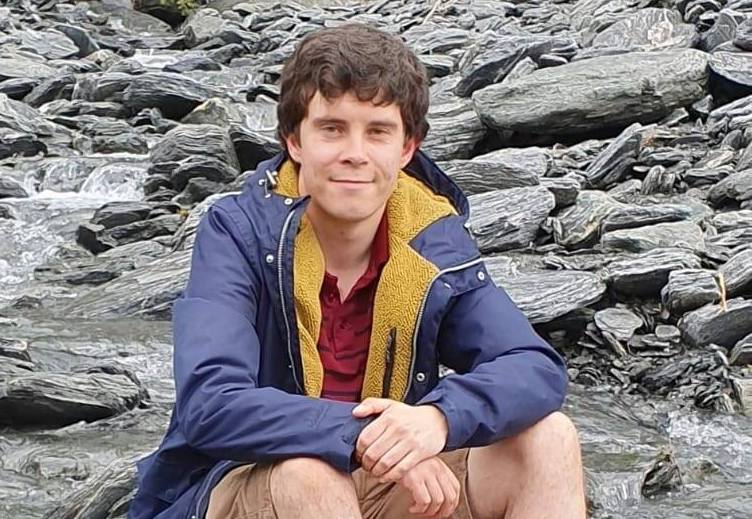 Roger Stoves, 27, is in his first year of law at Canterbury University. He is concerned that law students at Auckland and Otago will have an unfair advantage when it comes to employment because they are guaranteed a grade bump others are not. In the law sector, it is common for employers to request your academic transcript when applying for jobs.

“Grades and GPA matter,” says Roger. “Some professions may look at your GPA and your grades for your degree when deciding whether to take you on as the GPA can reflect your academic ability. The higher the better.”

He says the inconsistency “promotes a sense of unfairness”. “It really only is fair if every other university follows suit. If they do not, then a student that gained an upscaled result when others have not will gain an unfair advantage because that advantage was not applied across the country.”

Healy thinks it is fair for lecturers to decide when to upscale grades. But Roger says he would prefer to see his and every other university follow Auckland and Otago’s lead to even the playing field. He says a grade increase across the board is a fair way to recognise the challenges students have faced this semester.

“Being at home does not provide the same learning atmosphere as being at university offers and performance may slip. Without being upscaled, a student can potentially fail a course that they were on track to passing before the lockdown occurred.”

28 May 2020: This article was updated to clarify that no New Zealand universities are implementing blanket pass or fail grading systems. 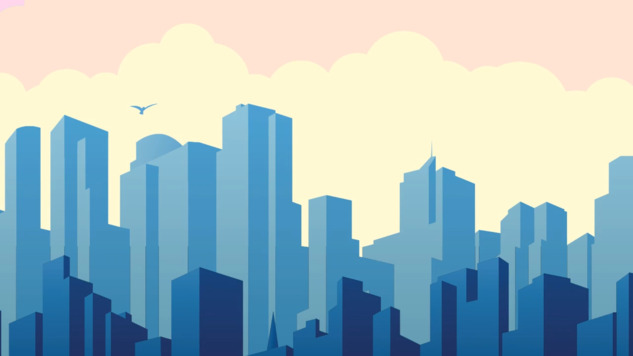