“I was like, man, this makes me feel things,” says Milly. “I wanna make a really fun lesbian version of it.”

Milly Tabak & The Miltones are an Auckland-based Americana-styled band with a warm, organic sound that’s refreshing in the current popular music landscape (so organic that their new album was recorded live). They’re soon releasing the follow up to their first album (which was published under the name The Miltones), which won the 2018 Taite Prize for Best Independent Debut.

In ‘Liven Up The Night’, Milly paints the scene of two lovers fooling around in a van. She says she approached the storytelling through “a 90s lens,” sprinkling in details like ringlet curls, slip skirts and CD collections. “And then they open the door and it’s like the afterglow of finally being yourself.”

The music video, directed by Christian Tjandrawinata and filmed by Luca Turner, embraces that dreamy euphoria, with the two lovers coming together to glide around in roller skates in an empty, neon-lit warehouse. It’s joyful and romantic, and does justice to the soulful, rush-inducing ways Milly croons lyrics like, “Love watching you twist my ringlets / As I pull your slip above your waist”.

The song has added significance for Milly because of the gay women in her family. Her cousin coming out was another push for Milly to write the song (the cousin messaged the family chat: “Hey guys, just letting you know I love girls now”).

And Milly’s great aunt was Grace Gooder, who once played on New Zealand’s women’s cricket team and worked as a nurse at Mt Eden Prison, where the inmates sang ‘Amazing Grace’ when she passed in 1983. “It was kind of known that she was gay,” says Milly, “but no one was able to talk about it.”

Around the time Milly was writing ‘Liven Up The Night,’ she found out her great aunt underwent conversion therapy in her 20s. Milly says it’s “heartbreaking” that the practice, which attempts to change non-heterosexual sexualities to fit heteronormative standards through psychological and physical methods, is still legal today. “And obviously it doesn't work because she ended up living with Auntie Margaret.”

Milly pays homage to her great aunt by featuring her briefcase in the video, where it’s passed between two present-day gay people in a milk bar. While Milly wishes her great aunt could’ve seen the video and how more people are embracing the LGBTQIA+ community today, the briefcase serves as an object that connects Grace to the present - and us to the past.

“She was such a remarkable Kiwi girl,” says Milly. Throughout the chorus of ‘Liven Up The Night’, Milly repeats the words “it’s so simple” - sometimes in a soft, comforting tone and sometimes as a triumphant statement - because simple is what two Kiwi girls loving each other should be. 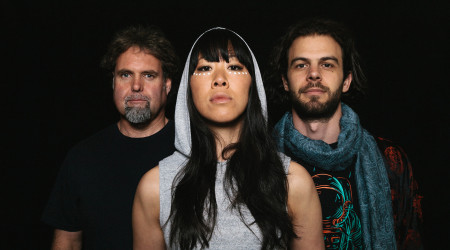 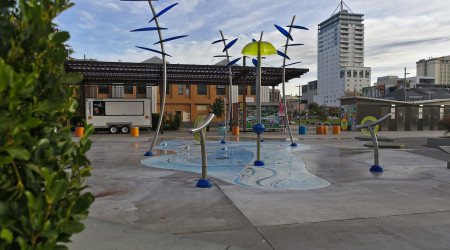