Kahu Kutia was one of thousands who travelled to Ihumātao in mid-2019 when the three year resistance of mana whenua to a new housing development reached a climax. In episode 5 of He Kākano Ahau, she finds out what it takes to build an indigenous resistance movement. Listen to the podcast at the bottom of this article.

When we set out to create the podcast He Kākano Ahau, we could never have imagined where the kōrero might lead us.

I recall sitting on the porch of Pania Newton’s whare one evening early last year and looking out over the wide green fields of te Ihu o Mataoho. Sitting there, I felt something I don’t often feel while in Tāmaki Makaurau. I felt peaceful, no doubt being fed by a land that was thriving and warm despite its history. 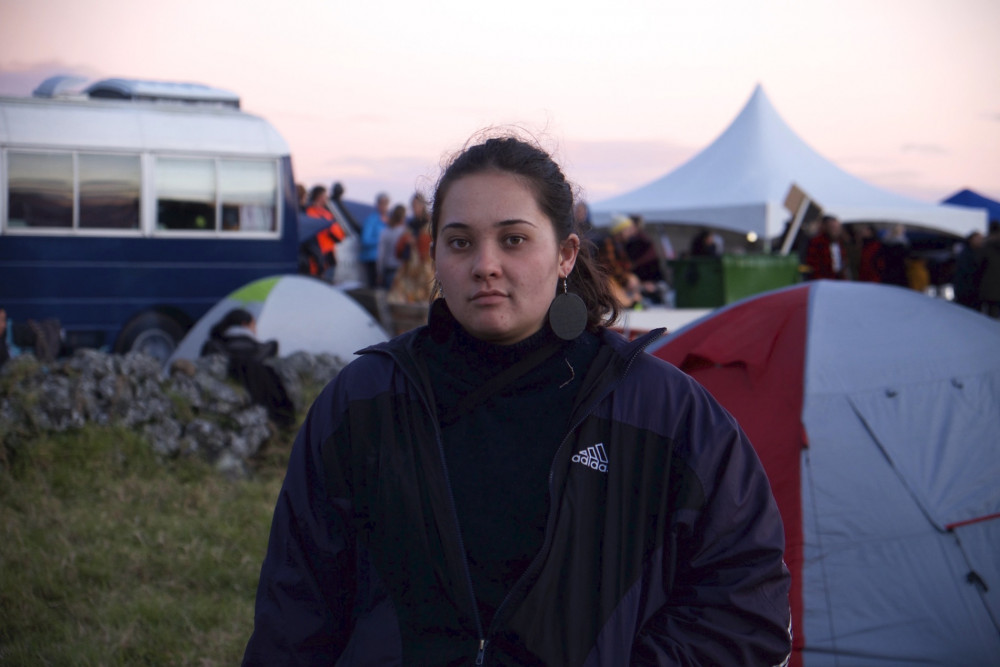 Kahu Kutia: “It is an immense privilege to spend time at Ihumātao.” Photo Frances Morton

It is an immense privilege to spend time at Ihumātao. I say that as a person who has been grateful to be manuhiri on that whenua, and as someone whose whakapapa stems from elsewhere. Ahead of me I see the maunga Puketāpapa, which was quarried to build the roads of the city. To my left, the Manukau Harbour. This was once a rich pātaka kai for Pania Newton’s tīpuna, but became unfishable when the city began emptying sewers into it. To my right, a long line of signs hung on fence posts painted in bright colours. 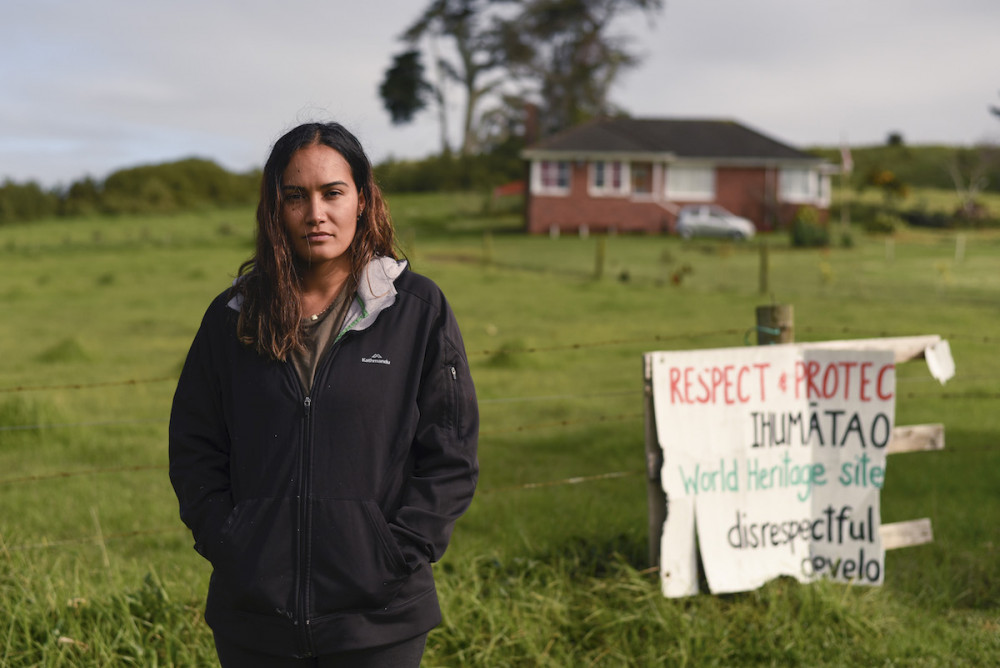 Ihumātao was once a rich pātaka kai for Pania Newton’s tīpuna. She’s been opposing a housing development on the land for 5 years. Photo Nicole Hunt

This land is in dispute

Don’t build on our ancestors graves.

They are a reminder that at any point, the peace of Ihumātao might be disrupted by the arrival of police, or by diggers, or by Fletcher Building Co. This was land that was violently stolen from the hapū only 20 years after the Treaty was signed, in fact it came very early in a traumatic history of land confiscation that meant that by 1939 the vast majority of Aotearoa was now wrangled under British concepts of ownership. It is this history of land theft and colonisation that influenced the massive migration of Māori to the city in the 20th century, something explored in other episodes of He Kākano Ahau. 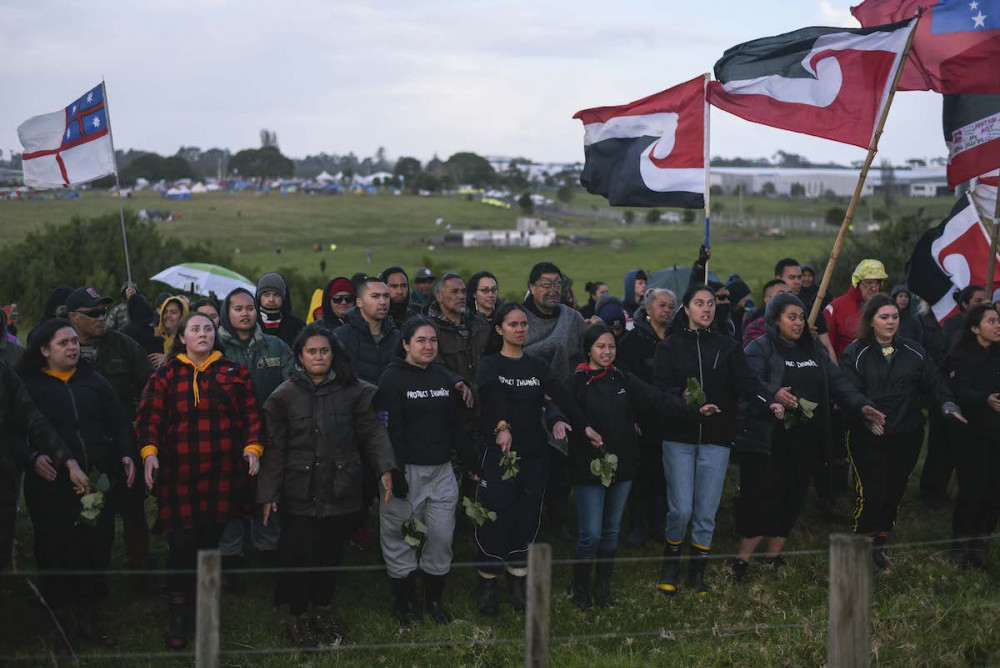 In contrast to the other stories where we had talked about Māori who came to the city, this story was different in that urbanisation is instead encroaching on Māori. I asked Pania if she considers herself urban Māori. Her answer? No. Her whānau are living on their ancestral land. On land that may have been the site of the first cultivated gardens in Aotearoa, they are looking to revive the practices that will allow them to be self-sufficient here for generations to come. This is tino rangatiratanga in action. It is planting seeds that might not be fruitful in your lifetime, but will feed those who come after you. 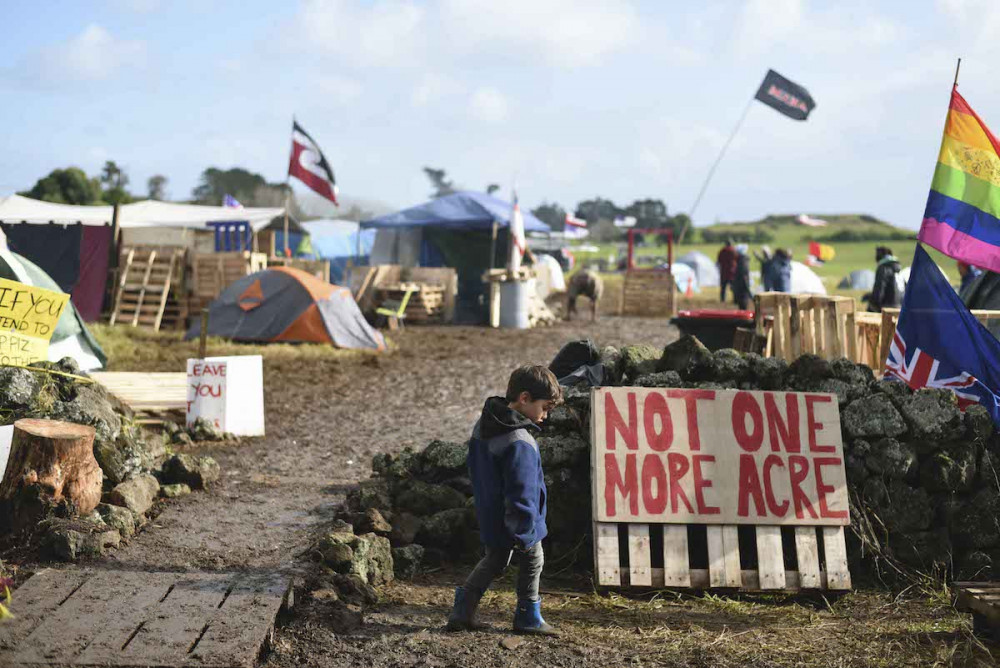 “Tino rangatiratanga is planting seeds that might not be fruitful in your lifetime, but will feed those who come after you.” Photo Nicole Hunt

While creating this episode, I was still thinking about all of the things I explored with Hana in episode four at Ōrākei Marae. She is one of the mokopuna who comes in the wake of the fight that took place on Takaparawhau in the 70s and all the years since. I decided to look into the archives at Ngā Taonga Sound & Vision to see what might be recorded of Matua Joe Hawke back then. Have we made progress since then? I wanted to know if things were different for those kaitiaki.

I was surprised to learn that there were some differences, but also many similarities between these two land struggles. Like Pania, Joe Hawke also faced the issue of support from some kaumātua and condemnation from others. But like Pania, Joe was a visionary who wove a dream for his whenua that at that time might have seemed impossible. I think back on this interview with Joe Hawke in 1978.

I remember the slogan that was held constantly on the march. Not one more acre of Māori land taken...We will struggle on and fight on to make sure that that position does never ever come again.

Even more special was to hear Papa Joe’s vision all the way back in 1978 that would one day lead to the building of Ōrākei Marae at Takaparawhau. About three minutes into this item, Joe Hawke talks about building again in the wake of the destruction of Te Puru o Tāmaki Marae in Ōkahu Bay and the theft of the land by the government in the 1950s. 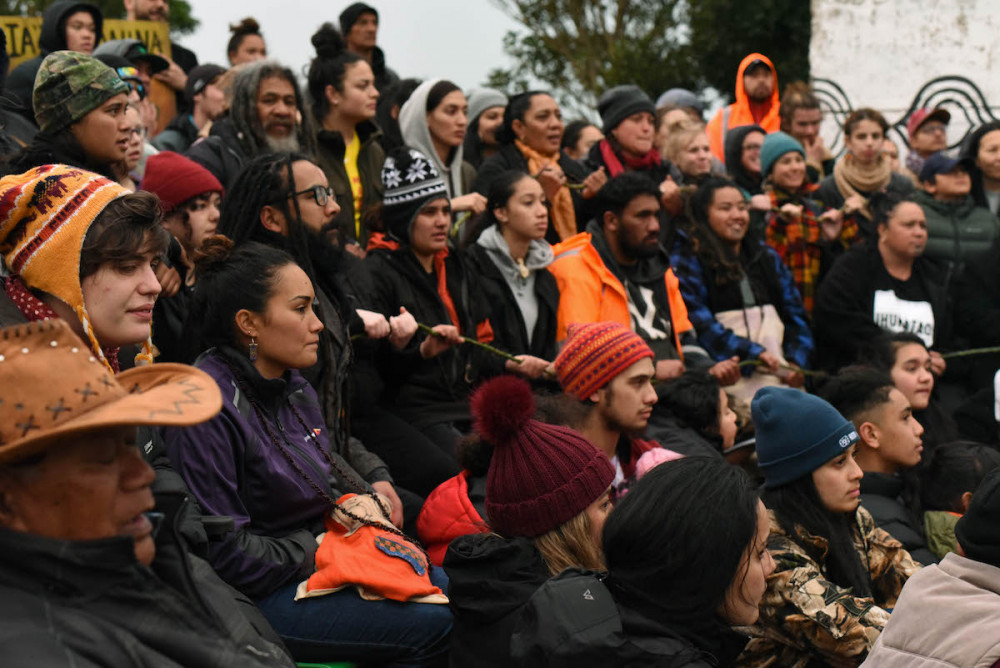 Today, I join the people of Ihumātao in waiting for the government to announce a decision on this whenua. Ostensibly the conflict has been deescalated, and yet still this issue is not settled.

This episode of He Kākano Ahau is an acknowledgement of the power of intergenerational vision and the leaders who have led us with this vision in mind.

By Ursula Grace Productions, made possible by the RNZ/NZ On Air Innovation Fund. 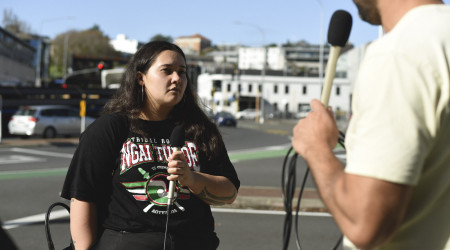