“I want to make music that's classic and kind of hits the spot,” says Adam Hattaway.

There’s a repeated motif in Adam Hattaway and the Haunters’ new music video where Hattaway turns his “ridiculous, cherubic face” (fellow Christchurch musician Marlon Williams’ words) to the camera, and locks us in an unwavering, insouciant gaze. He shakes a tinselled tambourine in one hand, splays out the fingers of his other hand and sings the irresistible chorus. It really hits the spot.

The video, co-directed by Martin Sagadin and Marlon Williams, is for the song ‘Nothing Lasts’ from Adam Hattaway and the Haunters’ 2019 album Crying Lessons. “I was strung-out and jet-lagged at Brisbane airport at 4 a.m. in September last year, listening to Adam’s album Crying Lessons on repeat and for some impertinent reason decided I should conjure up a video for my favourite track,” explains Williams.

Hattaway describes the song, written by the Haunters’ guitarist Elmore Jones, as a “woozy swamp ballad” that “leans toward classic songwriting style, incorporating soul, R&B and tears.” With Bob Dylan-like vocal flairs and what sounds like a four-piece backing band, the song sounds simultaneously plucked from a smoky nightclub in the 60s as well as firmly situated within our current decade. Hattaway says that walking the line between revelling in sounds that are classic and satisfying without being derivative requires refraining from the “obvious”.

“You know, when you're listening to music, and it gets to the chorus or the coda or the line and it's kind of really obvious what they're singing. But you don't want it to be too obvious. You don’t want to be really abstract and cryptic, but you don’t want it to be so obvious that there's no point in even saying it because it’s been done before.”

In the finale of the music video, Hattaway’s character has just been executed for robbing a bank. He pops back in angel wings and a tinsel halo, tambourine still in hand as he sings the song’s catchy “ooh-wee, ohh no” refrain in a misty haze. Then as the song winds down, he leans in close to the camera and utters a single word: “suffer”. The panache is captivating. And, we can safely say, it was not too obvious. 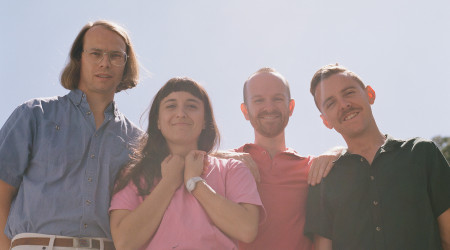 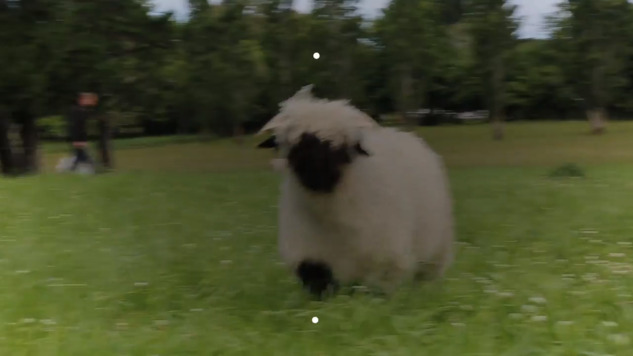