The National Party says we should hold a referendum on whether to use Aotearoa as an official country name.

According to National MP Stuart Smith, there was “overwhelming reaction” to an opinion piece he wrote on Labour and the media “de facto changing” the country’s name to Aotearoa New Zealand. It shows New Zealanders want a wider discussion on the topic, Smith says. He also thinks a referendum is needed.

Interestingly, the origins of both “Aotearoa” and “New Zealand” are not straightforward.

To start with, the motu (islands) now known as New Zealand only became known as a collective in the 1600s due to Dutch explorer Abel Tasman. In 1642, Tasman sailed the waters along the west coast of the motu and used the name Zeelandia Novia in his writings and mapping charts. This name was later anglicised to New Zealand by Captain James Cook.

Before that, iwi did not have a singular name for what we know as “New Zealand” now, instead referring to individual geographical locations and landmarks across the motu like Te Ika a Māui (North Island - the great fish of Māui) and Te Waipounamu (South Island - the waters filled with greenstone).

Traditional Māori oral history says the name Aotearoa came from the ancient explorer Kupe and his wife Hine-Te-Aparangi (also called Kuramārōtini). On voyages, explorers like Kuramārōtini would call out “Aotea” when clouds were visible. Oral tradition details when Kupe and Kuramārōtini were close to what is now Hokianga, Kuramārōtini saw a long stretch of cloud and called out “He ao, he ao, he Aotearoa”. In English, it translates into “a cloud, a cloud, a long white cloud.

However, the name itself wasn’t generally used by tangata whenua. Rather, local place names were often descriptive and derived from iwi connections to their own genealogy and connection to Hawaiki. Essentially, there wasn’t a need to define the islands as a single nation. That changed with the arrival of Pākehā.

Aotearoa, New Zealand, or both?

Notably, the name New Zealand with the transliteration Nu Tireni is used throughout the founding documents of our country, He Whakaputanga - Declaration of Independence and Te Tiriti o Waitangi - The Treaty of Waitangi. Unlike Aotearoa, Nu Tireni was never adopted among tangata whenua.

Today, both Aotearoa and New Zealand are used in official documents such as passports and parliamentary bills. The Government, along with many large companies like Vodafone NZ, Spark and TVNZ also use Aotearoa as the name for the country. Interestingly, it’s become more popular over the years due to its inclusion in mainstream education through school journals and historians.

But, as Smith points out, Aotearoa is not accepted by everyone. A referendum would be an official way to ask New Zealanders what they think - however, it’s not cheap. In 2015 and 2016, the John Key government held two referendums for possible flag designs at a cost of $21.8 million. Despite the big bill, nothing was changed.

Last year, we also held referendums on giving people the right to choose to end their life under certain conditions, and whether to legalise and regulate cannabis. The former was a success and the latter was rejected. While costs for both are yet to be finalised, $18.2 million was set aside.

'It’s everything': 11 wāhine tell us about their relationship to te reo Māori

The fight to save kauri with mātauranga Māori 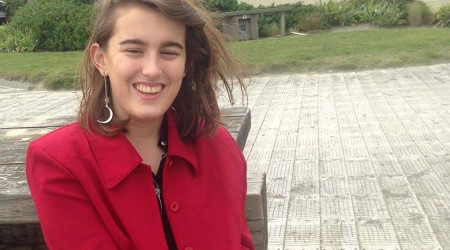 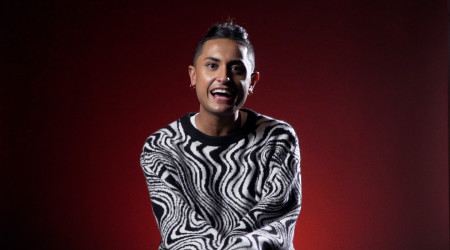