In this episode, Kahu engages in wānanga with two kaikōrero advocates who are reimagining justice in Aotearoa - Awatea Mita and Emmy Rakete. It's a tough listen, especially for whānau Māori, but understanding where we are and where we've come from is necessary to begin planning for where we will go.

Scroll down the bottom of the page to listen to the kōrero.

In fact, the first prisons in Aotearoa were filled by Pākehā. Today, due to overpopulation and over-representation of Māori in prisons, most whānau Māori can name at least one whānaunga inside behind bars.

Delving deeper into these overwhelming statistics, episode five of He Kākano Ahau traces the history of prisons in Aotearoa and [what many see as] the continual failure of these institutes, especially for whānau Māori.

Although Māori only account for around 17% of the general population of New Zealand, there is a disproportionate number of Māori in penal institutions across the country. Māori make up 52.9% of the prison population according to September 2020 statistics from Ara Poutama / Department of Corrections. 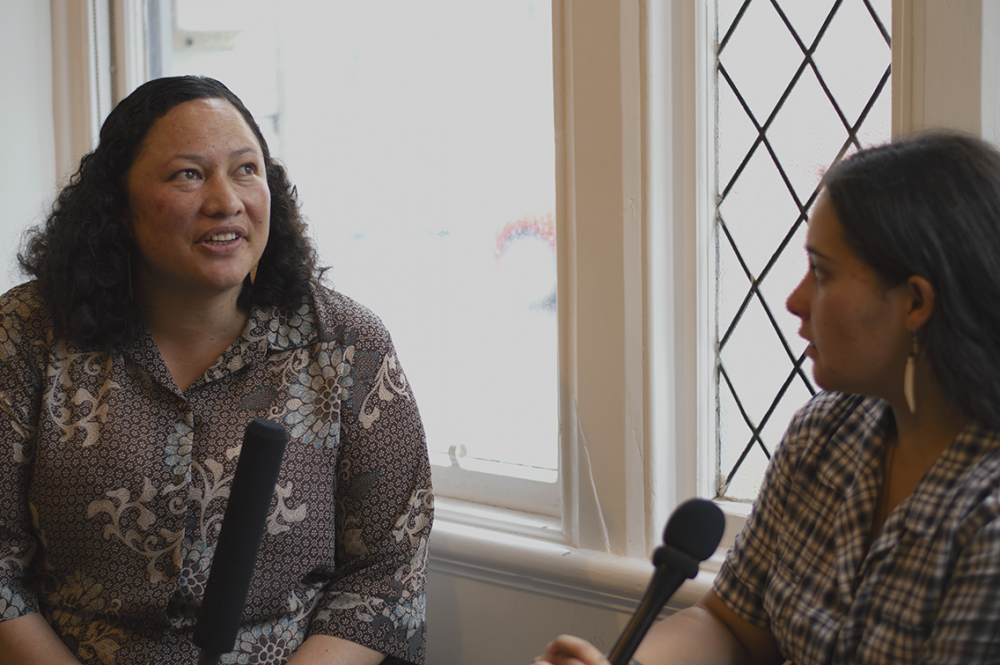 Knowing what it looks and feels like to operate within a prison and the judicial system, Awatea Mita (Ngāti Porou, Ngāti Pikiao, Ngai Te Rangi) does a lot of mahi in and around prisons, specifically with wāhine Māori. Having been previously incarcerated herself, she recounts arriving and looking around at the other women in prison, only to be met back with eyes similar to her own, those of wāhine Māori.

"As Māori women, as the most marginalised community in this country, brought up under that cloak of colonisation that has a purpose of ensuring that you for one don't know your rights and if you do, that you're not going to fight for them. That's how that system can continue to be self-constituting and perpetuates itself because there's no one there to challenge it." 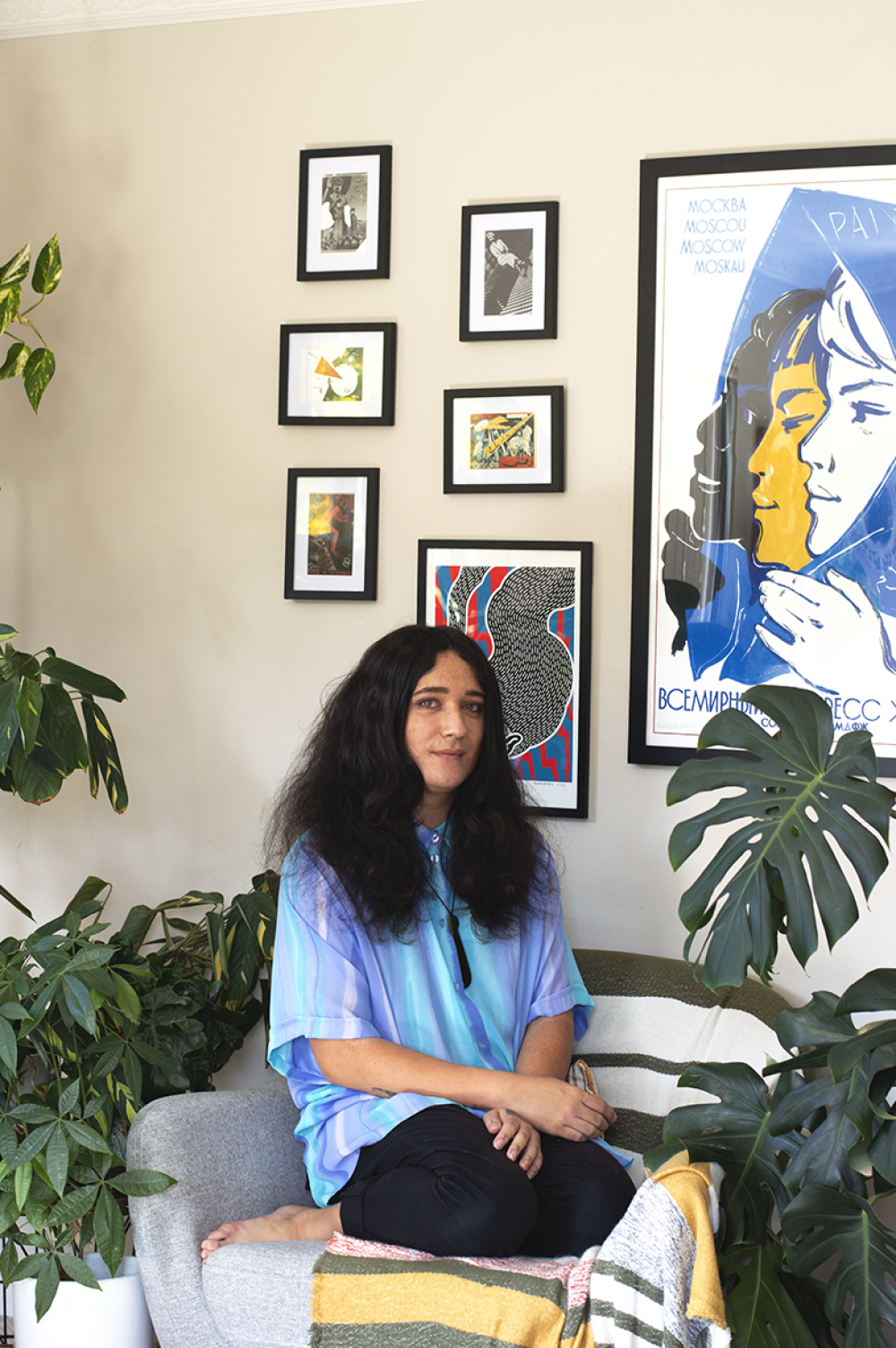 Fighting for this community and for these people is what Emmy Rakete, an uri from Ngapuhi, Te Rarawa and Ngā Kaimahi o Te Ao, does daily.

Whether this is with others from the organisation PAPA (People Against Prisons Aotearoa) or as a PhD student writing about the history of prisons, and their correlation with capitalism.

Emmy speaks further with Kahu about the main function of prisons in Aotearoa and how contrary to popular belief, prisons are not, in fact, set up to rehabilitate criminals, according to Emmy.

"They make us stop looking at structural social problems, they make us stop looking at the fact that people are desperate, hungry and poor, they live in the worst houses in the worst neighbourhoods, with the worst access to education, healthcare, treatment for traumatic brain injuries, we don't look at any of these structural social problems, we just look at the bad person that did a bad thing and put them in a box."

All of these social issues can ignite feelings of hopelessness, however both Awatea and Emmy believe that the answers to reimagining justice in Aotearoa, may lie in the past.

For Awatea, it begins in tikanga Māori, mostly in how we respect ourselves and those around us. Bringing it back to the communities of these people and acknowledging their hurt, their behaviour and their harm.

"Let's get rid of that old colonising system, there's no amount of reform that is going to make it capable of delivering good outcomes for our whānau. Let's start again, let's be true to our Treaty of Waitangi relationship, Te Tiriti, and look at this with a different lens." 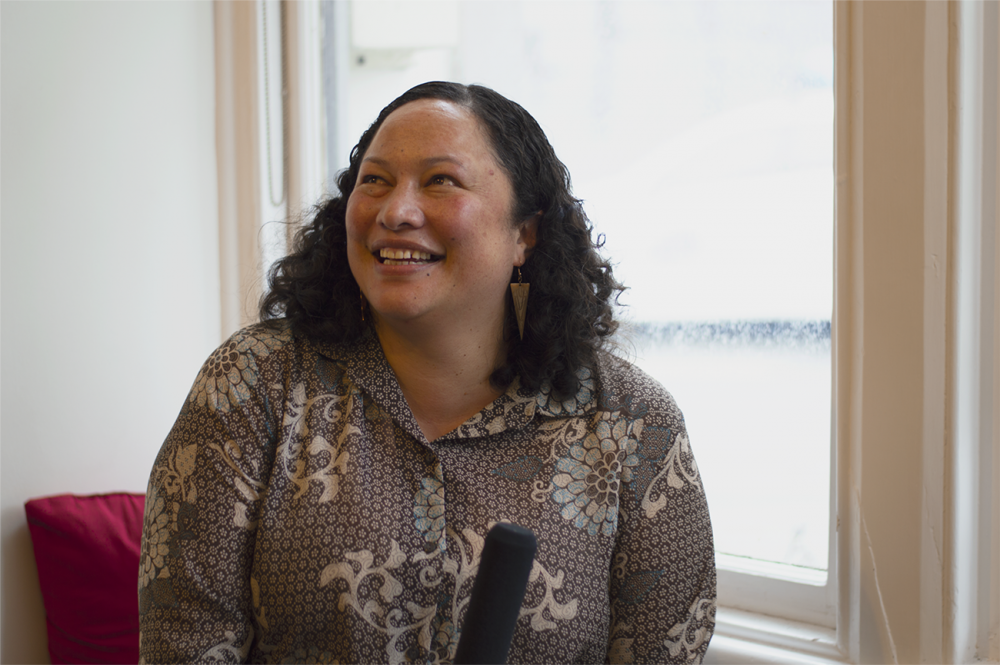 Tearing down systems that don't work seems obvious, but it is difficult to imagine beyond some form of incarceration. Similar to Awatea, Emmy believes returning to whānau structures is the future for Māori.

Using the navigation methods of our tīpuna in these situations could be more holistic, ensuring that accountability happens with and by the whānau unit. Emmy discusses with Kahu these traditional methods of reform.

The words of the kaikōrero seem to somewhat illuminate the path. The futures for those forgotten by society, those desperate and those in violent and poverty-stricken conditions are being worked on tirelessly by kaimahi and advocates such as Awatea and Emmy.

At the bare minimum, having kai, access to services and housing are essential elements in order to even begin imagining what true reform could look like. 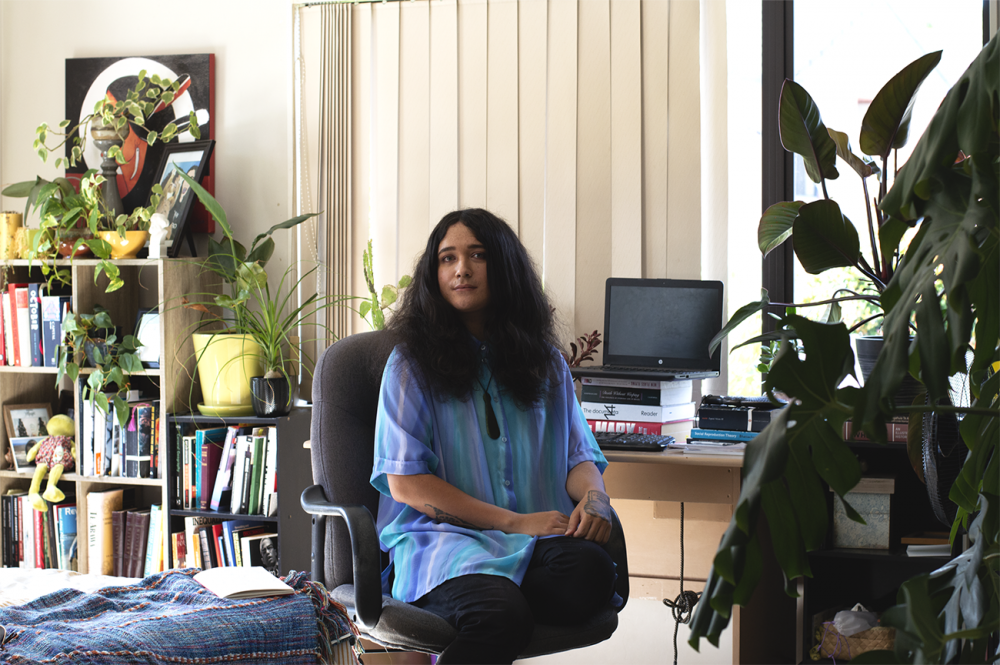 Emmy at her desk working on her PhD Photo: UGP / Kahu Kutia

The Department of Corrections’ role is to operate prisons and manage people at the direction of the Courts and the New Zealand Parole Board. We are not able to comment on the reasons for having prisons in New Zealand.

Please see our further statement below.

The overrepresentation of Māori in the prison system, and the wider Justice system, continues to be something Corrections is committed to changing. We are working hard with our Māori partners and other Government agencies to get better outcomes for Māori in the justice system, and to reduce their risk of reoffending once they have completed their sentence.

Corrections’ aim is to ensure every person we manage in prison or the community receives the appropriate interventions for their needs. Our rehabilitation interventions offer a pathway to change for people so they leave our care better able to lead crime-free lives.

These interventions include programmes that are based in tikanga Māori, which are available to all people in prison, not just Māori. These programmes are group-based and delivered by Māori providers who use Māori philosophy, values, knowledge and practices to foster the regeneration of Māori identity and bring about positive change.

In August 2019, Corrections Minister Hon Kelvin Davis launched Hōkai Rangi, Ara Poutama Aotearoa – Department of Correction’s organisational strategy. This new strategic direction for the whole of Corrections allows us to build on the good things already happening across the country, learn from doing, and, most importantly, innovate to find new and alternative ways of doing things to achieve better outcomes with Māori and their whānau.

Hōkai Rangi expresses our commitment to delivering great outcomes with and for Māori in our management and their whānau, so that we can begin to address the significant overrepresentation of Māori in the corrections system.

There were four key elements that went into the development of the strategy:

The programme trials, tests, monitors and evaluates different ways of working with Māori that use a kaupapa Māori approach and are whānau-centred. In designing new approaches, we have drawn on success in Whānau Ora.

Projects are being co-designed with whānau, iwi, and hapū Māori, and other organisations and individuals independent of Corrections, including those with lived experiences in the justice system.

While there are three main areas delivering Māori Pathways programmes currently, what we learn will inform wider operational policy and practice, with a view to extend the aspects that work throughout the country.

Wāhine Māori Pathways in Christchurch Women’s Prison responds to the specific needs of women in the criminal justice system, and will also improve wellbeing outcomes for tamariki and whānau alongside the women. Supporting women from when they enter the system to when they leave will help break the intergenerational cycle of Māori reoffending and enhance community safety and wellbeing.

We also have significant innovation taking place with the new facility being built at Waikeria Prison that is both co-governed and co-managed alongside Ngāti Maniapoto, Ngāti Raukawa and the Waikato DHB.

Our ability to see success and work to address the causes of Māori overrepresentation in the justice system is a collective effort, and we are continuing to work collaboratively and in partnership with agencies, iwi and others. We know there is a lot of hard work to do.

We don’t consider the examples you have provided to demonstrate that “Corrections has failed on the principles of Hōkai Rangi”. Hōkai Rangi is a long-term strategic approach designed to bring about intergenerational change, and it is simplistic to expect immediate change across our operations, culture, policy and facilities.

In regard to your question about Auckland Region Women’s Corrections Facility, in March this year, Corrections met with three women to acknowledge and apologise for the way they were managed at the prison between February 2019 (six months prior to the launch of Hōkai Rangi) and February 2020.

Despite the challenges of working with people who sometimes exhibit very difficult behaviour, we must always uphold the highest standards, and for these three women, we didn’t.

We immediately made a number of changes at the prison to prevent this from ever happening again.

Our corrections system has largely been designed and developed to provide for men, however women have specific needs that require a unique approach and research shows that tailoring services to them will achieve better outcomes.

In light of this, in April this year we established a Women’s Prisons Network Improvement Programme. The programme will see the three women’s prisons operate as a cohesive prison network, underpinned by a new way of working that recognises that many of the women in our system are highly traumatised as a result of their experiences before coming to prison.

One of the early actions is training for staff that is being rolled out over the next few months. This training will focus on effectively managing traumatised women and will be run by highly qualified experts in the field.

In regard to your question about the Waikeria Prison riot, there is no excuse for the actions of those prisoners involved in the riot earlier this year.

There are multiple avenues of complaint available to people in custody, including the internal complaints system, an 0800 number for contacting the independent Corrections Inspectorate, and the Ombudsman. These channels are free for any person in prison to contact, with contact details readily available. We are not aware of any of the men involved in the riot raising concerns prior to their actions.

The riot and extensive fires lit exposed those involved, other men in the prison, our staff and emergency services to significant danger. It resulted in a huge amount of trauma for around 200 people in prison who were evacuated from the top jail while fires burned around them and who were moved to other prisons away from their whānau and friends, lawyers, and the programmes and activities they were taking part in. The incident also significantly impacted on the 500 men who remained at the prison who lost property stored in the ‘top jail’ facility and who were unable to use the telephone system to let their loved ones know that they were okay due to damage caused to critical infrastructure.

During the six days that the riot was ongoing we were committed to resolving the situation safely and without harm to those involved. We have a duty of care to the men, and they may remain in our custody for a number of years to come. We were incredibly grateful for the support of representatives from Ngāti Maniapoto and Raukawa who assisted throughout the incident by speaking with the men involved and supporting our staff. This is a good example of the shift that we’ve made since introducing Hōkai Rangi – investing in relationships and new ways of doing things, working more closely with iwi than we ever have and incorporating te ao Māori and tikanga into our practice and operations.

Given the matter remains subject to an ongoing court case, we are not able to provide further comment. 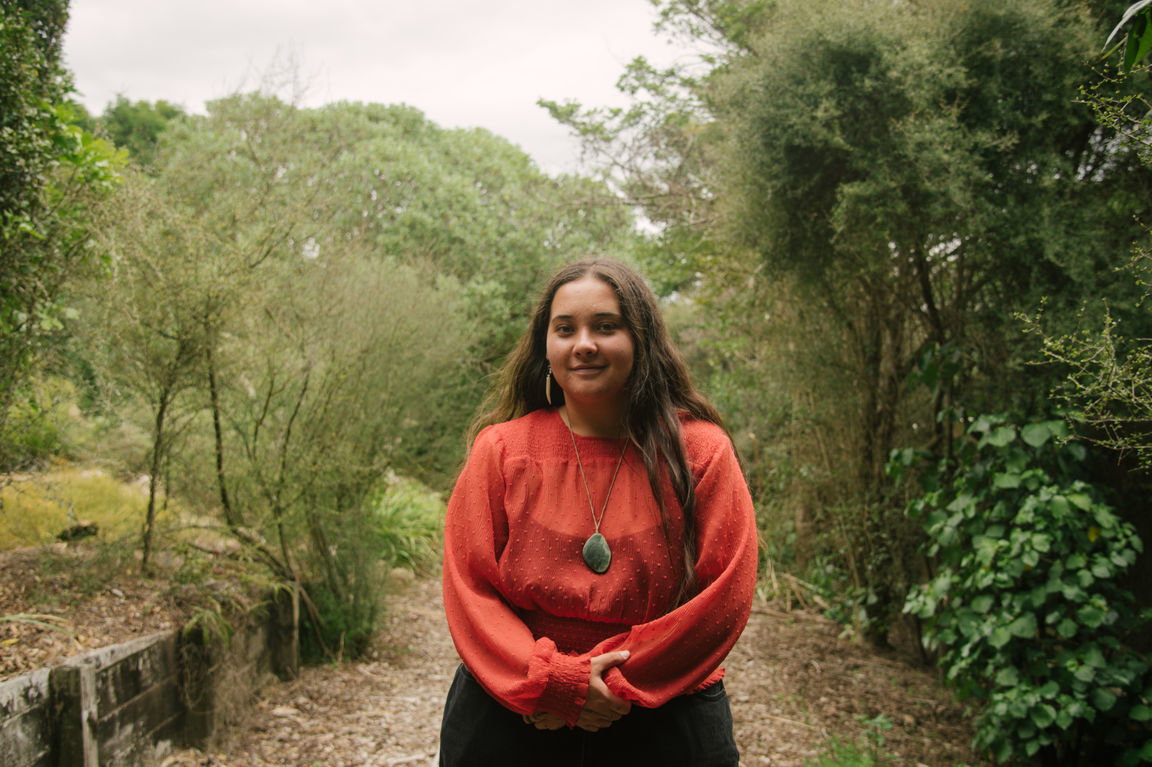 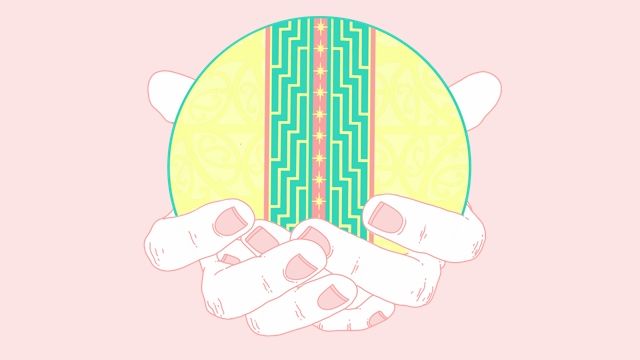 The things that stop us from returning to our homelands