If you feel like your paycheck doesn’t go anywhere near as far anymore, well that’s because it doesn’t.

Annual food prices have increased, Russia’s invasion of Ukraine has contributed to an oil crisis impacting petrol prices, and inflation in New Zealand has hit a three-decade high which isn’t showing any signs of slowing down.

And wages are stagnant - so yes, that paycheck of yours feels like it's shrunk because in the grand scheme of things it has.

Yesterday the 2022 Budget was announced.

I wanted to know whether the $128.4 billion spent will make any difference to the cost of living for New Zealanders.

The Government is spending $814 million on cost of living relief

One of the biggest announcements from the Budget yesterday was the Government allocating $814 million for the ‘cost of living payment’.

This means 2.1 million New Zealanders who earned less than $70,000 in the last tax year will receive $350 from the Government to help with rising living costs.

That works out to be about $29 a week for three months.

People that are already receiving the Winter Energy Payment will not be eligible.

But how much of a difference will this make?

University of Otago senior lecturer and economist Dr Murat Üngör says while this support payment has been called “targeted support” by Finance Minister Grant Robertson, it will only make a difference to some.

“There are people in New Zealand who wake up and have serious concerns about how they will put food on the table that night. For this group, $29 a week will make some difference to their life because any contribution will help.

“But in general with the rest of the 2.1 million who are eligible, we are not going to see a big difference there at all. Even if we take into consideration the fuel and transportation cost reduction that will be extended two more months, this relief is very limited and short-lived.” 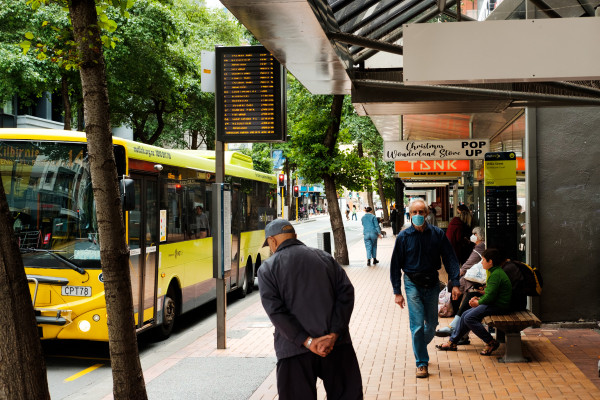 The half price fares for public transport was set to end at the end of June. It’s now been extended through July and August. Photo: Michael Madden-Smith/Re:

$132 million was allocated to extending the 50% reduction in public transport costs for two more months.

But what’s going to happen when these all end?

“Are inflation and food price increases going to disappear in three months? Will the fuel crisis be over? Most likely not, it seems these problems are going to be with us for a while,” Üngör says.

While this payment may provide some immediate relief to low-income New Zealanders, Üngör says it won’t do much to help the ongoing unaffordability of living in New Zealand. 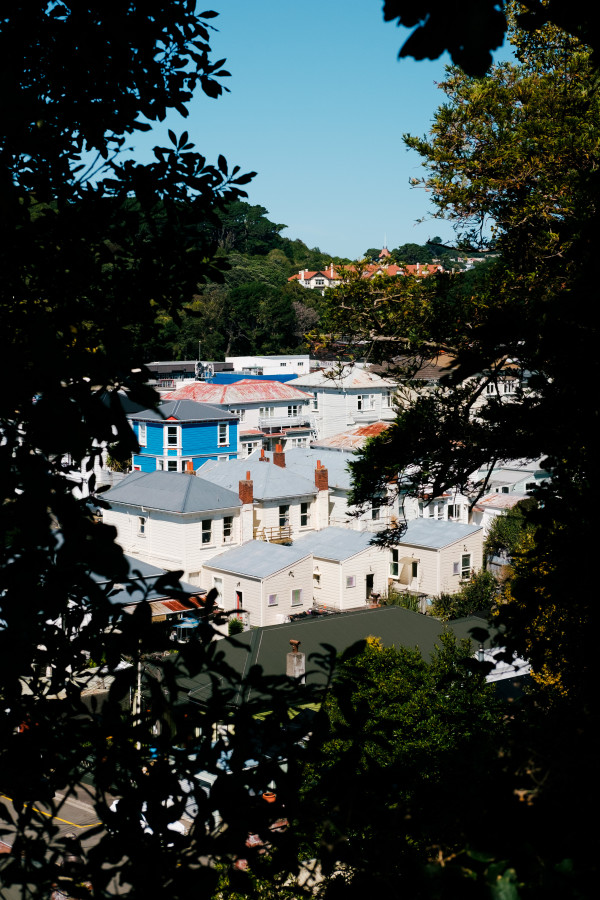 There is also some concern landlords may see this payment as a reason to increase rent prices, he says.

“If that happens, that short-term relief could be gone already. And in three months, renters will be worse off than they were before the Budget.”

Will the cost of living payment impact inflation?

If $350 won’t make much of a difference to the cost of living for most people, you might be wondering why the Government isn’t willing to fork out more.

This is because pumping too much money into the economy can impact inflation and actually make the cost of living problem even worse.

To understand this, we have to wrap our heads around what inflation is.

“Inflation is caused when the money supply in an economy grows at a faster rate than the economy’s ability to produce goods and services,” Üngör says.

“In other words, when there is too much money chasing too few goods and services, prices rise making the cost of living even higher.” 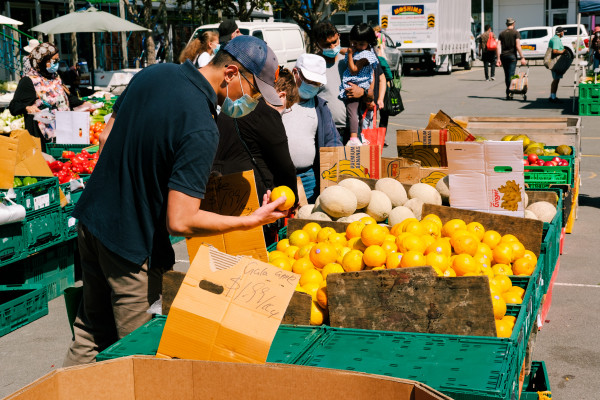 For example, if the Government gave everyone in New Zealand $1000, the supply of things like gas and food would stay the same but everyone would want to spend the money.

This demand from everyone wanting to spend the $1000 would make prices go up which means the money is less valuable.

The Treasury -  essentially the Government’s book keeper or financial advisor - recommended against the Government's $350 cost of living payment for middle-income households saying it was a "poor mechanism for supporting households with a longer-term problem".

Instead, they wanted the Government to investigate a "more targeted form of support to lower-income households" according to advice released on the scheme.

One hopeful sign to come from the Budget is the $11 million allocated to getting more supermarket competition in Aotearoa, Üngör says.

It comes after the Commerce Commission found issues in New Zealand's duopoly supermarket sector, with a lack of competition and cutting out smaller players.

“I can’t give a time frame for when New Zealanders will start to notice cheaper food on their shelves but having more competition and working against the supermarket duopoly will hopefully drive down food prices. This could potentially give long-term relief for New Zealanders.”

What is missing from the Budget?

“As an economist when you are talking about the long-term vision for an economy, you are thinking about productivity.”

“On an international scale when you compare us to other countries like Australia, the United States, the United Kingdom - our productivity is decreasing.”

Üngör says focusing on productivity is a long-term solution for increasing wages and therefore affordability of goods and services.

This will then have a lasting impact on the cost of living in New Zealand.

“When economic growth increases, we have a high wage economy and that’s when welfare will increase because there will be more resources to share.

“The Government has said they want to lift productivity, but when you search ‘productivity’ in the Budget document it only comes up a few times. There is no clear road map of how we will do it.

“So from an economic perspective, the cost of living will not change unless we invest in long term solutions. In my opinion, that’s investing more in research, science, technology, engineering - like other countries like Australia have done.”

The 2022 budget has allocated $128.4 billion towards areas such as health, climate and transport.

Being alive is expensive: a guide on how to save money

Elena McIntyre-Reet demands to know why everything is so goddamn expensive.

As NZ continues to grapple with a cost of living crisis, food prices continue to rise.