In Re:’s weekly column a 22-year-old with minimal understanding of politics tries to work out what it all means before the election. This week, Zoe Madden-Smith looks into how the general election day was delayed, and what terms like “dissolution of Parliament” actually mean. Banner image by Liam van Eeden.

If you haven’t heard, the general election will be delayed by four weeks because of the resurgence of Covid-19 and lockdown, which has restricted political parties’ ability to campaign. It was going to be on September 19, but will now be held on October 17.

The key points you need to know:

The decision seemed pretty fair. But after the announcement, I still had some questions. If New Zealand is still in lockdown in October, can the election be postponed again? Have we ever postponed an election before? Also, what does the dissolution of Parliament mean? To clear all of this up, I had a chat with Otago law professor and election expert Andrew Geddis. 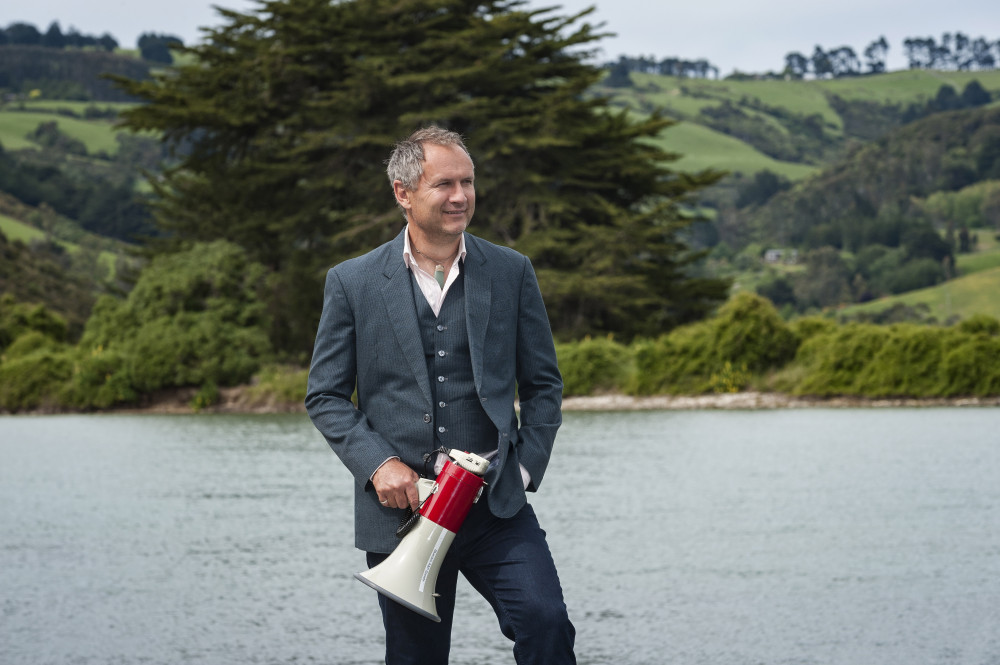 During the announcement Jacinda Ardern said she won’t delay the election any further, but if she changes her mind, could she?

Legally, she could, any time up until September 6th when Parliament is dissolved, says Andrew.

“Up until Parliament is dissolved and something called the election writ - which is like the formal instruction that says we have to have an election on this day - the decision of when to start the electoral process is purely in her hands. That’s one of the perks of being a Prime Minister,” he says.

Legally the Prime Minister can change the date of an election on her own, without consulting her coalition or opposition. So Jacinda Ardern didn’t need to consult with the other parties, she just chose to.

What does it mean when Parliament is ‘dissolved’?

“Dissolved simply means it's ruled out, it ceases, it finishes. It’s over,” says Andrew.

Parliament is only meant to last three years, so once three years are up, by law, it must dissolve. Once a Parliament starts to dissolve, there has to be an election as fast as possible. This is because during dissolution, MPs are no longer sitting in Parliament so any decisions that are made are not held to the same debate and scrutiny.

“The prime minister or ministers stay in place. They're still running the country. But they're running the country without Parliament to oversee them and check up on what they’re doing,” says Andrew. “That’s why you need an election as soon as possible.”

How long can Parliament be dissolved?

“The new Parliament has to meet together six weeks after the official election results are released. Usually, by then, the parties have got together and worked out who is going to do what.”

This also gives parties time to work through coalition or confidence-and-supply agreements, which is often the case with MMP (like how Labour, Greens and NZ First had to work out their agreement to form a government after the last election).

“If New Zealand is in full lockdown on October 17, and we can’t safely hold an election, the Electoral Commission - the non-political bureaucrats who run the election - has the power under the Electoral Act to delay voting by one week at a time.”

There is no limit to how many weeks the election can be delayed this way, but it must be done week by week as the situation is reassessed. This decision lies in the hands of the chief electoral officer and is based purely on whether it is safe for people to go to cast their vote. No one, including the prime minister, can override this decision.

It’s worth noting that while some people who are too vulnerable to leave their home can vote via mail, we do not have the systems in place for every New Zealander to vote this way, or to be able to vote electronically. Maybe in the future, but not this election. So because we couldn’t conduct an entire election by mail, safety at in-person voting booths is a huge factor in whether an election can take place.

If Auckland is still in lockdown in October and other regions are not, Andrew says one option could be to have a “patchwork election” where first everyone outside of Auckland votes, then when it is safe to do so, Auckland will vote later.

National wanted the election to be held next year, does Jacinda Ardern have the power to put it off that long? Won’t that mean she has an extra-long term as prime minister?

Basically, no, she alone doesn’t have the power to delay it that long. “The latest she could have delayed the election, within existing law, is November 21st. This is because the length of a Parliament term is three years. So Parliament has to be dissolved within three years and then you have to have an election so many days after that.”

This law is to avoid a Prime Minister extending out the election again and again so they can stay in power.

It is possible to delay an election longer, but only if 75 percent of MPs come together and agree to keep the current government longer. But with the current state of party relationships, that seems almost impossible. This is one of the very few laws we have that require more than a bare majority (over 50 percent agreement).

Has New Zealand delayed an election before?

This is the fourth time New Zealand has delayed a general election - the last time was during the Second World War. “Basically what happened there was there was a wartime government, so all of the parties joined together to run the country because the war was seen as an all-of-country affair,” says Andrew. “So there wasn’t any need for an election.”

Would a mega-coalition like that ever happen again in New Zealand?

“New Zealand is not quite at that stage yet, Covid-19 is bad, but it is still not quite the same as fighting against Nazis and Japan. So ‘ordinary politics’ can still continue even while Covid-19 is around.”

“It is a lovely idea, but the reality is people are in different parties for a very good reason. There is something to be said about giving the power to one group of people and just letting them get on with it. And if they screw it up, they will pay for it down the road.”

Speaking of other parties, how have other political parties reacted to the announcement of the delayed election?

Last week, New Zealand First leader Winston Peters called for the election to be delayed until November, saying the current Covid-19 restrictions left “no ability to conduct a free and fair election.”

On Monday he welcomed the decision and said in a statement he is “pleased that common sense has prevailed.”

“With a delay parties can now prepare to begin campaigning again, confident that they have the time and resources to engage in a free and fair election.”

National leader Judith Collins had called for the election to be delayed until November or next year due to the recent Covid outbreak.

With the announcement of the four-week delay, Judith Collins told Magic Talk the National Party will "do our best" with the new election date. "She's made this decision which we will live with and do our best with it, and at least we're going to have some opportunity now to get some policy out.”

"It's all been brought about by the need to deal with the catastrophic failure at the border that's let this COVID-19 in."

“A change to the Election Day should occur because it is what is best to keep us safe and protect our democratic right to vote,” Greens co-leader James Shaw said in a statement.“We believe the date change to October 17 achieves that fine balance during a very challenging time.”

James Shaw criticised other political parties for “bang[ing] on about what would suit them best politically when it comes to the Election Day date.”

ACT party leader David Seymour had also called for the election to be delayed. After the announcement he said in a statement the Prime Minister “has done the right thing”. ACT believes a “free and fair contest” would need four weeks at Level 1 in the run-up to Election Day. “If the Government manages to contain the Auckland outbreak, and we don't have further lockdowns, then today’s decision will allow that to happen,” he said.