With lockdown now in full effect, drug stock is drying up around the country. We spoke to three New Zealanders to find out how they’re getting their fix.

I am a regular marijuana user.

How often would you say you consume weed?

At least everyday. Definitely. I would say I’m a relatively high-functioning person.

I use it largely for introspective or creative-based activities I suppose.

I'd say I'm probably habitually dependent. With the type of work I do, it is beneficial for me to use these sorts of things, especially because I'm constantly thinking about very difficult, challenging ethical things because of the nature of my degree. So it helps me to make those connections and work through it.

If I stopped smoking for a couple days I might have some withdrawals, but I'd be probably fine after that. I wouldn’t say I’m itching itching dependant on getting it.

How did you prepare for the lockdown?

As soon as I heard about the initial outbreaks in maybe early March, I actually considered how trade is going to be affected. So I thought I’d get some weed.

Thankfully, I have savings that I can use when necessary. I purchased a large amount. And in the days before the lockdown with the alert moving to level three, I decided, okay, maybe this will be a longer time, so I purchased a little bit more. It should last me a long time.

But I mean, if I have friends, for example, in the same situation I purchased on their behalf as well considering that they may not have access. That sort of thing can be dropped in a mailbox, sterilized, left there for a couple of days in a plastic bag. And that can be consumed by the person without any contact.

It’s interesting to see what they’re doing overseas. Some people in the UK are advocating to implement drug consumption rooms. So in order to prevent people who have an addiction experience withdrawal during the lockdown, the UK is looking at implementing rooms where these people can go and buy these drugs from the government and use them under supervision. This is to potentially avoid users acting irrationally under withdrawal, or straying to other similar drugs should they not have access to the one they’re addicted to.

Why did you feel a need to stock up before the lockdown?

It’s the same with almost anything right? If your businesses are closing and trade is shutting down, you're going to want to get some things that you would normally have ahead of time. So in this instance, like, I suppose food is like a necessity that is constant. Obviously, weed is not a necessity, but it's a part of my daily habits and therefore it’s worth buying, knowing that the supply will be cut off for a period of time.

I’ll be locked up for at least a month and I feel like it might be essential for me to maintain detached yet self-aware sort of states where I'm able to notice if I have fluctuations in mood or attentiveness.

I used to have terrible, terrible anxiety and I no longer do. I think weed has allowed me to partially take control of my anxiety a lot but it's also you know, one of those things where there are too many factors to definitively say.

I would just encourage people to be meditative, firstly, to try and be self aware and mindful of what they're doing. For people who are unable to actualise that, I would say weed can play a part in helping people feel more comfortable and put their mind at ease through a time of stress.

Is your dealer still dealing during the lockdown?

As far as I’m aware, every contact I know has been observing lockdown rules. But in those two days prior to the level four alert, they were being quite active saying if you require it, you should come and do it now because we're going to be shutting shop basically.

Do you have anything else you want to say?

I think it’s a universal message, but I hope everyone stays safe. People have to remember that people, even if they're drug dealers or drug users, are obviously still people and they share the same thoughts and fears as everyone else. They will be experiencing exactly what you are, except their line of work is slightly different. They’re not necessarily evil people, they’re just people who are trying to make their day-to-day work.

Well, I mean, like I smoke a bit of weed. Take MDMA when, you know, the situation calls for it. Like, when I'm going out listening to music or something.

How often do you use weed?

It varies a lot really, sometimes it'd be every day. I'm not really one to do it all day. The most I'd be using is once every evening. And the least, maybe just on the weekends. On average, maybe three, four days a week.

And why do you use weed?

A few reasons. I find I'm using it the most when I'm the most busy. I use it as a fun, fast and effective way of kind of chilling out. It's just a nice way for me to kind of switch off and do some recreational stuff.

Why do you use MD?

Just cause it's fucking mean haha.

I only use it maybe an average of 3-4 times every summer. It makes me feel really empathetic and loving towards those around me. At this stage, it seems that the repercussions, I mean at the frequency that I use it, are a lot lower than they are for other party drugs. And you're just awesome to be around as well.

That's a really good question. To be honest, that's exactly the thing I try and avoid with any and every drug. I do not want to be dependent. That is a signal that I'm doing it too much if I feel like I need it.

I would be lying if I don't say I feel compelled to do it at times. But I really try and avoid that and I would say at the moment I'm not dependent on it.

But out of all drugs, weed would be the most compelling for me.

Did you prepare in any way for the lockdown in terms of drugs?

Well, I already had enough to easily keep me going for four weeks. But I don't think I'll smoke weed as frequently in these four weeks.

Why do you think that is?

If I do it a lot then I’ll become dependent, that's exactly what I try to avoid. You know, if I was just sitting around doing it all the time, it would become habitual.

And also, it wouldn't be that pleasant for those around me. I probably won't use it at all for the first week or so, then maybe I might have a smoke at night or something? If the parents are down.

Is there anything else you want to bring up?

In these four weeks, it would just be so easy to become fixated on finding respite in a drug or external substance, when it’s really not a healthy way of dealing with problems in any context, let alone when you're anxious and not got a lot of other shit to do.

The second thing is, you don't want to be an asshole to the people around you. And if you're locked in a house for four weeks, and you're walking around stoned all the time, you’re not really being a helpful or interesting roommate.

Definitely marijuana is the most used. Special occasions like New Year's and just musical events, I’ll use some MDMA or acid.

How often do you use weed?

Three or four times a week.

Why do you use weed?

Just enhance the entertainment. For example, when I’m watching a movie, it's always more entertaining to be high. It’s a social thing. When I’m with mates, we sometimes get a couple cones in and enjoy that.

How does weed make you feel?

Not at all really. I can stop if I have to. If I don't feel like smoking, I just won’t. And if everyone else is smoking around me then that’s fine. But I can definitely get by.

Did you prepare for the lockdown in any way in terms of drugs?

Yeah, definitely went and bought a couple tabs of acid. I already had a decent amount of weed, so there was no need to worry about that.

I've noticed, because I do have a limited amount of weed, that I'm being careful how much I'm having per day.

Because it's so easy just to sit in your room and go one after another. But because I’ve got a limited amount I’m making sure that I still carry out activities and then maybe have a smoke at the end of the day kind of thing. Just making sure I stay occupied. Definitely rationing it, cause once it’s gone, it could be gone for a while.

Why did you feel the need to get acid before lockdown?

Just something to do pretty much. Well, it was a good opportunity. Especially because I've just moved into this new place. It’s my first time flatting, so I felt like there was some freedom to do whatever I want. I’m in a real happy, safe environment. I feel good about it and not too worried that it's gonna go wrong.

How do you feel when you use acid?

I’ve only used it a handful of times. It’s real buzzy because you kind of forget that you're taking it almost but you can tell that something is in your body making you feel a little bit better. I took it once before and got a visual experience and probably didn’t enjoy that as much as taking small doses.

Is your dealer still operating business during the lockdown?

I'm not sure exactly.

I assume he'll be trying to but obviously depends on where his supply comes from first and whether he's willing to break lockdown rules. I, myself probably won't be seeking to buy any more because I just want to play by the rules.

Do you have a message that you'd like to send to people who might be looking to use a lot of drugs during lockdown?

Be very careful because now's not a good time to be volatile and go a bit crazy. So you need to be careful with looking after yourself. Try to maintain as much normally you can get outside, because eventually we will have to go back to reality.

* Name has been changed.

If you'd like health advice on managing withdrawal, here's a resource from the NZ Drug Foundation. 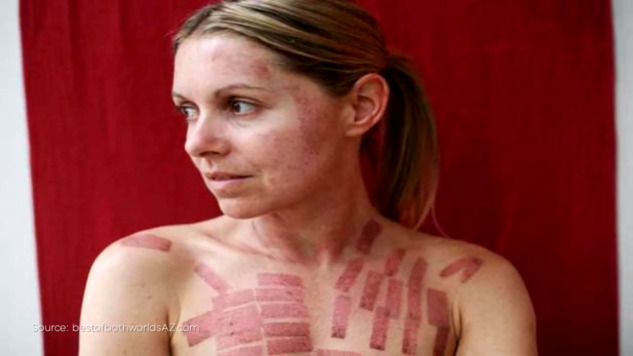