The Ministry of Health defines active cases as those identified in the last 10 days and not yet classified as recovered.

Travellers from Samoa to New Zealand on four specific flights over coming weeks are now required to complete two Rapid Antigen Tests after they arrive, the first on Day 0/1 (within 36 hours of arriving) and the second on Day 5/6 (between 120 and 144 hours after arriving). They will be issued testing kits on arrival.

This follows the identification of Covid-19 community transmission in Samoa on Thursday. Yesterday 95 cases were reported in Samoa and the country is now in an Alert Level 3 lockdown.

Travellers from Samoa are still eligible to enter New Zealand without going into quarantine, provided those on the four flights undergo the two tests and report their results either by an automated email survey or by calling 0800 432 010. This requirement does not apply to aircrew.

The four flights are:

Of these nine people who have died, one was from Capital and Coast, four from Auckland, three from the Bay of Plenty and one from Waikato.

Two of these people were in their 50s, two in their 70s, four in their 80s and one in their 90s. Eight were male and one was female.

There are 957 people in hospital, with 26 of those people in intensive care or high dependency units. 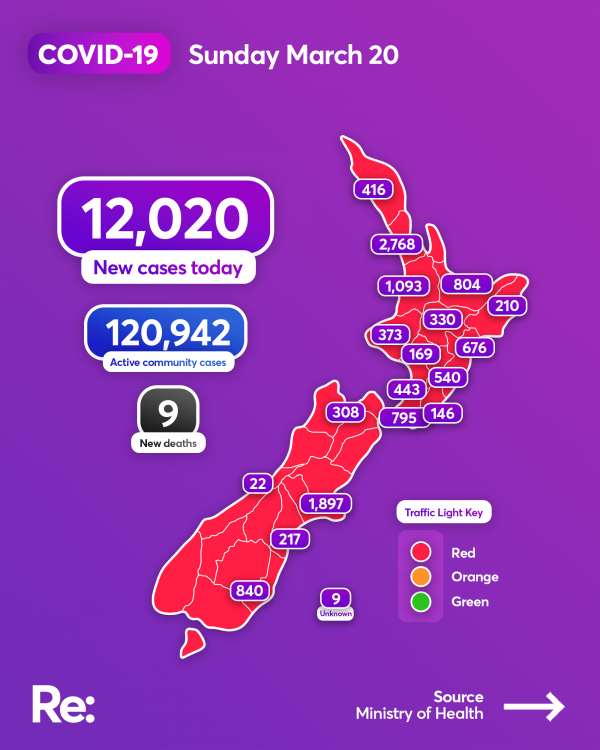 The seven-day rolling average of PCR tests taken is 3,857.

96.3 percent of New Zealand's eligible population have had the first dose of the Covid-19 vaccine, and 95 percent have had a second dose.

72.8 percent of the eligible population have had a booster shot.

This Tauranga church is giving its land back to Māori

My hijiab is much more than a piece of clothing