The Ministry of Health defines active cases as those identified in the last 10 days and not yet classified as recovered. 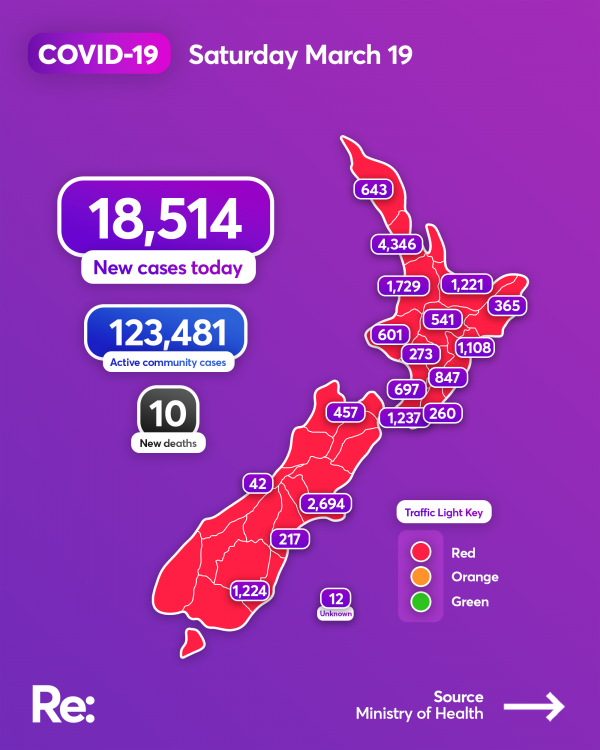 Ten people with Covid-19 have died, bringing the total to date to 166.

The seven-day rolling average of reported deaths is 8.

There are 939 people in hospital, with 24 of those people in intensive care or high dependency units.

The average age of people currently in hospital is 57.

96.3 percent of New Zealand's eligible population have had the first dose of the Covid-19 vaccine, and 95 percent have had a second dose.

Yesterday, 5,568 booster doses were given around the country. 72.8 percent of the eligible population have received a booster shot.

"Are we safer?": Unpacking the March 15 recovery efforts, three years on

Dunedin student in ICU after falling from roof at St. Patrick's Day party