The usual updates will be published over the long weekend on Saturday and Sunday. On Monday, there will be no update. Tuesday’s update will include the figures for Monday.

The subvariant cases were confirmed by whole-genome sequencing of tests. These are the first BA.4 and BA.5 cases reported in the community, with no clear link to the border.

There are also seven cases of BA.2.12.1 in the community, from whole-genome sequencing of tests returned on May 18.

These Omicron subvariants are prevalent overseas and have been detected at our border for many weeks. Their presence in the community is not unexpected and more cases are expected.

14 people with Covid-19 have died, bringing the publicly reported total to date to 1,210.

Of these people, four were women and ten were men.

There are 390 people in hospital, with 8 of those people in intensive care or high dependency units.

The average age of people currently in hospital is 62. 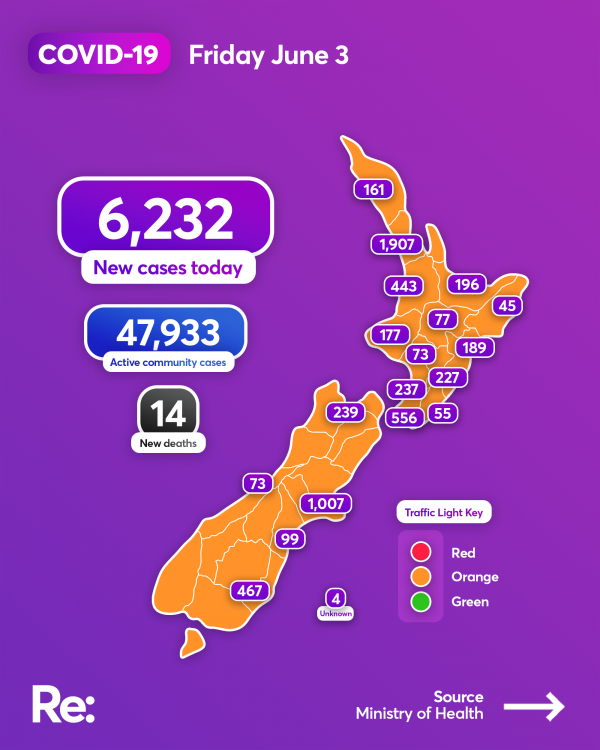 Self-harm hospitalisations have doubled for 10-14-year-olds

"During the pandemic we’ve been completely online and that takes a huge toll on teenagers."

Researchers analysed more than 60 studies which looked at the impact of sugary beverage taxes.

How to compliment someone's outfit in Sāmoan, reconnecting with roots

"The survival of the language and culture is in our day-to-day living."