Case numbers are continuing to decline, along with the seven-day rolling average. Today's seven-day average is 10,843, while last Saturday it was 13,804. 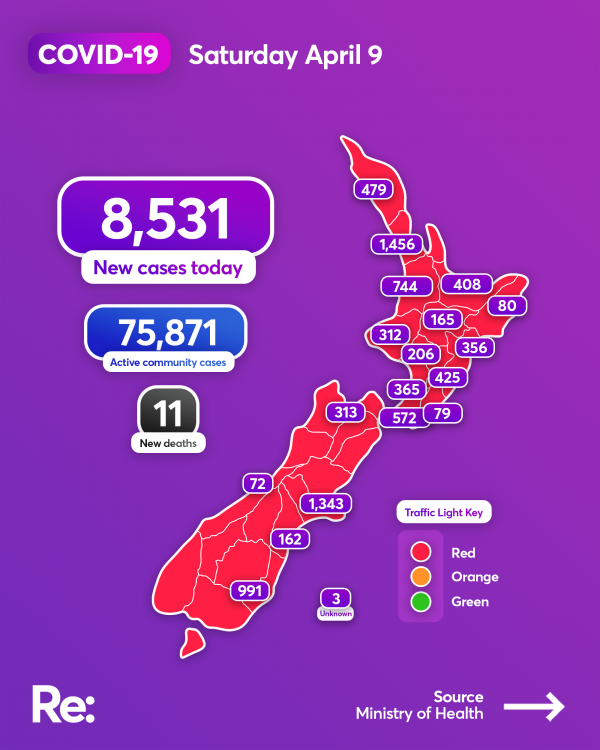 The deaths being reported today include people who have died over the past 14 days.

Of the people whose deaths we are reporting today, four people were from the Auckland region, one from Waikato, one from the Lakes DHB area, one from Hawke’s Bay, one from Whanganui, two from the Wellington region and one from Canterbury.

Five were female and six were male.

There are 635 people in hospital, with 18 of those people in intensive care or high dependency units.

3.6 million RATs have been deployed so far.