The Ministry of Health says a person who has travelled from overseas to New Zealand has been confirmed as having the XE variant of Omicron. This is the first known detection of the variant in New Zealand.

The person arrived on 19 April, was tested on 20 April and whole genome sequencing subsequently confirmed the XE variant.

They are isolating at home.

XE has been spreading overseas and its arrival in New Zealand is not unexpected. At this stage, the public health settings already in place to manage other Omicron variants are assessed to be appropriate for managing XE and no changes are required.

There is no evidence to date that XE causes more severe disease than other Omicron lineages, noting that it takes weeks or months to identify the severity of each new variant. 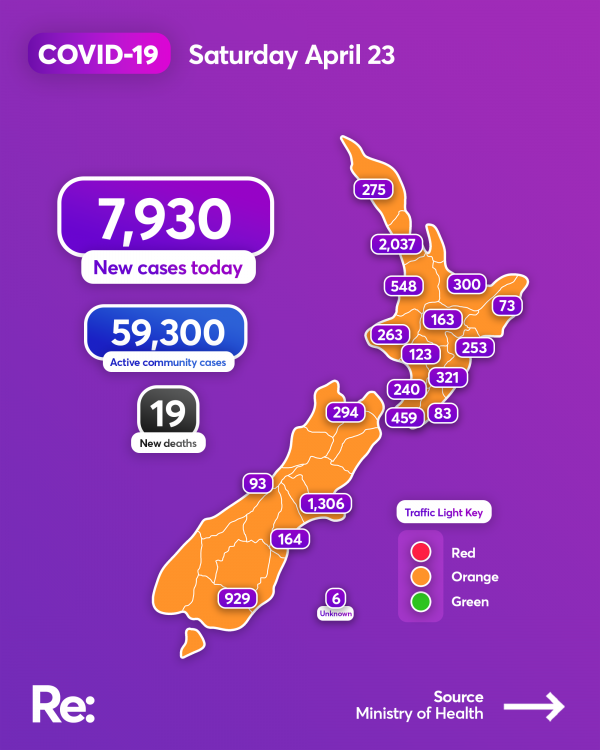 19 people with Covid-19 have died, bringing the publicly reported total to date to 665.

The deaths being reported today include people who have died over the past 7 days.

Of the people whose deaths we are reporting today, one person was from Northland; six from the Auckland region; two from Waikato; one from Bay of Plenty; one from Whanganui; one from Taranaki; one from the Wellington region; one from Nelson-Marlborough; four from the Canterbury region and one from Southern.

Nine were male and ten were female.

There are 494 people in hospital, with 15 of those people in intensive care or high dependency units.

71.1 percent of the eligible population have had a booster shot.

Top image: A woman in an airport waiting to catch a flight. Photo: Pyrosky/iStock Images

Half of rainbow youth don't find their therapist helpful