Everywhere south of the Auckland boundary will move to level 3 at 11.59pm on Tuesday August 31st. This will be reviewed a week later on Monday 6 September.

Auckland and Northland will remain in level 4. Next Monday the government will consider how long the region will remain at level 4.

“The most effective tool we have right now is level 4,” says Prime Minister Jacinda Ardern.

She says it’s likely Auckland will remain at level 4 for another two weeks, based on the size of the outbreak - which is close in scale to the original outbreak in 2020 - the number of daily cases, and the need to see a sustained reduction in cases.

“This is so we can get Delta under control and reopen fully and safely. We can't do that when we still have a lot of Delta circulating in the community.”

“To move down, we need to be confident we have stamped it out and have cases contained and isolated.”

Why has Northland been included with Auckland?

The Prime Minister says because of a recent case in Warkworth, which is in the northern part of the Auckland region, and the need for more data and contact tracing to further assess the risk there.

Warkworth has been included in the Auckland boundary in the past, but the government are concerned about the potential movement of people through that part of the country on northbound journeys.

Also, one of the exposure sites in Warkworth, while closed to the public, is a relatively large workplace.

“We want to be as careful as possible and I hope the good people of Northland understand why we want to move with care, given those common transit routes,” Ardern says.

“That is not to say that Northland and Auckland will continue to be treated the same in the long-term, but we’re not in a position to give an exact timeframe just yet.”

She says a firm decision on how long Auckland will be at level 4 has not been made yet, and on Monday the government will update their assessment of the region, but two weeks is the most likely scenario.

Why is the rest of the country, especially the South Island, still at level 4 till Tuesday?

Ardern says it will give the confidence of an almost 14-day cycle since our first case was discovered, especially as we have contacts across all parts of the county, with over 300 in the South Island.

There are also currently 14 cases in Wellington that, while currently contained, do have contacts that are being tested over the coming days.

There was also Covid detected in the wastewater in Christchurch yesterday. ESR (the Institute of Environmental Science and Research) says it's likely this comes from a managed isolation facility but further tests are needed to know that.

A reminder of the alert level 3 rules

Today’s 70 new cases bring the total number of community cases to 347. Of those 333 are in Auckland and 14 in Wellington.

The information was released via statement by the Ministry of Health. All of today’s new cases are also in Auckland.

The Ministry confirmed 19 people from the outbreak are in hospital, of which one is in the ICU in a stable condition.

278 cases have also been epidemiologically-linked to another case or sub-cluster, with links for the remaining 69 to be fully established.

A rest home in Warkworth, on the northern border of Auckland, has also been added as a location of interest after a staff member from the facility's demential ward tested positive.

The Ministry says the worker is believed to have worked two shifts while unknowingly infected at Amberlea Home and Hospital Care Facility in Algie’s Bay. The staff member is fully vaccinated and "adhered to strict infection, prevention and control protocol, including wearing face coverings and other PPE," the Ministry said.

A full list of the locations of interest is available here at the Ministry of Health site.

As of 8am today, 29,851 individual contacts have been identified. 76 percent have been tested, while the majority of the remainder are waiting for the appropriate number of days to since exposure to have a test.

The number of subclusters remains at six. The two largest are the Māngere church cluster (146 confirmed cases) and the Birkdale Social Network (45 confirmed cases). This subcluster is associated with the very first cases.

The remaining clusters have fewer than 20 people associated with them.

An ethnicity breakdown of today’s new cases was also provided. 44 are Pacific, 11 are Asian, six are Pākehā, six are Māori, and the ethnicity of three is unknown.

All of the cases are either in or being transferred to a quarantine facility.

There are no "unexpected detections" of Covid in wastewater testing from around the country, the Ministry said. The most recent results detected Covid in Warkworth, Auckland, Wellington and Christchurch - consistent with locations where cases have been identified. The positive Christchurch result is consistent with cases in MIQ in the city, however further testing is being carried out.

A press conference is also due to be held at 3pm to announce any changes in alert levels for everywhere apart from Auckland. Auckland will remain at alert level 4 until midnight Tuesday 31 August. No new cases have been identified at the border. Overall, the total number of active cases in the country is currently 384.

How misusing ethnicity contributes to anti-Pacific racism and victim blaming

Calves, cows, and shit on the face: My week as a dairy farmer 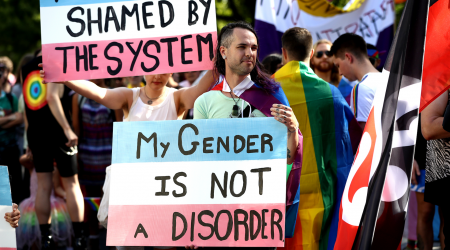