11 Covid cases have been announced at the 1pm briefing, bringing the total number of cases in the community to 21. All are in Auckland and all are the Delta variant. Two cases have also been taken to hospital.

So far, 12 of the  21 cases have been confirmed as being part of the same cluster - all linked to the original case announced on Tuesday. Eight are being further investigated, but it is believed they are linked to existing cases. One case, an Air New Zealand crew member, is unlikely to be linked to the cluster. The case is being treated as one from the border, and was identified as part of routine testing for air crew.

Prime Minister Jacinda Ardern said a lot of progress has been made in narrowing down the source of the current community outbreak. Genome sequencing shows the current positive cases are related to a positive case which arrived from Australia on a “managed red zone flight” on August 7. The traveller, who was in MIQ at the Crowne Plaza, had a day one Covid test on August 8. The test returned a positive result the next day, and the person was transferred to the Jet Park facility that same day.

“Our cases are most likely to have come from the traveller,” Ardern said.

“It means we can be fairly certain how and when the virus entered the country.”

Officials are now focusing on staff at both facilities, and those involved with their transport and stay to assist in identifying a chain of transmission. A breakdown of relevant staff at both the Crown Plaza and Jet Park show nearly all were fully vaccinated and up to date with regular Covid testing. Those who are overdue for testing have been told to get one before coming back to their workplace. Only one person across both sites was overdue for a second dose of the vaccine. They have been told not to return until they get their shot.

Further investigations also involve other people isolating at the Crowne Plaza. A group of three "adjacent" to the traveller from Australia tested positive on day 12 of their time in isolation. Some returnees are required to stay longer while CCTV footage is reviewed and further genome sequencing occurs.

Ardern also said the traveller from Australia became unwell on August 16 and was transferred to Middlemore Hospital. Despite that, the hospital is not being investigated as a possible transmission source as current community cases became symptomatic before the traveller was admitted to hospital. The admission also occurred a day before alert level 4 restrictions were implemented.

Director General Dr Ashley Bloomfield also confirmed two Covid cases - one in their 20s and one in their 40s - were taken to North Shore Hospital overnight. One person had worsening symptoms from Covid, he said, and the other is symptomatic and has underlying conditions. Both are in a stable condition.

Bloomfield also ran through the latest wastewater testing results. Tests taken on Monday detected Covid at three sites in Auckland - Rosedale and the Western and Eastern interceptors. More results are expected later today from other places in Auckland, the Coromandel and Thames. Tests from all other locations in New Zealand have come back negative.

At MIQ, 8 new cases have also been identified, of which two are historical.

Speaking to TVNZ’s Breakfast, Director General of Health Dr Ashley Bloomfield reminded people to keep up to date with locations of interest.

Those who have visited any of those locations are legally required to stay home and get a test, Bloomfield said. Tighter rules around mask wearing were also implemented overnight. There are also reports of queues at testing stations.

He also emphasised the need for essential workers to remain vigilant about their movements, pointing to the outbreak in Sydney as an example of how transmission continues even with restrictions.

“It’s actually essential workers who are infected who are still out in the community,” Bloomfield said of the Sydney outbreak.

“Any essential worker who’s been at a location of interest needs to stay home, not go out and get tested,” he said.

The age group of the current outbreak - most of whom are under 30 - is also important in trying to contain spread.

“Because of the demographic of these cases, they have been out and about so there’s real potential for widespread, so it’s really important that everybody stick with the rules and stay in their bubble,” Bloomfield said.

More information will become available throughout the day, including any new cases, updates on genome sequencing and the latest wastewater tests. Cabinet will also meet tomorrow morning to review the current level 4 restrictions - in place for three days everywhere except for Auckland and the Coromandel, which is in level 4 for at least seven days.

Here is the full list of current community cases:

Dairy can’t manage its crap, but innovative farmers are trying to fix that

Overcoming the shame of being Māori but not speaking te reo | He Kākano Ahau: Wawatatia | Episode 6 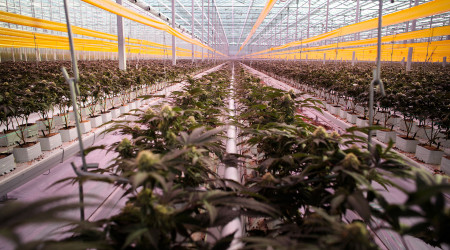