Level 2 for Wellington has been extended by 48 hours, and will now end at 11.59pm Tuesday.

The rest of the country will stay at Level 1.

There are no cases of Covid-19 today.

The quarantine-free travel bubble with Australia has been paused till 11.59pm Tuesday.

There are no new cases of Covid-19 today.

Wastewater testing from Tuesday 22 June shows Covid-19 has not been detected in any of the sites around Wellington, Hutt Valley or Porirua.

Over 10,000 tests were processed yesterday, with over 3000 of those in Wellington.

The Ministry of Health says if you know someone who was at a location of interest but you yourself were not, you don't need to test and isolate, but you do need to monitor yourself for symptoms.

If you weren't at the locations in the relevant time windows, you don't need to be concerned, but do need to monitor for symptoms.

There are no positive Covid cases in the community, three days after the Sydney case left Wellington.

7000 tests were processed yesterday, with around 2000 of those in the Wellington region, which is around five times the number processed the day before.

Yesterday was the fourth biggest day in the history of the Healthline service, Covid-19 Response Minister Chris Hipkins says.

Additional testing centres have been set up across the Wellington region, bringing the number of testing centres in the region to 51. You can see a list of locations here on the Healthpoint website.

The current wait time across the testing system is around 10-15 minutes, but it’s strongly recommended to call Healthline or your GP to get a booking for a test.

The partner of the Sydney case has returned a negative result, Minister Hipkins says.

People who were at locations of interest at the stated times must follow the advice on the Ministry of Health website.

Director-General of Health Dr Ashley Bloomfield says it is a legal requirement to follow the advice.

“It is not optional, it is actually a legal requirement and is enforceable.”

The locations of interest can be found here on the Ministry of Health website. Currently they are:

If you are a contact of someone who has been at a location of interest, you do not need to isolate and be tested, unless specifically instructed.

A reminder of what Alert Level 2 means: 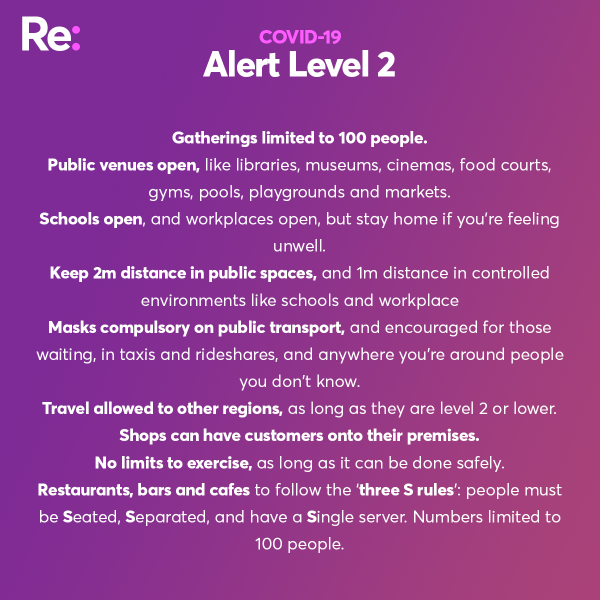 Wellington will move to Alert Level 2 from 6pm tonight, until 11.59pm on Sunday.

This includes the Wairarapa and Kāpiti coast up to north of Ōtaki.

The rest of New Zealand will remain at Alert Level 1.

It comes after a traveller from Sydney who visited Wellington over the weekend has tested positive for Covid.

The Ministry of Health is asking those who were in Wellington over the weekend and are now in another part of the country to not attend large gatherings.

The person who traveled from Sydney was likely to have been infected before they travelled to New Zealand, and are likely linked to the current Sydney cluster, says Director-General of Health Dr Ashley Bloomfield.

The person has had the first dose of a Covid vaccine 10 weeks ago.

They used the NZ Covid Tracer app frequently during their visit, and the Ministry of Health has begun sending out notifications.

“It's a good reminder about the value of the app, and I can’t encourage people enough, wherever you are in New Zealand, to use the app,” Dr Bloomfield says.

The locations of interest where the person visited have been updated, and can be found here on the Ministry of Health website. The Ministry is encouraging all Wellingtonians to check the list.

The travellers had four close contacts in Wellington, two who live in Palmerston North, and two in Tauranga.

All four have been tested and will remain in isolation for 14 days. The two in Palmerston North have received negative results and the two in Tauranga are waiting on the results.

58 passengers who were on the same early morning flight from Sydney on Saturday morning are all considered close contacts, and required to do 14 days self isolation.

The quarantine-free travel bubble with the Australian state of New South Wales has been paused for 72 hours from 11.59pm last night.

When the positive case left Sydney there were only four cases, all with clear epidemiological links. There are now 16 positive cases in Sydney.

To date 1 million doses of the Pfizer vaccine have now been delivered in New Zealand.

The current locations of interest are:

Six locations of interest in Wellington have been identified in relation to a Covid-positive traveller from Sydney who visited over the weekend. Health authorities are asking people to check where they’ve been.

The man, a visitor from Sydney, arrived in Wellington just after midnight on Saturday June 19. He and his partner stayed for two days, and left about 10am Monday June 21. He tested positive after arriving back in Sydney.

So far, four close contacts in Wellington have been identified. Health authorities are due to release more information at the 1pm news conference today, including options for restrictions.

Wellington locations of interest and what to do:

Quarantine-free travel with New South Wales has also been paused for 72 hours. The state is currently trying to control an outbreak of Covid cases.

New Zealand public health officials said it was most likely the Sydney traveller contracted Covid in Sydney before their weekend visit to Wellington, based on the timing of their symptoms. They are continuing to work with their counterparts in Australia around contact tracing. Several locations of interest, including Te Papa and Jack Hackett’s Bar, have also closed as a result.

Go to the Ministry of Health's locations of interest page for full details and more information.

Re: will also have an afternoon update with any new information. 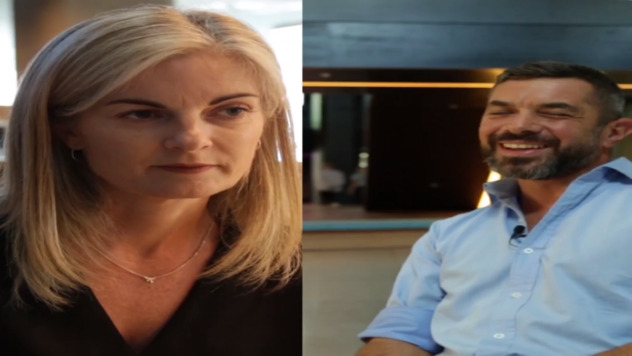