You don’t have to be the next Elon Musk or Bill Gates to create social change. You just need a problem and we’ve all got those, right?

A recent report by the Office of the Children’s Commissioner and Oranga Tamariki entitled ‘What Makes A Good Life?’ says we do.

The report concluded that change is needed in order for young Kiwis to live a good life.

Alexia Hilbertidou, who isn’t even 21 yet, hasn’t just lived a good life, she’s lived a great one. She’s met the Queen, flown with NASA, had more than 33 awards and honours to her name and she did it through technological innovation. 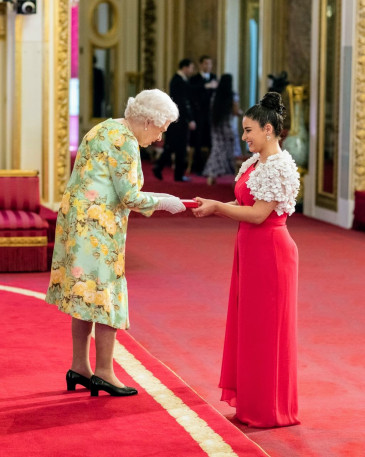 “One of the barriers for young people in technology, particularly young women, is this misconception of difficulty and idea that you have to be an Elon Musk or Bill Gates genius to get into technology and it really holds young people back,”  she says.

At 16, Alexia’s main problem was isolation. Realising she was the only young woman studying digital technology at her high school, she started GirlBoss NZ, an online social enterprise to connect like-minded young women in STEM (Science, Technology Engineering and Math) entrepreneurship and higher leadership.

Alexia got her start in the tech business at high school when she founded KaiShare, an online platform to tackle food wastage through redistribution.

“Science, technology, engineering, math and entrepreneurship are the tools which will, I believe, be the key in solving our pressing global and social issues that we’re facing today,” she says.

According to Alexia, the key to technological innovation is not whether you’re a “tech person” or a “non-tech person”, it’s realising you have everything within you to solve the problems you face.

“Sometimes we’ve got to make that conscious choice to say ‘You know what? This is a problem that I see and I’m really passionate about solving that problem and if not me, then who? And if not now, then when?’”

The ‘What Makes a Good Life?’ report is filled with letters to the Prime Minister from young people writing about what is most important to them. One correspondent from Mt Maunganui wrote, “Clean environment, plastic free, respect the environment, no pollution, no littering.” To Alexia, this could be an opportunity.

Alexia hopes that education and initiatives like Red Bull’s Basement University will bring technological entrepreneurship to the forefront of problem solving in the future.

Re: is proud to present Red Bull Basement University in partnership with HP. Submit your teams 60 second entry video about how campus life could be made better through tech. The winning team from NZ will be the recipient of $10,000 towards further developing their idea, two x HP laptops and a return trip for two to the global event in Toronto, Canada with the other winning teams from around the world. See here for more details.