Young people might feel like Covid won’t hurt them. But Ministry of Health data shows people in their 20s have the highest rates of the virus, and we’re also the most likely to be affected financially. Sasha Borissenko looks at what this unprecedented event really means for us.

The Global Financial Crisis (GFC) showed us young people get hit hardest by a recession. A 2016 Youth Unemployment Report showed young adults in New Zealand - those aged between 15 and 19 - suffered the greatest unemployment setbacks following the GFC. Unemployment among that age group rose from 15 per cent to 25 per cent between 2007 and 2009. That’s compared to the overall population where unemployment rose from 4 per cent to 7 per cent. 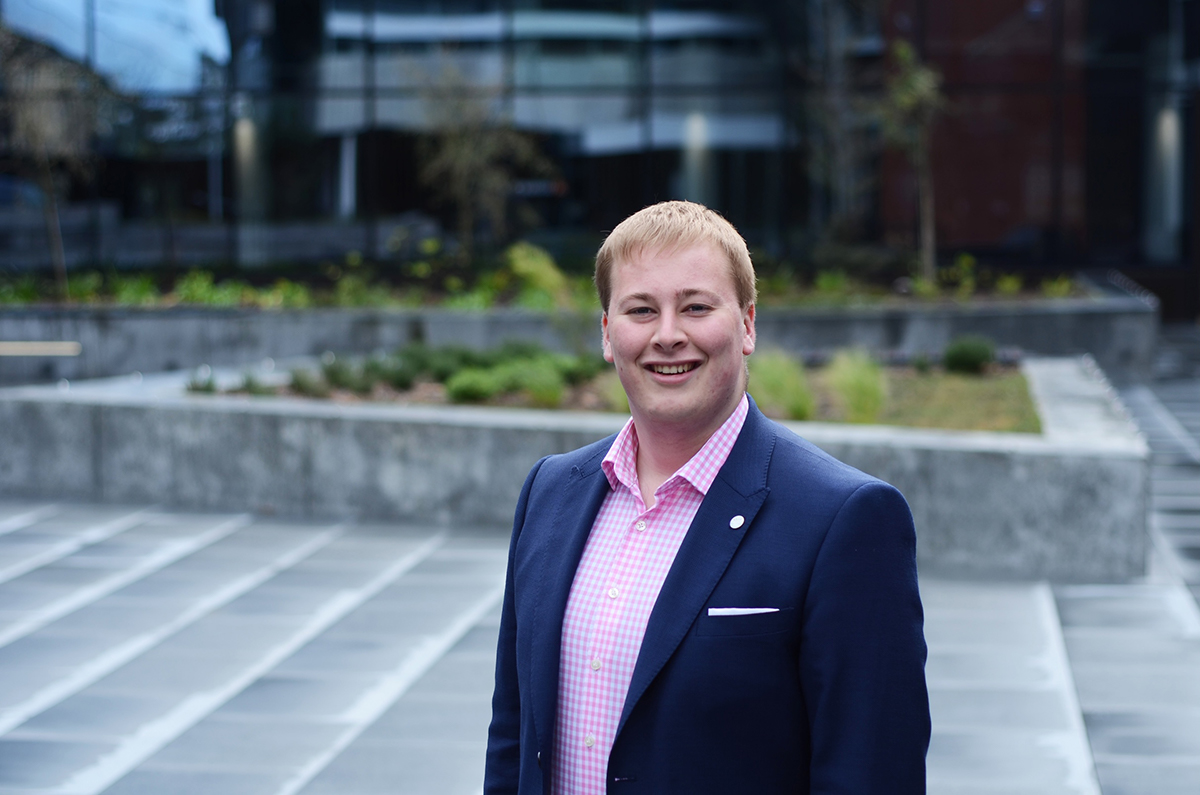 Could it be as bad as it once was? Re: spoke to Infometrics senior economist Brad Olsen to find out.

Kia ora Brad, let’s get to it, should young people be stashing cash in their mattresses?

Brad: Stashing cash would be a foreign concept for any young people seeing as everybody uses cards, bank transfers, that sort of thing. And I would say it’s not ideal for people to stash cash anyway because cash is incredibly dirty - it’s some of the dirtiest stuff around, and it’s important to limit contact as much as possible.

I don’t think that’s a good idea at all, the Reserve Bank has told us that there’s adequate cash in the system, both physical cash, and reserves. There’s nothing to suggest the banking sector is going to seize up.

So the banks are secure?

Brad: In a word, yes. After the Global Financial Crisis, increased regulations were brought in to ensure banks were strong enough to weather financial storms. Banks have to hold more capital than previously, so they have more funding available to backup their lending. Essentially, banks can absorb the loss from increased numbers of defaults if Kiwis end up not being able to pay their debts. The Reserve Bank also has a Bank Financial Strength Dashboard which allows for greater visibility as to how prepared banks are.

[In other words, after the GFC the Reserve Bank made more laws so that banks wouldn’t crumble. It meant they needed to hold onto more money than before, so they could loan money to the people who increasingly needed help after the financial crisis. Or, for people who couldn’t pay back their loans or mortgages, banks could take the hit.]

What industries are likely to suffer and prosper?

Brad: Tourism will never again be the same in New Zealand – this industry is set to see the largest job losses and business closures, particularly with an uncertain, but likely prolonged, period of time before international tourists begin to return to New Zealand. Accommodation and hospitality, alongside retail, are all set to suffer large declines and may take time to recover, with lower spending expected in the economy even once we reach a recovery phase.

There’s a likelihood that health and government employment will rise, for obvious reasons. It’s also likely that New Zealand businesses will go through a period of consolidation, with many smaller operations closing, and new small enterprises opening during the recovery.

Who will have a job a year from now?

Brad: The Covid-19 pandemic is set to have a huge impact on New Zealand’s labour market – there’s no escaping that. We expect that unemployment could rise to above 10 percent, from 4 percent at the moment.

Those workers employed in professional services [accountants, architects, lawyers, teachers, for example] and the primary sector [mining, construction, fishing, agriculture, for example] appear to be best positioned to retain their jobs, as these areas can continue to operate even during a Level 4 lockdown. But it’ll be an undeniably tough time for many across all sectors.

Is it even worth staying at university?

Brad: Yes absolutely – with times of higher unemployment, we generally find that there’s an increase in people in education as they retrain for new opportunities in a restructured economy. Now’s a good time to consider what options for education there might be.

What would you be studying if this were your first year at uni?

Brad: Personally, if I could go back and study again I’d want to do something in the health space, which obviously is needed at times like these! But more broadly, I think we’ll need to have people going into core areas like teaching still, alongside our trades that will help New Zealand rebuild.

I think that courses should look to have a broader base to them, and where possible, incorporate area-specific ICT (Information Communication Technology) modules to make sure everyone’s able to streamline processes online where possible. This whole working from home gig is making some significant changes to how Kiwis operate, and I think we should embed that in our education.

What is the likelihood that an average young New Zealander will be able to afford a house in the next 5 years?

Brad: Although we’re expecting house prices could decline by 5-10 per cent over the next 18 months or so, we also know that young people generally are one of the key groups who lose their jobs during economic downturns. Given this, it might prove to be more difficult for young people to get into housing, as many will need to use their savings to keep paying their bills at present if they lose their job, making that deposit harder to get to.

Although house price declines mean houses will be more affordable all other things being equal, they’re still falling from record highs, so we expect housing will remain unaffordable, but not as unaffordable as previously.

If you had any money to invest, where would you be putting it right now?

Brad: The financial markets continue to be in turmoil, but there are some areas that can always offer some safer returns: we generally see utility companies holding up during downturns, as these are staples that everyone needs, and the same is true for supermarkets. Infrastructure is going to be a key area of focus in the recovery phase, so I’d also be looking out for infrastructure-related investments a little further down the line.

Should young people be moving their Kiwisaver into more conservative funds?

Brad: Probably not at the moment – although Kiwisaver earnings will be looking rather dire right now, any declines are only actually locked in when you switch fund types. If young people are worried about their Kiwisaver, it’s definitely worth taking some proper, tailored, financial advice, but my general view would be that if young people don’t need the funds in the next few years, it’s worth considering riding out the storm that’s currently overhead.

Mortgage holders are getting a payment holiday, why aren’t rents on hold too?

Brad: It’s important to note that this mortgage holiday only hits pause on the mortgage, with the actual mortgage still having to be paid back over time. But there’s certainly a case to be made for a rent holiday for those who have lost jobs or hours and are unable to pay rent.

I’d really hope that landlords would be willing to extend support to their tenants. With more Kiwis renting than ever before, it’s certainly an area that deserves more airtime. To be clear, we’re talking about people’s homes and shelter when we talk about renters, and we need to keep that in mind when we’re deciding what to do or not do to support people.

For the first time in history the Reserve Bank is buying up to $30 billion in government bonds. The process is sometimes called “money printing” because it’s effectively releasing large amounts of money into the economy. What’s that all about?

Brad: The Reserve Bank [New Zealand’s central bank, which is owned by the government but acts independently from it] has agreed to buy up to $30 billion of government bonds. These bonds are held by other organisations, say, retail banks and other institutions. The Reserve Bank creates new money to buy these bonds off organisations and institutions that currently hold the bonds, and in doing so the Reserve Bank lowers longer-term interest rates, which allow retail banks to keep their funding costs lower by providing a signal to the market that it will keep interest rates, including the official cash rate, low for an extended period of time.

[In other words, by the Reserve Bank purchasing government bonds, it means people don’t freak out and throw the baby out with the bathwater].

Are there any historical events we can look to for guidance in these circumstances?

Brad: Yes and no: other economic crises in New Zealand’s history give us some clues as to what happens next. The most recent was the Global Financial Crisis, and that doesn’t paint a particularly rosy picture of the future. Unemployment will go higher, and it’ll take time to re-engage the economy. The Great Depression of the 1930s is becoming more of a reference point, although this current crisis isn’t as bad as the Great Depression… yet.

In both cases, unemployment rose and the economy took a while to splutter back to life. But it’s also important to understand that both of these have been started by financial market problems, whereas our current downturn is first and foremost a health crisis.

So the methods we employed to boost the economy in previous times - increasing aggregate demand by giving people more money to spend - won’t be as efficient this time around. Instead, an even greater focus on infrastructure construction, and the associated employment opportunities within that, will be key. 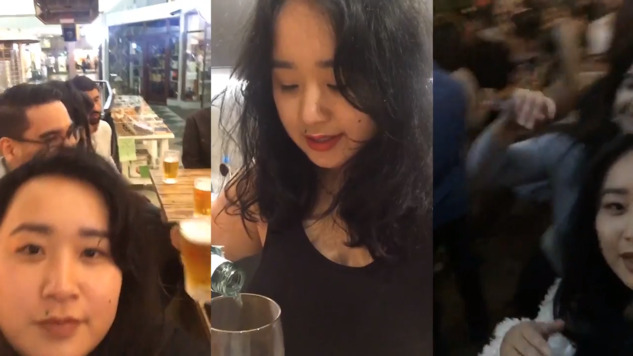 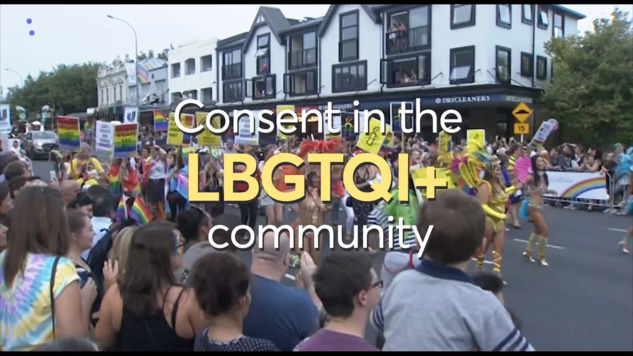