Safari Hynes of Rangitāne is a 20-year-old from Te Whanganui-a-Tara. Earlier this month he was part of the Māori Constitutional Convention, a hui working to establish what a constitution based in tikanga Māori could look like for New Zealand.

Kia ora Safari, thanks for talking to us.

Kia ora. I will start with the fact that I'm no expert in this field, I am just someone who is learning, and trying to do my bit.

What is a constitution?

Often when you say “constitution”, it can be made to look more complicated than it really is.

Is there a Māori constitution?

Every society has some form of a constitution, because everyone has to have rules that they agree to live by - without that you wouldn’t have a civilisation.

Something we've been trying to fight against is the “primitive barbarian” narrative that’s been put against Māori: “you didn’t have a system of law, you didn't have a constitution, you had a primitive language...”

So part of our job is actually uncovering Māori constitutionalism, looking at the unique ways that different Māori communities made rules for themselves, what values and what principles they based those rules on.

The first point is that Māori, as did every human society, had constitutional arrangements. They had rules they agreed to live by, and those were informed by underlying principles, what we would call tikanga or kawa. (In some areas it’s known as tikanga, in some areas known as kawa).

What happened through colonisation was the imposition of the Westminster system of parliament, and the Westminster constitutional arrangements on iwi and hapū throughout Aotearoa.

Does New Zealand currently have a constitution?

New Zealand doesn't have a codified or written constitution like America, for example, who have a single document for easy referral.

What we have is a mixing bowl full of different and key documents that are incredibly important to the way that our country governs itself.

So for example the New Zealand Bill of Rights Act 1990, which enshrines the rights of every New Zealander. The Electoral Act 1993 is a part of the constitution, because it enshrines the way our elections will be conducted. There are also different cases in our common law system that indicate the powers the executive branch of government has.

Our constitution is just made of lots of different pieces that all inform how we do things. It's not one document that clearly lays out the values that we live by as a country and the rules that embody those values.

Should we have one document?

There are both positives and negatives to having one written constitution.

The positives of a written constitution are that it gives clarity, because quite simply it's written very clearly what is a go and what is a no-go.

But our unwritten, uncodified constitution has meant that the way we live can change with how society works over time. Imagine if we had a written constitution from the 1860s, right in the middle of the New Zealand Land Wars - a constitution which would have been entrenched in the values of those times and would have been hard to change.

The point of a written, codified constitution is that things are entrenched and clear. So if you're seeking change, that process is going to be hard - you literally have to change the constitution. Like in the United States constitution, you have to have constitutional amendments, but it's a way more difficult process to implement that change.

Is a written constitution needed for New Zealand?

Those are some of the questions that we need to be asking ourselves - should our constitution be written or oral? In te reo Māori or English?

What would the benefits of having a written constitution be for Māori?

So that Māori retain their tino rangatiratanga, their absolute authority over their people and environment. 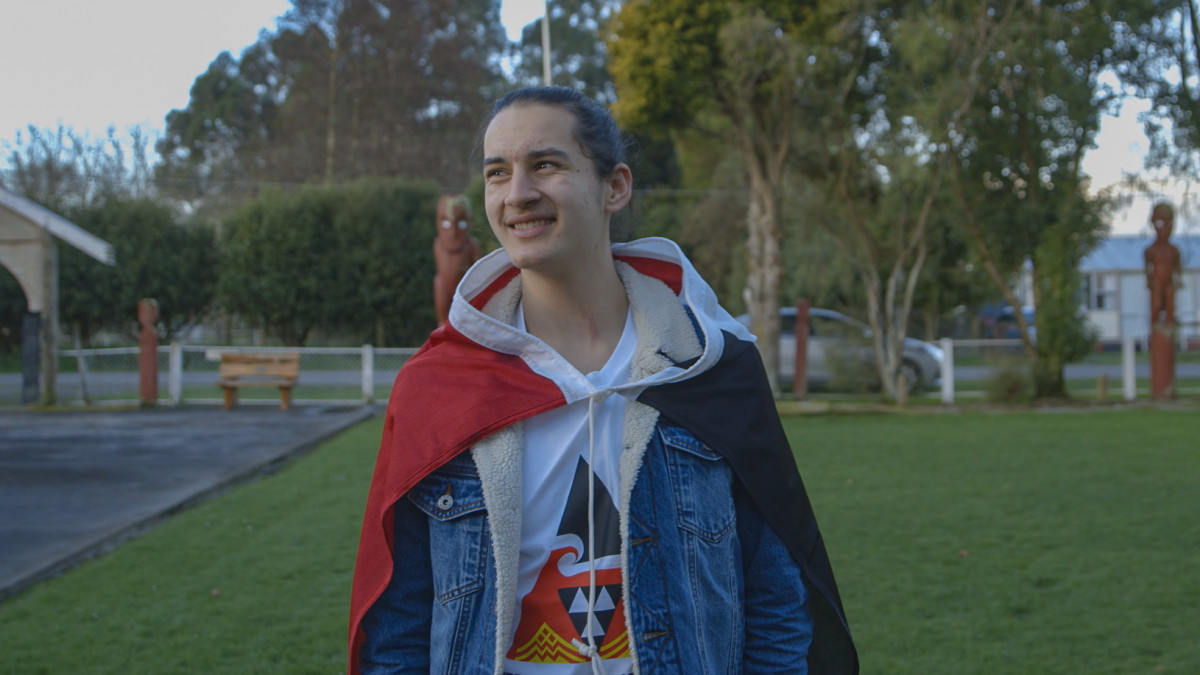 Do Māori currently have tino rangatiratanga, absolute authority over their people and environment?

I think that question is subjective to the varying degrees of authority that different hapu and iwi around the country have.

For example Tūhoe as well as iwi like Ngāti Kahu have a strong degree of authority over what happens in their takiwā, their location, their region, their place.

At the moment Māori are constitutionally powerless, and what that means is there is no constitutionally-enshrined place for hapū and iwi to have the decision-making powers promised in Te Tiriti. There is a unilateral use of Crown power.

We should though. That's what we should have. And not just over our taonga either, over everything.

As the report of Matike Mai put it, the idea of rangatira ceding their intergenerationally-transmitted responsibilities was “legally impossible, culturally incomprehensible, and politically and constitutionally untenable.”

A way I personally think about it is that it’s about Māori being able to determine what level of authority they wish to have. If they want to have full authority within their boundaries, then that should be the reality.

If they want to work with a council on co-decision making, or work with local government, then that should be the reality.

The Waitangi Tribunal speaks about three different spheres of influence.

What is the Matike Mai report?

The report is a culmination of four years of engagement around the country, led by Professor Margaret Mutu and Dr Moana Jackson.

This report is not about saying “this is what our constitution will look like”. More than anything it's about trying to engage the people of this land to engage in the conversation around our constitutional arrangements.

One of the parts of the report talks about the constitutional values.

It’s sort of how you would look at the principles or the underlying values of Māoridom - like kaitiakitanga - looking after the environment, ensuring protection of Papatūānuku, of our waterways.

So comparatively, in a Western viewpoint, you have the fundamental principle of democracy, and that is embodied by Parliament. It's the same idea here.

There are 7 values they came up with, and these values came out of these engagements around the country.

Can you tell me about the constitutional convention you attended?

So the Matike Mai report recommended that a Māori constitutional convention take place in 2021. That was held on February 3rd.

Part of the convention included what we might think a strengthened rangatiratanga sphere would look like. For people who had their ultimate and absolute authority stolen from them, now we're starting to build a picture of what having that back might look like.

There was no question of whether Māori should be retaining absolute authority over themselves, that wasn't even a question during the convention - it was taken as a given. There was no suggestion that Parliament, an institution that was the major player in the taking of our land, lives and power, would be the end-goal for Māori.

There have been times where this prospect has been and continues to be frightening to some. But the convention showed that everyone present was of the same mind, that honouring Te Tiriti o Waitangi means that we have absolute authority, and that whatever the Crown wants to do with its people does not impinge on our authority.

That was a great positive that we were all on the same page. So the next step, along with sharing knowledge, is figuring out what institutions will best give effect to what we've laid out.

And so a part of the discussion now is about the very technical questions about how we best give effect to those values that we have.

In my mind at least, what I think it could look like is tikanga Māori being the only law applicable within certain boundaries where iwi Māori say they apply.

For example, if we said, “right, from point A to B, only tikanga Māori will apply. British law, Parliament has no say about what happens here”. That's a possibility - in the same way that foreign laws apply on embassies.

That's what I see for the rangatiratanga sphere, whatever the circumstance: tikanga Māori and the Māori way of making decisions is paramount.

And that there is no imposition of Crown authority within the boundaries that we set for ourselves. I'm not quite sure what the mechanic and what the intricacies may look like, but at a very high level that’s what I see.

What does tikanga Māori decision-making look like?
One example we see is that our fisheries are being depleted, our kaimoana is being over-eaten.

So if we put a rāhui on, then that rāhui would be in full force, the Crown can’t do anything about it, you abide by our law.

At the end of the day, it's actually common sense, it's not rocket science. If your fisheries are being depleted, stop fishing. That's the beauty of tikanga, it's very common sense, practical and flexible.

The Covid-19 lockdowns were actually a great illustration of what our ultimate desire is - to be able to take care of our own people, and those who choose to live within the boundaries of our authority should live by our rules that we have in place to protect our people and our environment.

Tikanga Māori-based decision-making also involves putting our taiao before ourselves. Without a healthy environment, we cannot survive.  It also involves looking after each other, none of this capitalist-individualist nonsense that pits person against person and values money over everything else.

It’s actually not as scary as many people may think - after all, it lasted our people hundreds, if not thousands of years before non-Māori turned up.