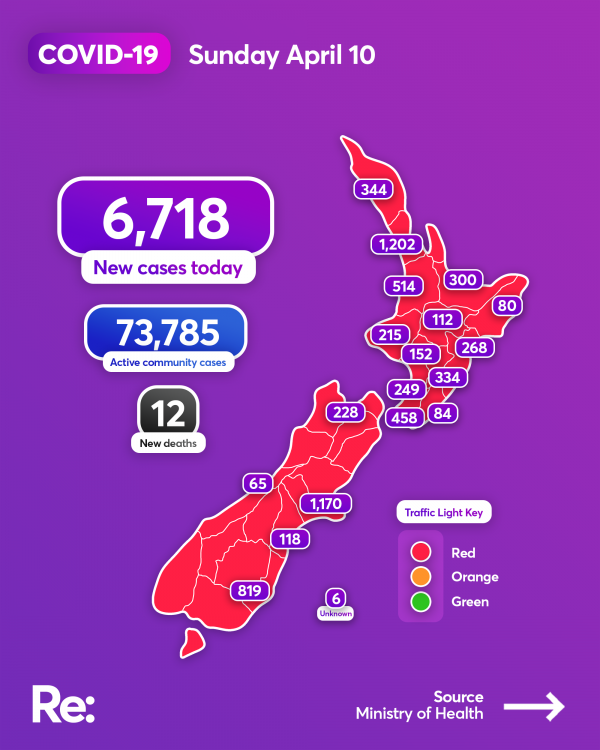 The deaths being reported today include people who have died over the past 17 days.

Of the people whose deaths we are reporting today, eight people were from the Auckland region, two from MidCentral, one from the Lakes DHB area, and one from Hawke’s Bay.

Six were female and six were male.

There are 604 people in hospital, with 22 of those people in intensive care or high dependency units.

3.6 million RATs have been deployed so far.

'Last call at 9.30pm': What the nightlife is like in New Plymouth

How a Russian billionaire destroyed the Waiwera Hot Pools

Project Bloom: A photo studio that had Wellington teens in its grip