The men in Tiger King couldn’t hate women more if they tried, argues Jean Sergent. But our obsession with whether Carol Baskin killed her husband is about something deeper, and yet more simple.

His story is the zeitgeist, and the memes are abundant. The one man we can all unite around in a global pandemic? The gun-toting gay guy who would be governor: The Tiger King himself, Mr Joe Exotic.

When the dust settled and we had all finished the seven-episode whirlwind of mayhem that is now being touted as the biggest documentary of all time, one question was on everyone’s lips: Did Carole Baskin kill her first husband?

Nevermind Doc Antle’s sociopathic demeanour and harem of young women living on his compound. Nevermind the unabashed leering menace of Jeff Lowe. Nevermind that Joe Exotic himself seemed to be drugging and entrapping young straight men into a bigamous marriage surrounded by caged wild animals. What we want to know is do you think she did it.

These men are so clearly, abundantly awful that it is almost farcical. Not almost, it is a farce - if there weren’t real people and real animals being harmed by their megalomaniacal clowning. Yet because the criminality of men like Joe, Jeff, and Doc is entirely commonplace in the extremes of Americana, Carole becomes a cleaner, clearer villain. The banality of evil.

The evidence that Carole killed her husband is far from abundant. The crime - if indeed there was a crime - happened two decades ago. Yeah, the audience says, we get that. But did she do it though?

In due course, a few days of internet in the time of corona passed, and the backlash started. Not the backlash against the documentary - this was audience member against audience member. Quite rightly, people were pointing out that despite all these men, and all their obvious criminality, it was Carole and an alleged crime for which there is no evidence and no body that was getting the majority of the public grief.

It’s misogyny, the commentators said. She’s a woman and you’re focussing on her because she’s a woman. It’s a fair point, and it may be true on the surface. But maybe there’s something deeper, and yet more simple, going on.

It’s definitely a gendered response, yet that’s because a woman killing her husband is a very straightforward crime. Considering the prevalence of domestic violence, Carole’s history of victimisation, and the gendered nature of economics in heterosexual relationships, it might just be a perfectly understandable crime.

Doc Antle’s crimes are more insidious, complex, and just downright American. He has multiple “wives”, who live in separate but adjacent homes on his expansive property. You know who else has that set up: Hugh Hefner, cult leaders, and Mormons. Nothing is more American than Playboy, cults, and Mormons.

Jeff Lowe is rich and dead-eyed, just like Jeff Bezos. He has a penchant for younger - much, much younger - women. Just like Jeffery Epstein.

Joe Exotic is a maniac. He’s mean, he’s chaotic, he’s cruel - and his crimes are so obvious. Despicable, yes absolutely. But obvious. Just like the President of the United States. And yet for all his flaws, his criminality, his atrocious personality, and his rampant mistreatment of people and animals, Joe, just like Trump, has something that Carole never had nor could she ever hope to have. Joe has charisma.

The storytelling, narrative arcs, and editing devices of the documentary pits the characters against each other in gendered ways, focussing on the hypermasculinity of the men and emphasising the doe-eyed hippie girlish qualities of Carole.

Yet these are totally consistent with the gender roles the individuals place themselves in. The subjects themselves are obsessed with gender and gender roles, expressing that through clothing and sexuality as much as through expression. These are deeply misogynist men. They couldn’t hate women more if they tried. So why do we need to hate Carole as well?

The point is not that Carole murdered her husband. If that man was murdered, his body will likely never be found. If he wasn’t murdered - if he hopped a private plane to Costa Rica, or crossed the border to start a new life in Mexico - then he’ll never be found there either. The point is that murder is a much more straightforward and understandable paradigm than all the crazy stuff that these old country boys get up to. 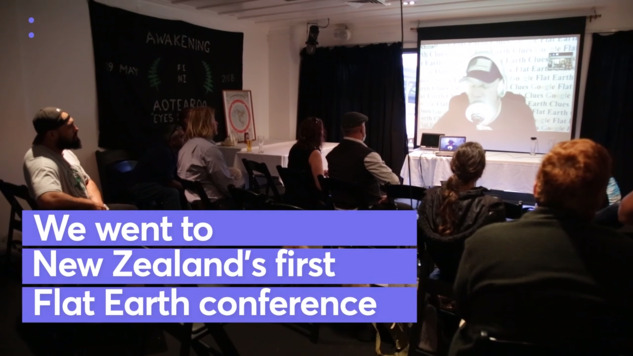