Over the weekend Re: journalist Baz Macdonald needed to travel home to Invercargill for his grandma’s funeral. Back in the distant past of three days ago, we were only at Alert Level 2. Now the world has changed and he’s had to rush home to Wellington for lockdown. His two flights were only days apart, but days feel like months in these weird times. Here’s what it’s like rushing across the country to get home before lockdown.

In Queenstown airport this morning I was sitting across from a young couple clinging lovingly to each other in the departure lounge. One wearing a surgical mask, the other a painter's mask.

Their closeness was a stark contrast to the rest of the room, where the few remaining travellers were sitting as far apart from each other as possible - even, it seemed, those who were travelling together. Yet these two could not get close enough.

It was only as the call for passengers to board their flight rang out that this desperate closeness was explained. They stood, removed their masks and kissed each other lovingly until the final call came across the speakers, and the young woman reluctantly walked away as her partner stayed behind. 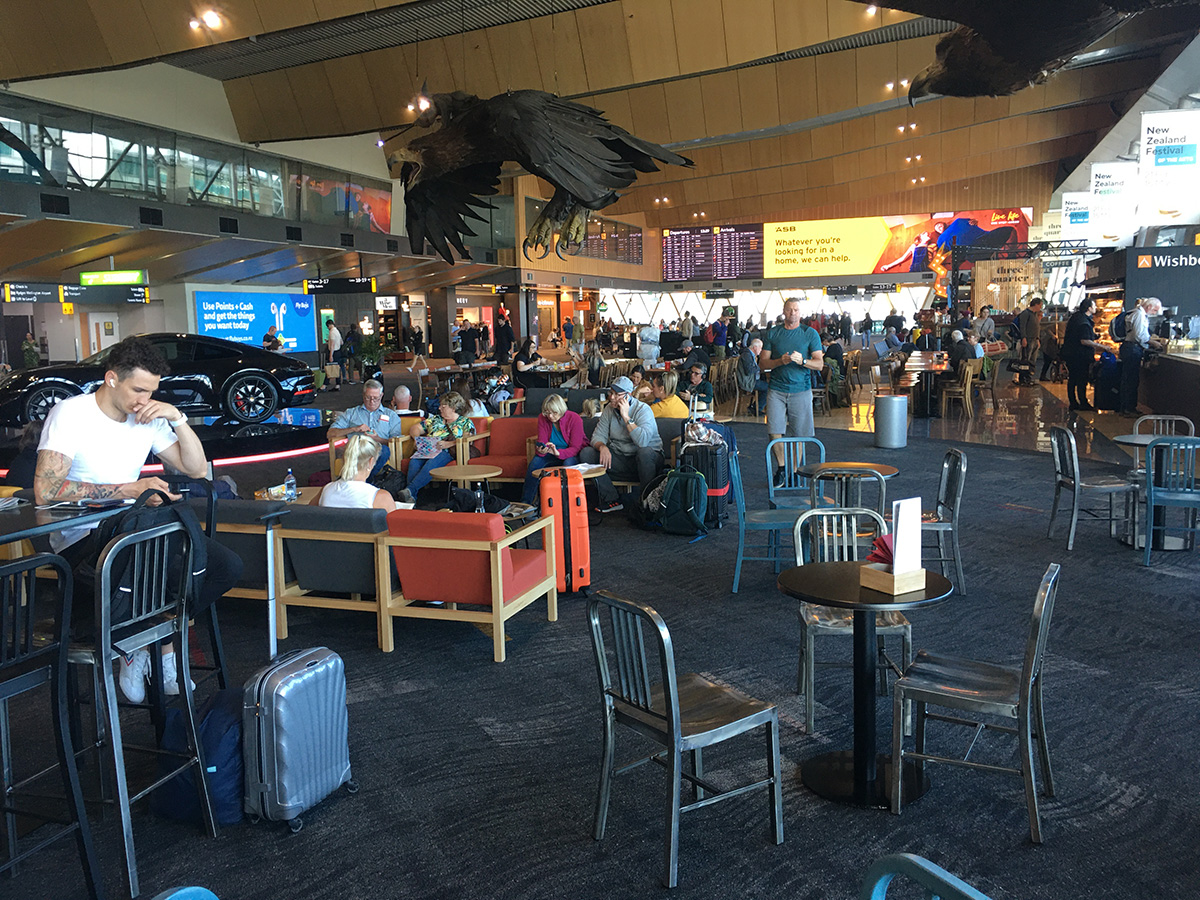 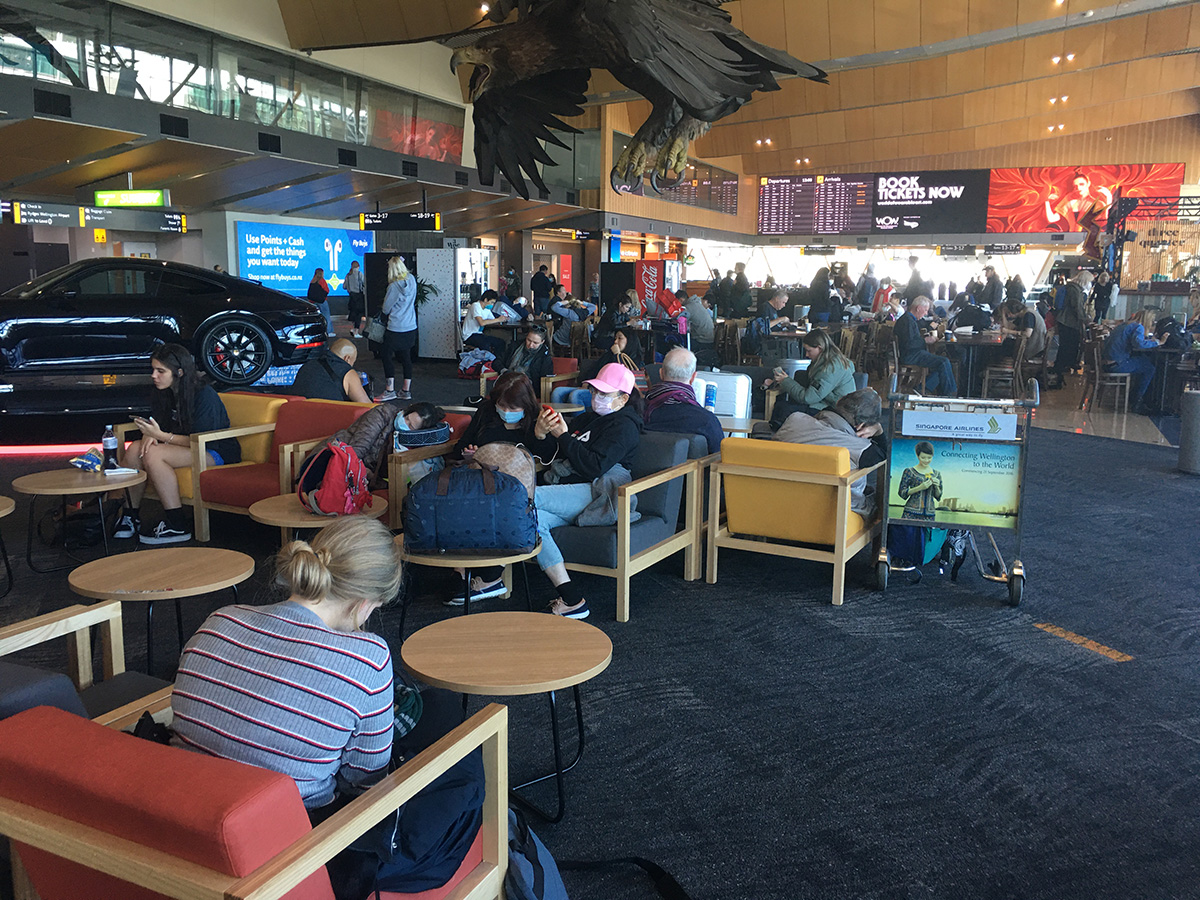 This was my second time travelling domestically in the last three days. Last week, in the midst of this unprecedented event, my nana passed away and I felt compelled to travel south to say my last goodbyes to her.

The first time I travelled was on Sunday, when our country was at Level 2. Despite the uncertainty and anxiety that still existed on Sunday, it was nothing compared to the desperation, fear and heartbreak present in those travelling today, on the eve of our country going into lockdown. 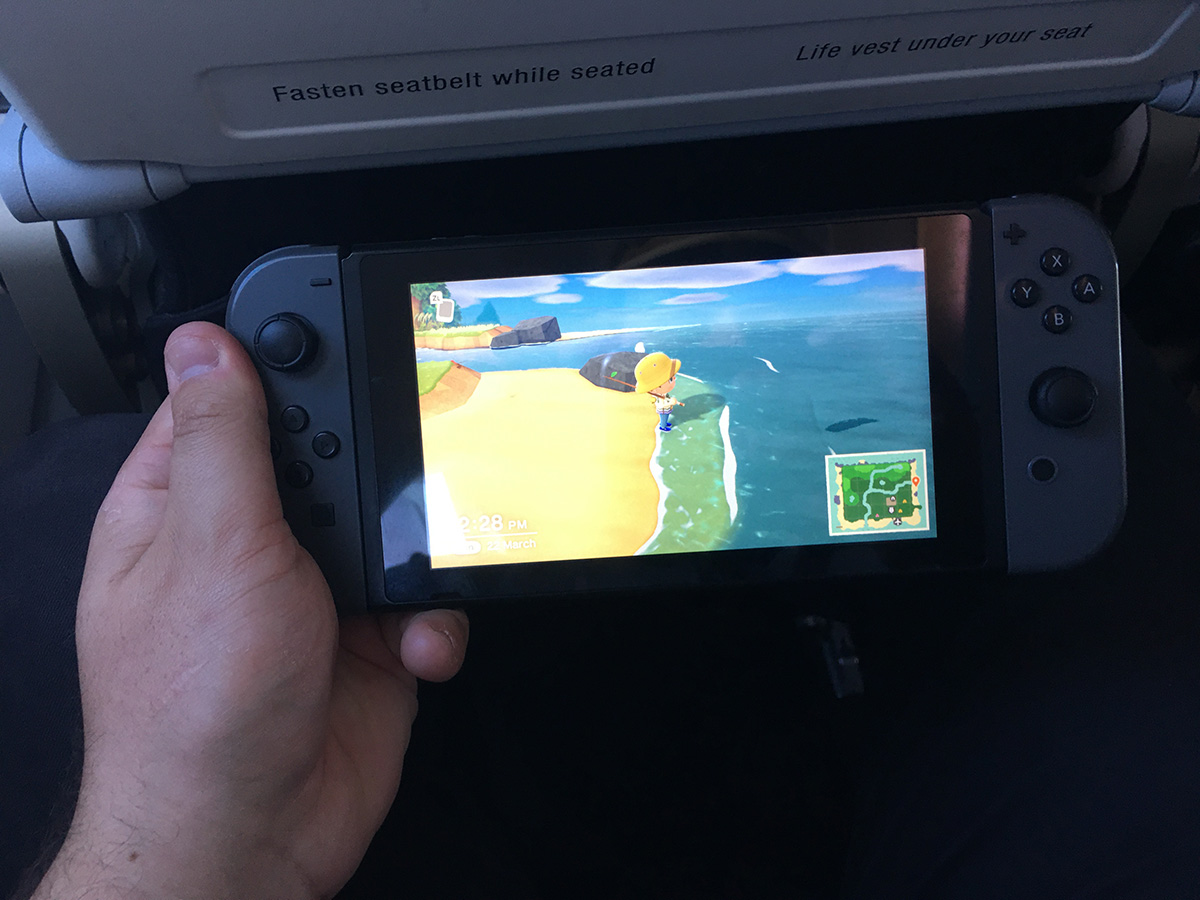 Sunday, 22 March: Animal Crossing, a place to go when the real world sucks 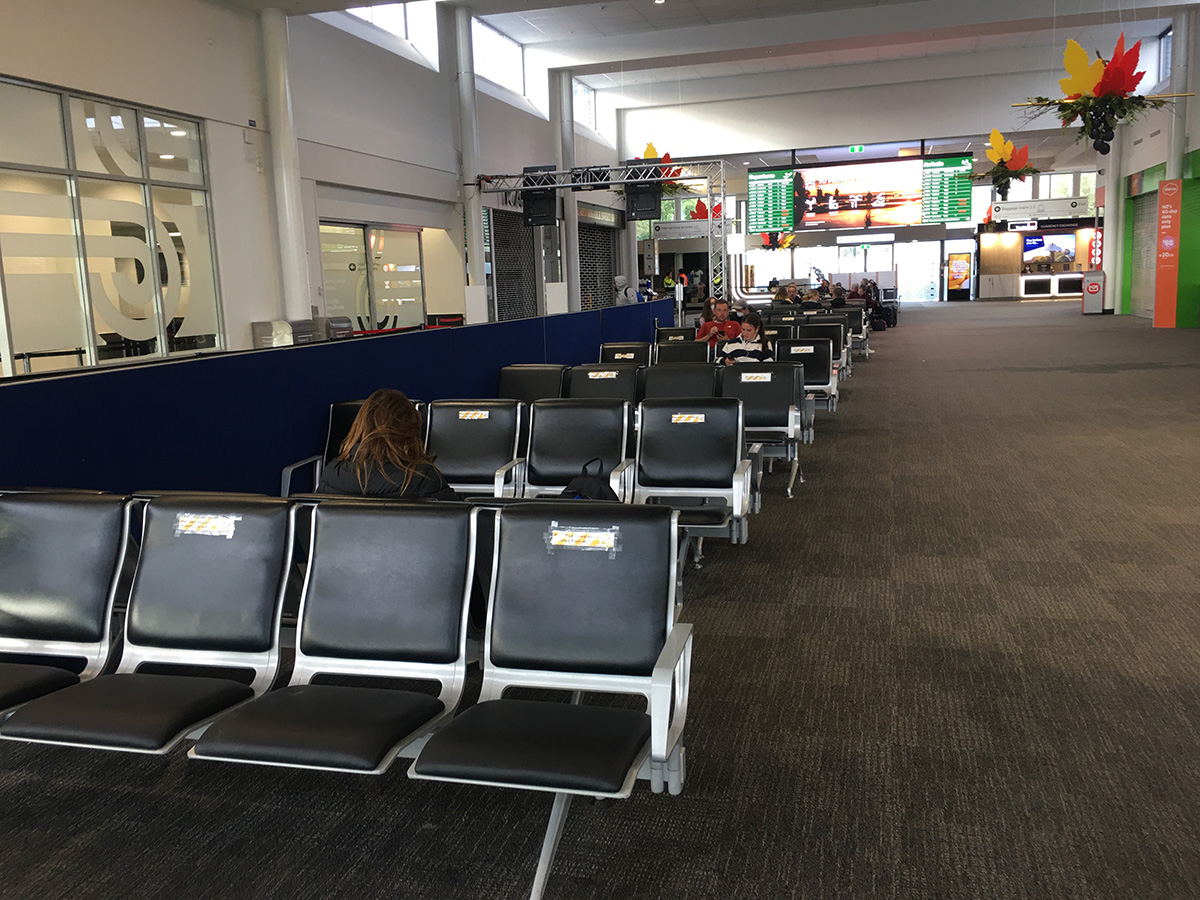 In this new post-Level 4 reality, not even the death of my nana justifies travel anymore - an idea that would have seemed abhorrent to us a month ago, but is now the reality we’re all contending with. As such, the tenor of everyone's journey had shifted. Like that couple, today we were all saying goodbye in one way or another. Goodbye to our loved ones, goodbye to the luxuries we are used to, goodbye to our freedom. 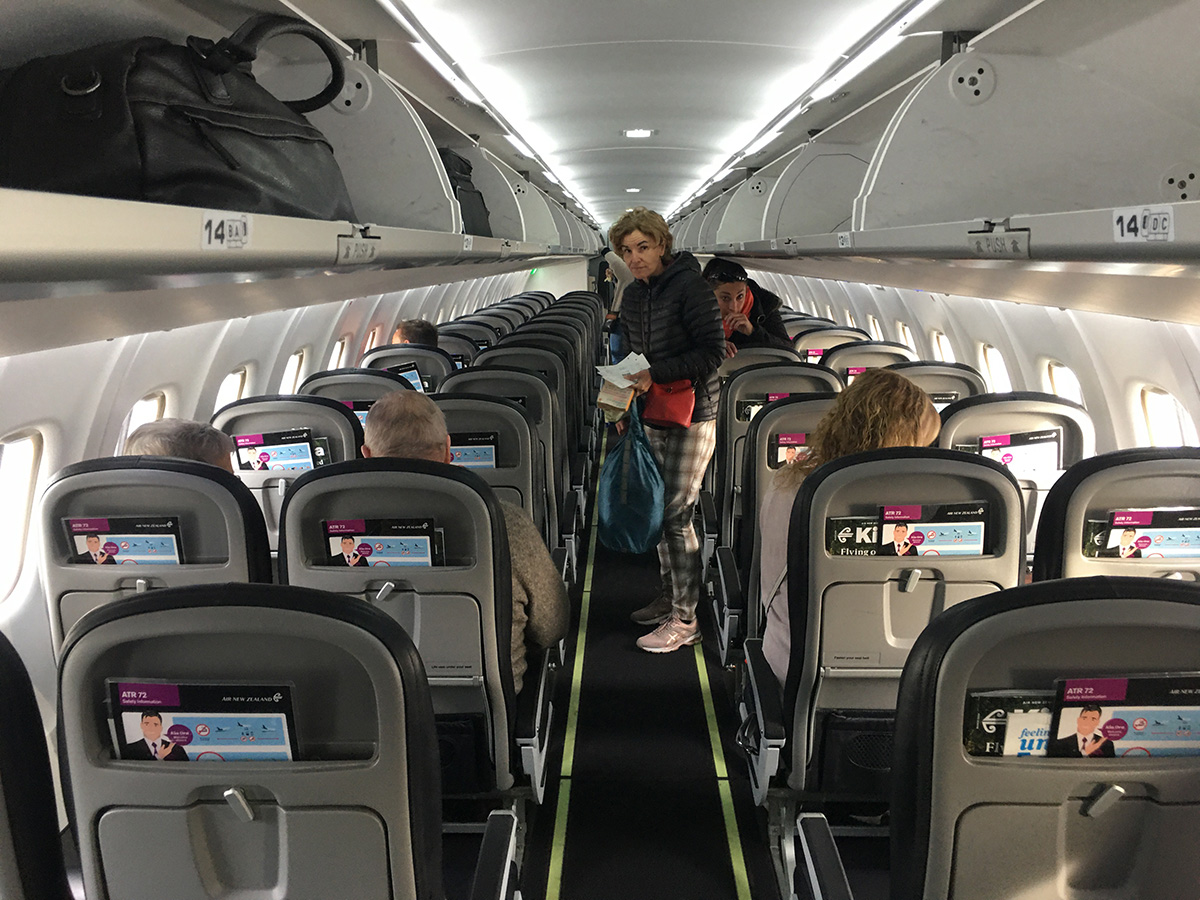 While these sacrifices are all for the noble cause of protecting each other, the air of difference it created in travelling on these two days was palpable. This became obvious from the first step of my journey when returning my rental car.

On Sunday, my rental car shuttle operator talked cheerily to me about the changing landscape of Queenstown. He was conflicted between a frustration and adoration of the Kiwis who were still travelling down to holiday in the town - on one hand they were being flippant about the dire situation our world is in, on the other he was relieved they were still bringing tourism dollars to a city that lives off of them.

But this morning my new shuttle driver talked to me teary-eyed and through gritted teeth about the uncertainty of what was going to happen to her over the next four weeks. She was frustrated with her bosses for not giving any clarity on what was happening with their jobs, their pay, or implementing any procedures to protect their health. 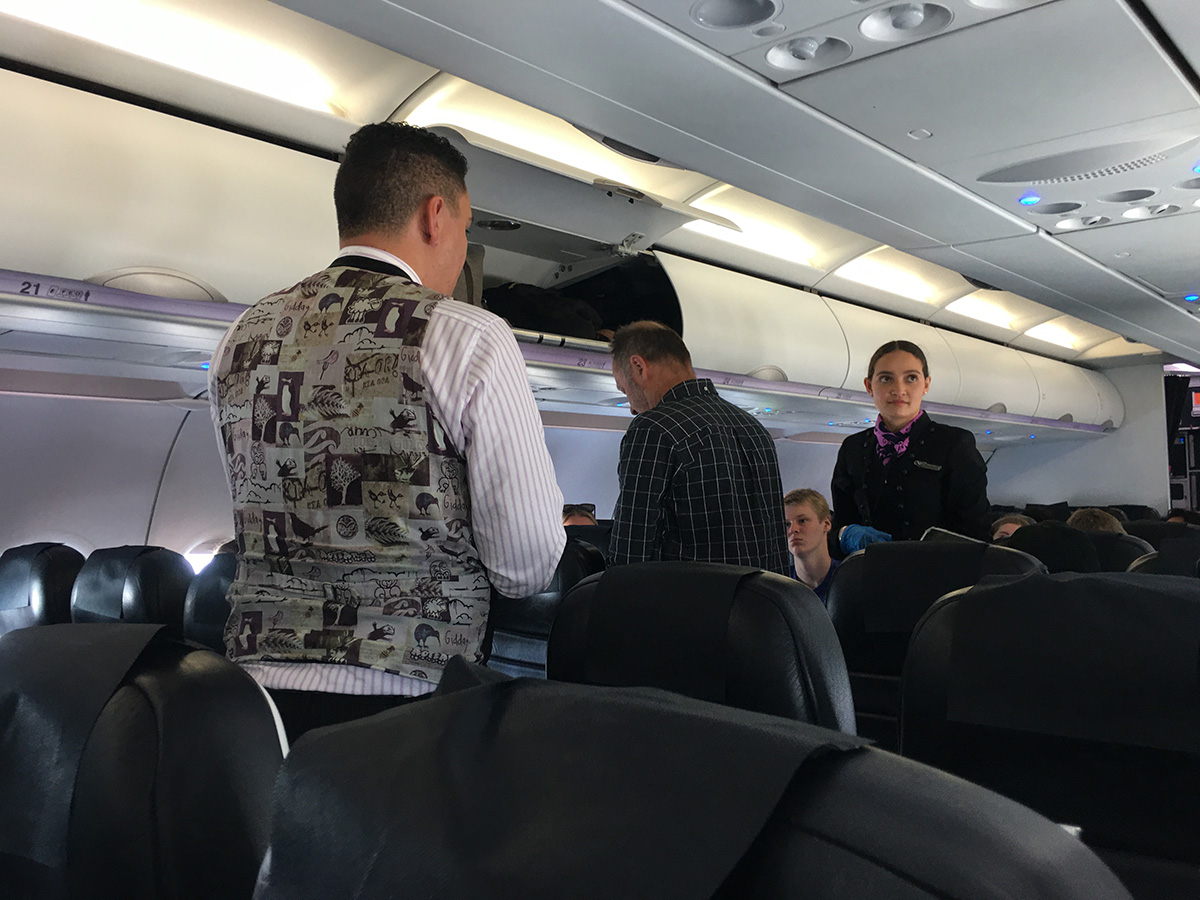 Similarly, the tone of the airport and aircraft staff had shifted dramatically. On Sunday, all flight attendants had their trademark immovable smiles and upbeat demeanour - with the staff even taking the time to hangout in aisles and talk to the noticeably reduced number of passengers they had onboard. In a playful moment between two attendants, I even heard one chuck in some cheeky gallows humour, saying “might need to call in sick tomorrow - been working too hard today”.

Today, however, the smiles were beginning to falter under the strain of working extra hard to get everyone home. As well as putting themselves in danger of infection, the flight attendants know layoffs may be likely for many of them at the end of it. In a new procedure, one attendant began the flight by moving between each passenger with a bottle of hand-sanitizer with a tone that made it clear its application was far more of a demand than a suggestion. 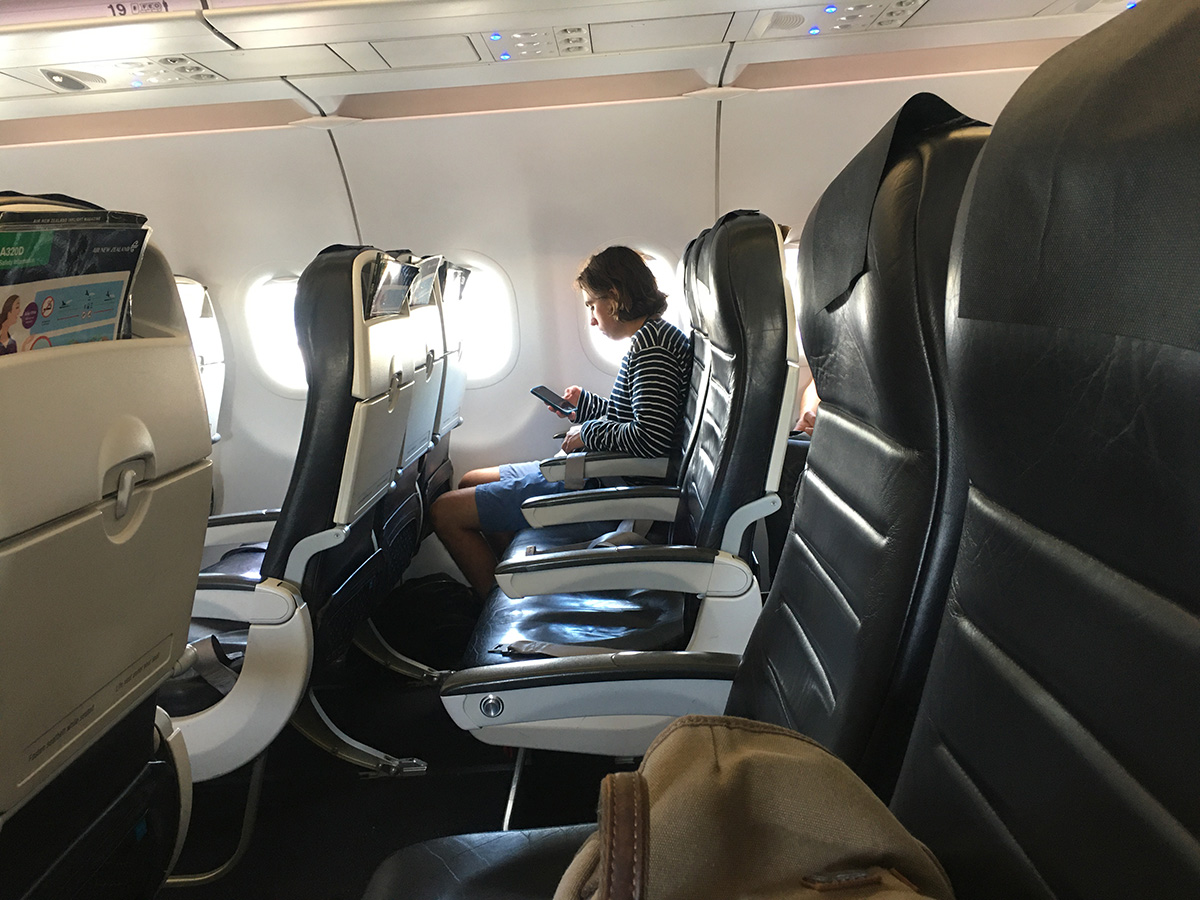 This was also a flight out of Queenstown, and so I could understand their frustration with having to transport home many people who likely shouldn’t have been there in the first place. As my first rental car driver had mentioned, as recently as Sunday they were still getting people coming into town to take the holidays they had booked. And, sure enough, the couple in front of me on this trip back north had arrived on Sunday for a holiday and were now sullen, though understanding, that their trip was being cut short.

But far more common than holidayers were people desperate to get home. On Sunday I spoke to many foreign travellers who were simply frantic, and were feeling understandably anxious that their window to do so was slipping away. I empathised with them this week, because I had the fear that I was going to get stuck at my family home down south, rather than with my partner in Wellington. If that was the fear and anxiety I felt with being stuck at one home instead of another, I can’t imagine how awful foreign travellers who felt (or actually are) stuck in New Zealand must feel.

Just as common as the foreign travellers were the Kiwis, like myself, who were just trying to get home, or help their family get together somewhere safe. I spoke to a man on my flight on Sunday who was travelling down to Queenstown to help his daughter, who had lost her job due to the pandemic, move back up to Wellington. Many Kiwis I spoke to had similar stories.

Those I spoke to today all had near-manic looks on their face, after spending the past 48 hours since the announcement of the lockdown desperately scrabbling to get themselves home. I spoke to one man at Christchurch Airport this morning who had made six different bookings in an effort to get home - the first being the most roundabout possible, flying through four different cities. Finally with his sixth booking, he found the most direct flight home as seats and new flights opened up. 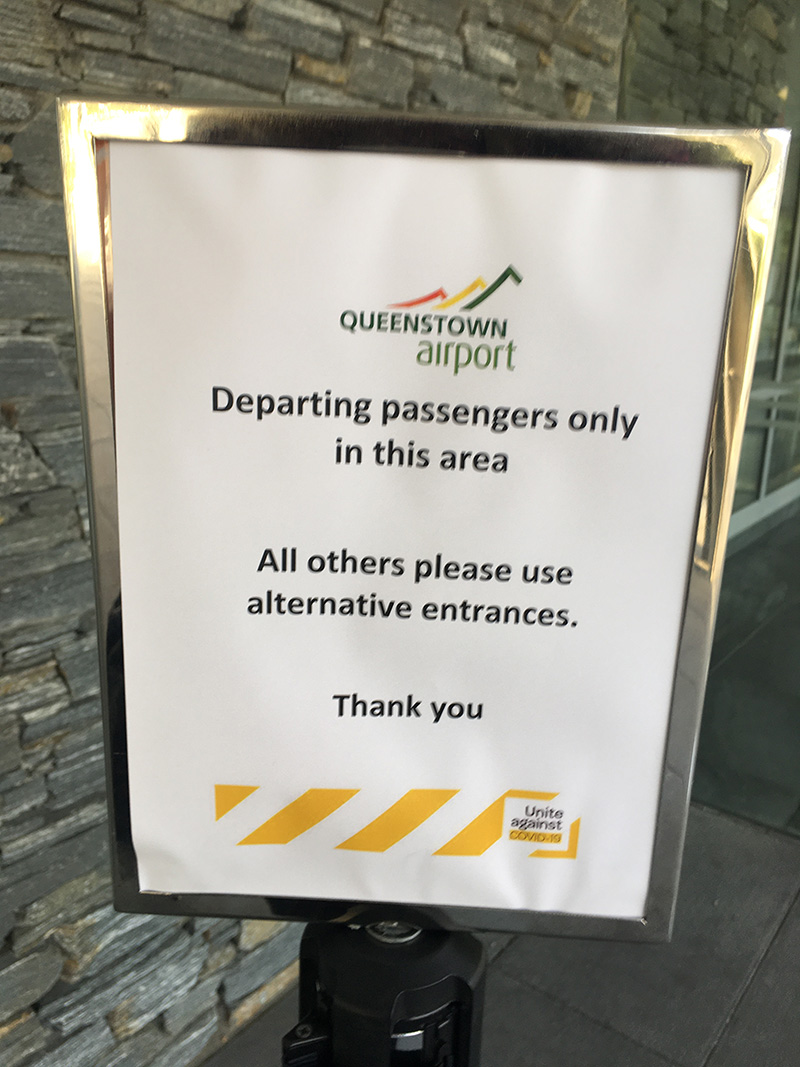 Despite the relief of finally being one flight away from home, many of these domestic travellers still wore the fear and anxiety of the past several days on their faces - as if they were sure their journey home was going to get snatched away at any moment.

Honestly, I probably looked the exact same way. Now, thankfully, I have made it home and am making final preparations for our four weeks in isolation. I hope that, like me, all travellers have found their way home and we are all in the safest, most comfortable situation possible for what is bound to be the most unprecedented four weeks in our nation's modern history. 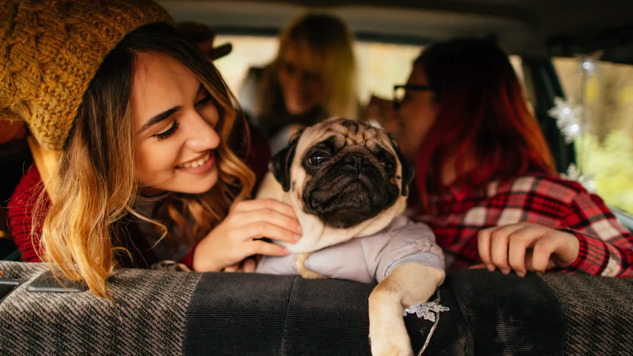