Do you want to explore the world but worry what it will do to your carbon footprint? Same.

I recently booked flights to travel to South Korea and Japan later this year. I have dreamed of visiting these countries my whole life, but beneath my excitement, I have a niggling sense of guilt.

With the world in the midst of a climate crisis, it’s hard to ignore the little voice in my head asking if experiencing the world is worth the environmental impact it will have.

After all, not flying is at the top of the list of things individuals can do to cut down your carbon footprint.

To put my trip’s impact into perspective, my personal carbon contribution for just the return flight from Auckland to Seoul is 3.7 tonnes of carbon. Globally, the average person’s annual carbon emission is 4.35 tonnes a year. Which means, in one day of flying, I am going to contribute nearly as much carbon to the atmosphere as most people in the world do in a whole year.

As Kiwis on an isolated island at the bottom of the world, this conversation around reducing our air travel is particularly daunting. Our options are very limited in terms of transport and there are far fewer destinations we can travel with a relatively small impact. Even on a return flight from Auckland to Sydney, each passenger is contributing nearly a tonne of carbon to the atmosphere.

Whereas, if you live in the UK and wanted to go to Italy, there are so many more options available to you. You could drive, bus, train, cycle, walk, or even fly with a far smaller impact – only 0.5 tonnes of carbon for the return flight.

Speaking with Kelly Richard at Flight Centre, she said the only other transport option for my Asia trip would be to take a series of cruise boats. The most efficient route I could find for this trip would require a four-night cruise from Auckland to Sydney and then a 22-night cruise from Sydney, throughout Asia and finishing in Tokyo. In all, this would be a 26-day trip (minimum) where my personal carbon contribution would be 5.6 tonnes.

No matter what method I use to make this trip, it is going to have a substantial environmental impact. With over 3 million Kiwis travelling internationally last year, do we need to reconsider how, or if, we see the world?

What is the true cost of airline travel?

The Intergovernmental Panel on Climate Change calculated that in order to cut our greenhouse gas emissions by the necessary 40 per cent, each person needs to limit their annual carbon emissions to only 4.2 tonnes a year. Which means in order for Kiwis to not blow our carbon budget on international travel, we need to find ways to offset our emissions.

It’s nice to think that we could do this by making sacrifices and more effort to live sustainably in our day-to-day lives. However, Generation Zero Wellington policy leader Arlo Heynes said the disproportionately large impact of air travel makes this balance difficult, if not impossible.

“People need to know that of all the sustainable lifestyle choices you can make, flying is much more dramatic and creates so much more of an impact,” Heynes says.

“For someone that lives a sustainable lifestyle, you can put all that effort into all those things and then fly too many times and waste all that effort.”

For instance, it’s been calculated that the food-related emissions of a heavy meat eater are 3.3 tonnes a year, whereas a vegan’s impact is only 1.5 tonnes - which means cutting all animal-based food from my diet for a year would still only offset roughly half the carbon output of a flight to South Korea.

The other method for offsetting air travel emissions is by purchasing carbon credits – which essentially means contributing money to a venture which will ultimately offset your emissions or lead to reduced emissions. Each credit equates to a tonne of carbon offset and is currently priced at $21.32 a credit.

Most airlines will offer this service when purchasing your tickets or through their website. Air New Zealand, for instance, has curated a list of programmes to contribute the carbon credits passengers purchase - as well as the carbon credits the company purchases for each of the staff members on-board its flights.

Programmes such as ecological and forest restoration programmes throughout New Zealand, as well as a handful of international programmes - including wind farms in New Caledonia, rural solar power systems in China and a programme to convert the waste of livestock into biogas in Vietnam.

There are many services through which you can offset your emissions, so search around until you find a service you trust and a programme you believe in. Another option, Heynes said, is to calculate the amount of carbon offsets you owe and contribute that money directly to a climate cause.

“You can spend that money however you want. You could donate to climate school strikes, or invest in renewables.

“Paid carbon offsets are a lot more beneficial when they are invested into future technologies. Because, trees are great for sucking up C02, but we need the trees to help cool the planet later and need to reduce our gross emissions now.”

This focus on future technologies is a large part of the current conversation around aeroplane emissions – particularly, alternatives to fossil-based aviation fuel. It may not surprise you to hear that 97 per cent of the emissions caused by the aviation industry come from planes burning fuel. Air New Zealand has made slight reductions to their emissions over the past decade through finding more efficient ways of flying and so burning less fuel – including reducing plane weight, finding more energy efficient travel routes, and resourceful take-off procedures.

Yet, despite Air New Zealand improving efficiency by 20 per cent over the past decade through these methods and more, their greenhouse gas emissions have still increased by 22 per cent in a similar period – up to 3.59 million tonnes last year.

This is because the number of people flying has increased concurrently, going from a national circulation of 58,000 flights in 2008 to almost 78,000 flights last year. 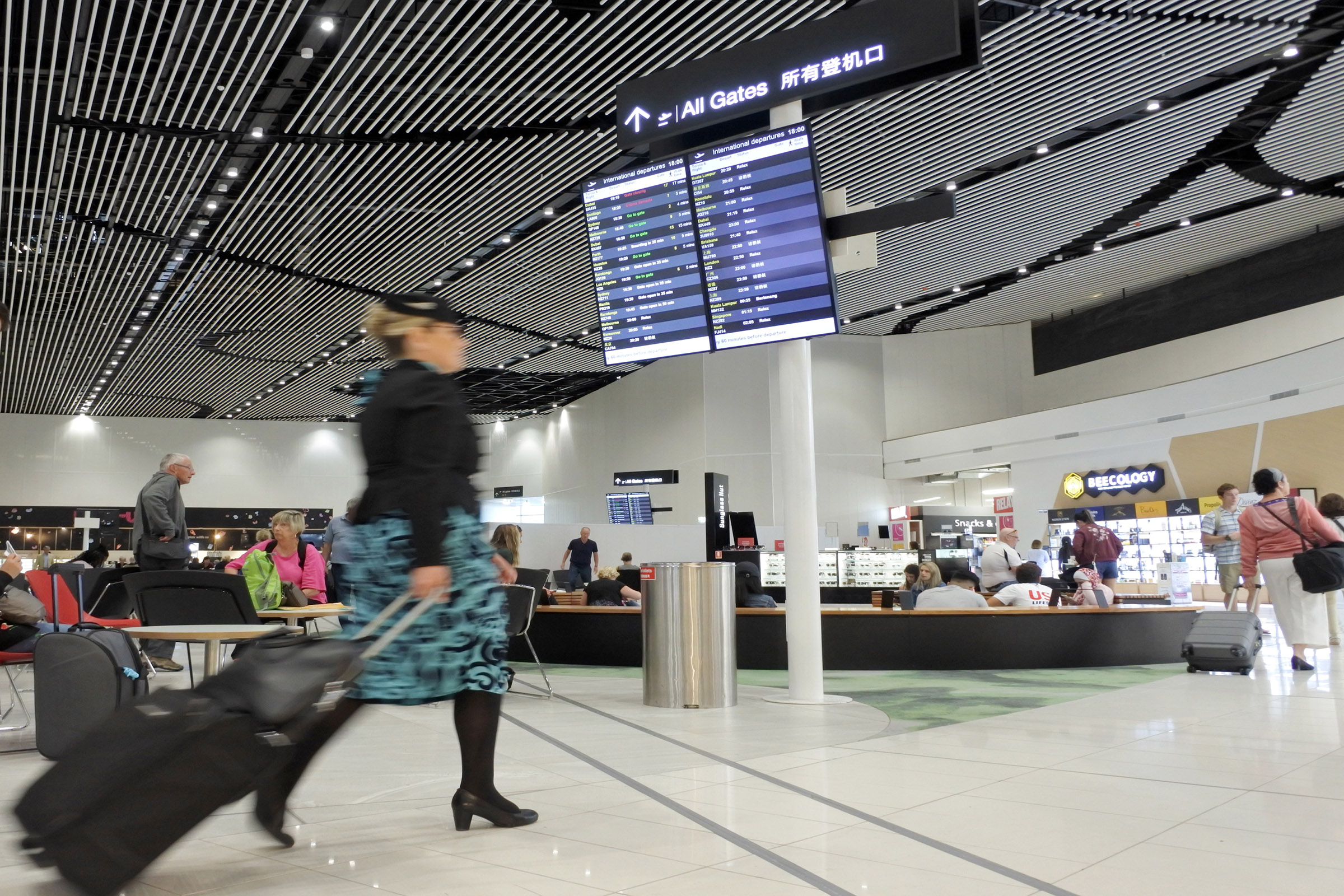 Demand for air travel continues to grow in NZ, with Air New Zealand's greenhouse gas emissions increasing by 22% over the past decade.

The small efficiency gains of airlines cannot counteract this increasing demand for flights. Which means for air travel to be sustainable, there needs to be a more drastic shift in how we fuel our air travel.

The two most promising avenues for this are electric or hybrid aircraft, and biofuels.

Air New Zealand is pursuing both of these avenues. In the case of hybrid planes, however, this is still at least a decade off and will even then be only for national services. The limitation of biofuel is the relatively small scale that it can currently be manufactured.

It is estimated that biofuels will represent an 80 per cent reduction in carbon dioxide emissions, compared to current aviation fuels. So, if you’re looking for the best place to invest your carbon credits, biofuel research and development may be a worthy cause.

However, if offsetting your carbon emissions still doesn’t lessen your guilt, Heynes said it is worth considering the relative scale of impact your travels represent. Even among travellers, it is likely you are contributing far less than some others.

“Don’t guilt yourself for one holiday, when one business person has probably gone 10 times that this year and wasted those emissions for families,” Heynes said.

There is no data to show this ratio in NZ, however there is internationally. In 2017 only 3 per cent of the world flew – about 231 million people. Yet, in the same year there were 3.7 billion air passengers. Which means each of these people would have needed to fly 16 times to equate to the 3.7 billion air passengers. In reality, it is likely that many people only flew two times and others flew many more times than the average of 16.

When examining the impact your average Kiwi will contribute by travelling internationally, it likely pales in comparison to that of the 20 per cent. This is true of frequent travellers, and even more so when comparing individuals’ emissions to that of industry players.

Consider, for instance, that flying internationally is the highest form of emissions that most individuals can create. Then, consider that air travel equates to only 3 per cent of global emissions. There is a massive disparity between the scale of impact we can have as individuals, and the scale of harm being created – a fact Heynes said we should keep in mind next time we are feeling guilty about travelling internationally.

“Individuals should absolutely take responsibility where they can, but they should also be aware that, on the whole, most of the global carbon emissions come from industrialised economies.

“Don’t guilt yourself about how much you fly, or how much plastic you use, or if you got a takeaway coffee cup, if that is going to distract you from pushing for systemic change. If you put all your mental energy into those personal changes, then you might not be helping to lead a wider transformation.

“We can always do better, but it is not our fault really.”