Their journey to the USA was over, along with the hopes that her daughter Yanela Sanchez might grow up to see a brighter future in the United States.

It was this image of a crying child at the feet of her mother, captured by a photographer as they were arrested by an unseen US border patrol officer, that would go on to win the World Press Photo of the Year. 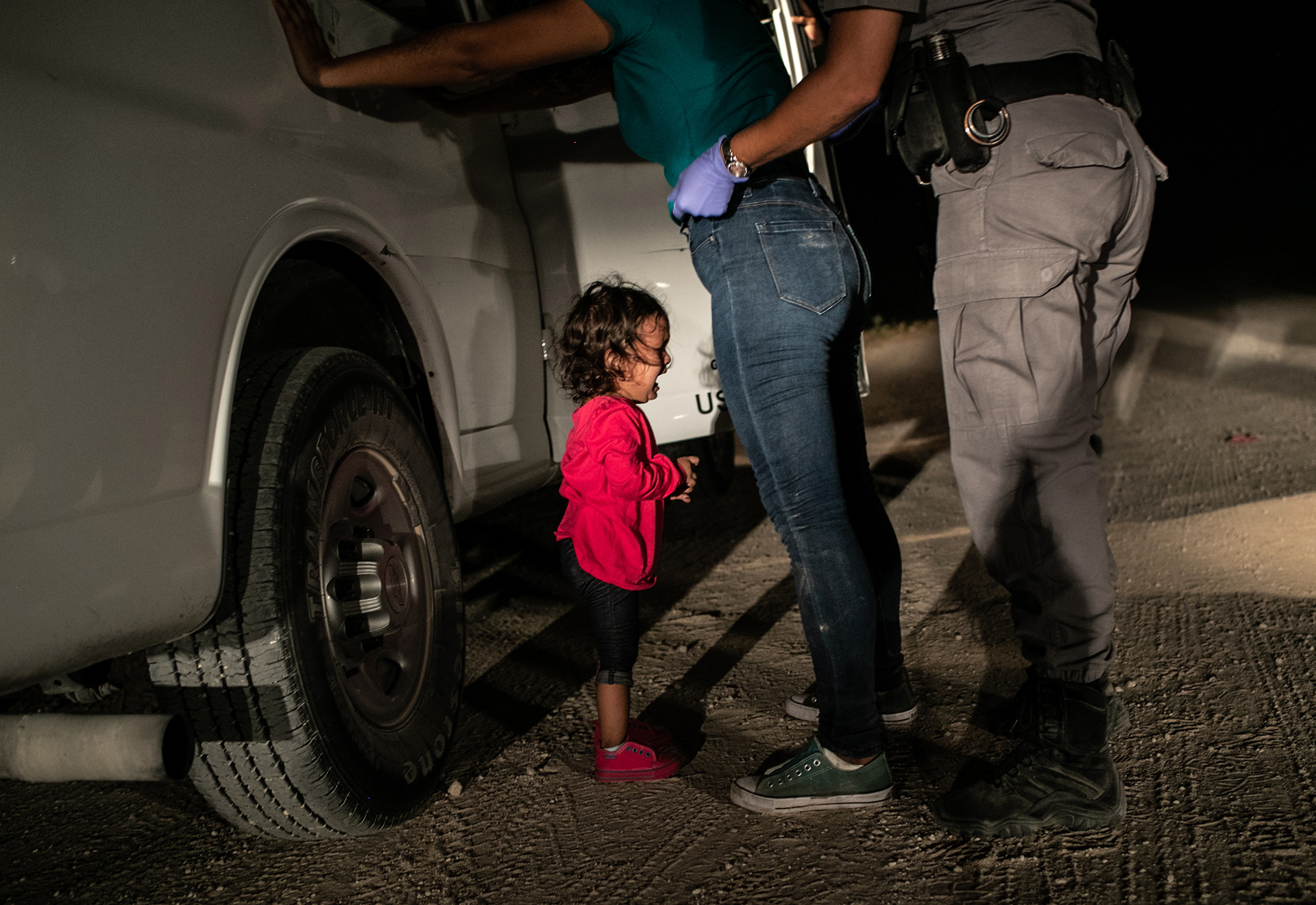 Honduran toddler Yanela Sanchez cries as she and her mother, Sandra Sanchez, are taken into custody by US border officials in McAllen, Texas, USA, on 12 June 2018.

It’s a seemingly raw image to take home such a prize, yet one that captured the world's attention. Haloed in darkness, on the door of the border patrol vehicle the tiny letters ‘US’ are framed in the centre of the image next to the crying child’s face - almost as if the photo is saying to every American, this is who we are. This is us.

“Every time I see children in distress it always upsets me.”

Gesturing towards the image, exhibition curator Yi Wen Hsia says, “Sometimes you hear about a migrant or a refugee but when you come to this exhibition you come to understand that these are mothers and fathers, lives that are very similar to yours and mine.”

With the Trump administration criminalising asylum crossings along the United States’ southern border, the image has come to symbolise the practice of separating children from their parents.

“This picture came to be a very well known picture, it came to represent the ‘zero tolerance’ policy of President Trump. Almost 3000 families were separated. It’s still ongoing.”

Yi Wen tells me that one of the reasons the jury chose to give the photo their top prize was because of the impact this one image had in informing and shaping people's understanding of the issue.

“When you look at this photo, the emotional and psychological impact is so severe that you can understand that situation immediately.” 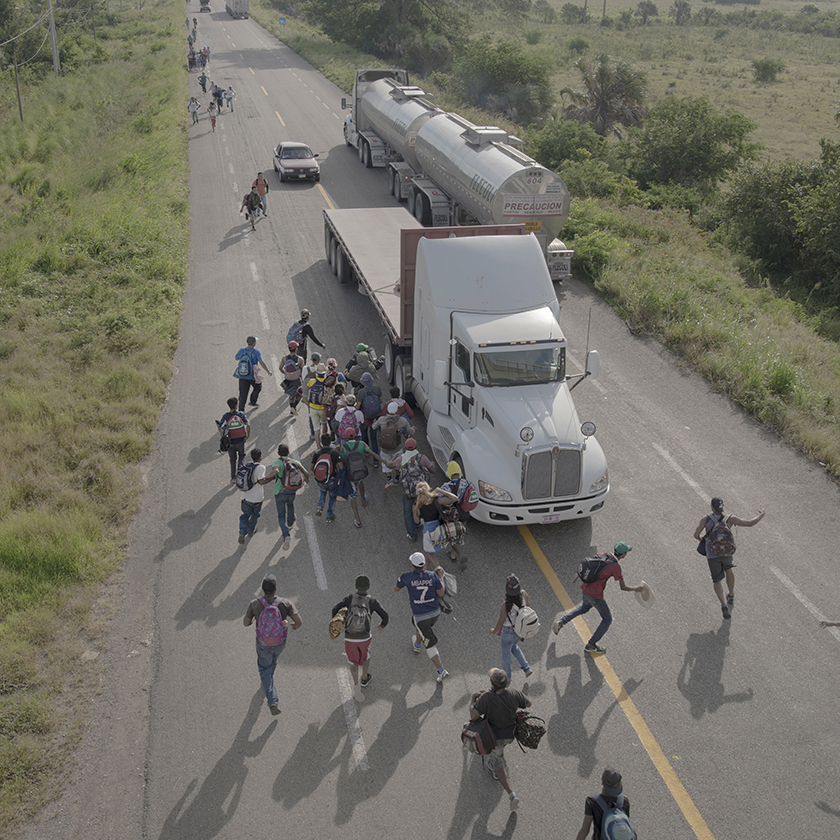 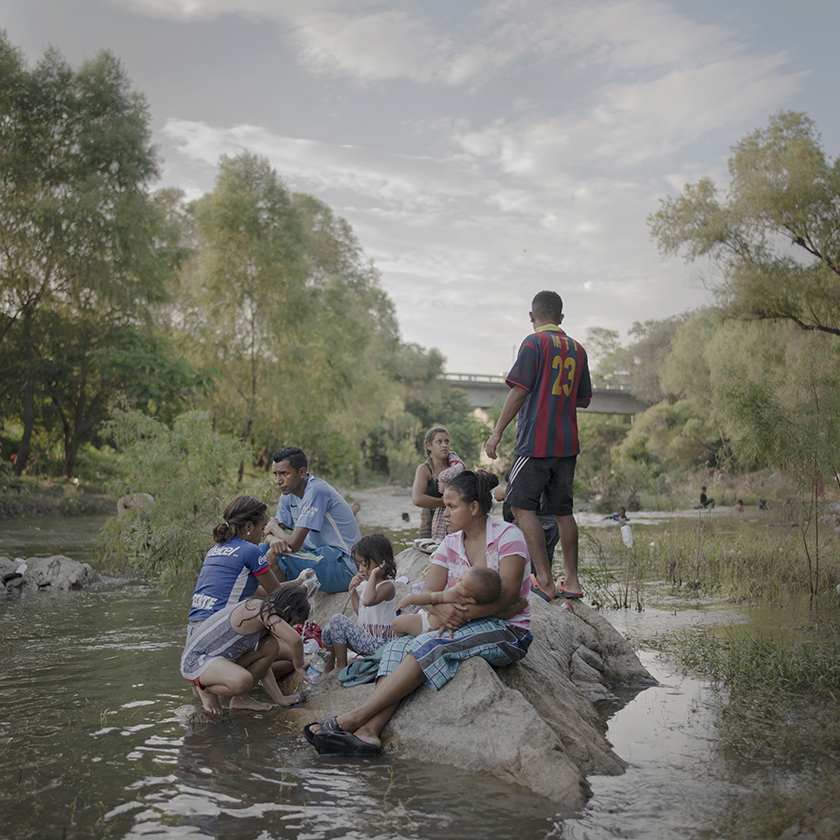 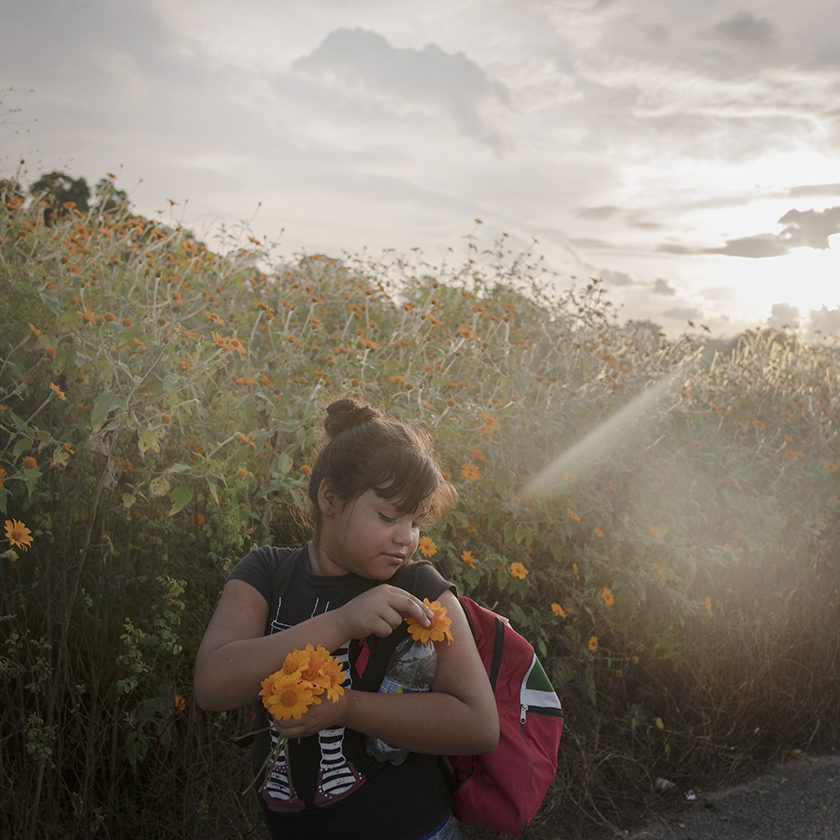 People run to a truck that has stopped to give them a ride, outside Tapanatepec, Mexico, on 30 October 2018. Some drivers charged to give travelers a lift for part of the way, but most offered services free as a sign of support.

Images of people trying to cross the border into the USA are a strong theme in this year's World Press Photo exhibition, showing in Auckland till the 29th of July.

The winner of the Best Photo Story gives us a glimpse of a migrant caravan making its long journey from Honduras through Central America and Mexico to the US border.

The series captures key moments in the gruelling journey that thousands of families and their children have made, sometimes in 30° heat and almost entirely on foot, as they flee their homelands in the hope for a better life in the United States. 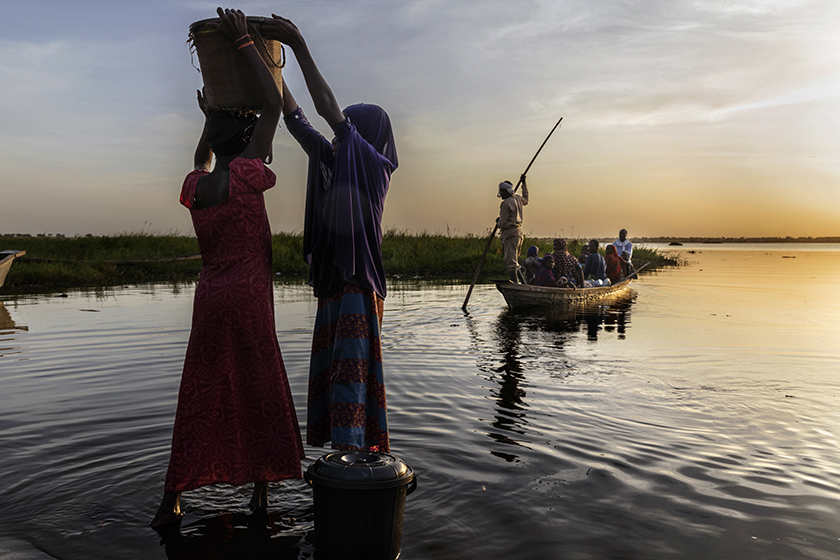 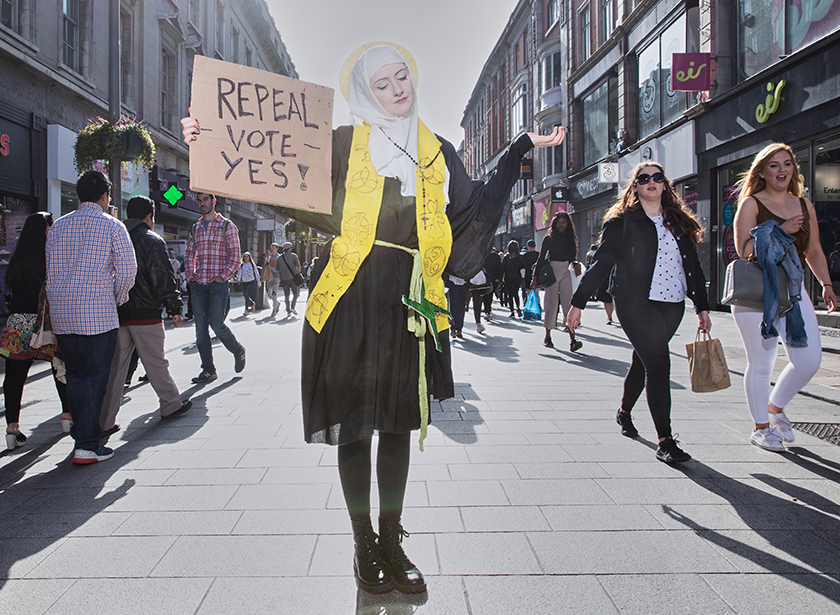 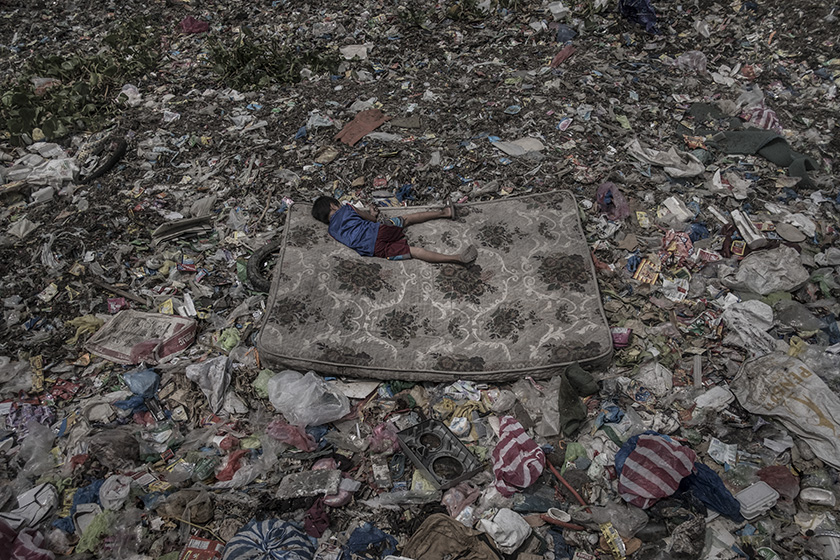 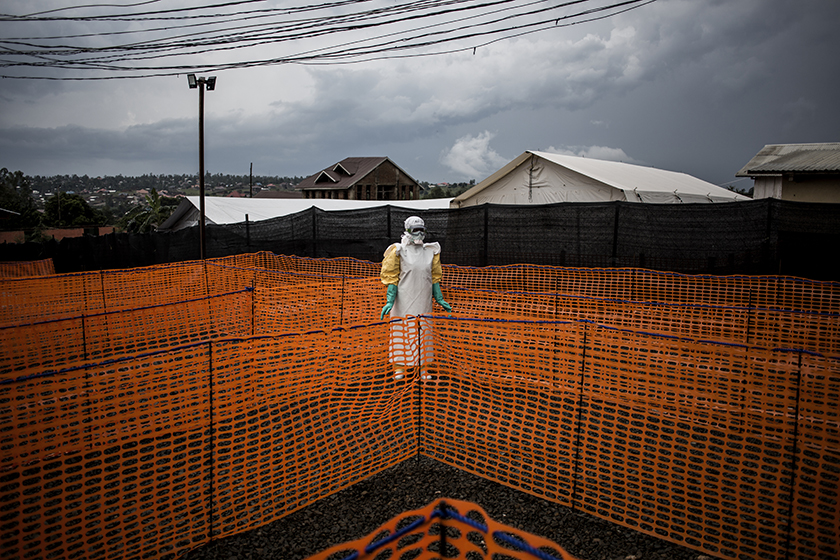 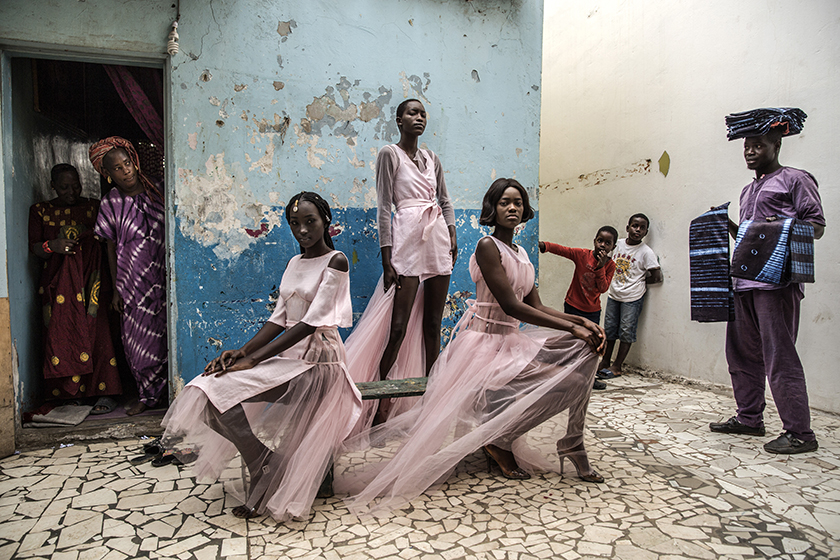 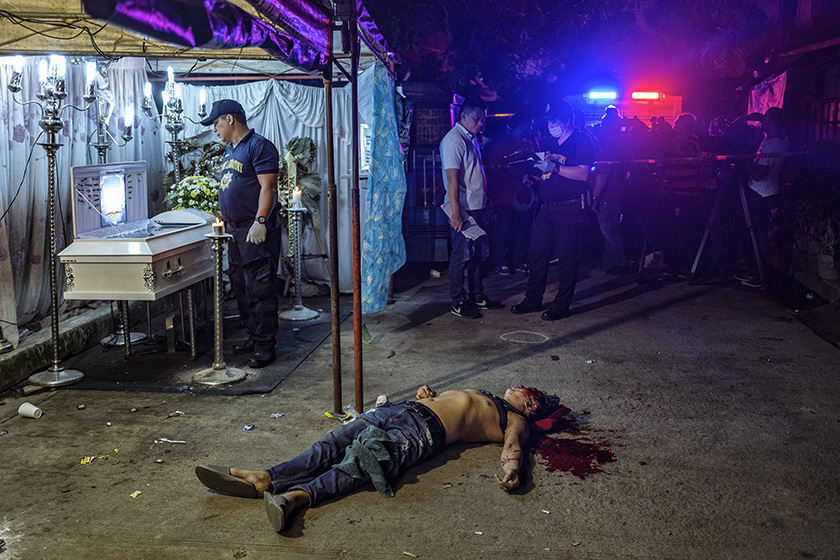 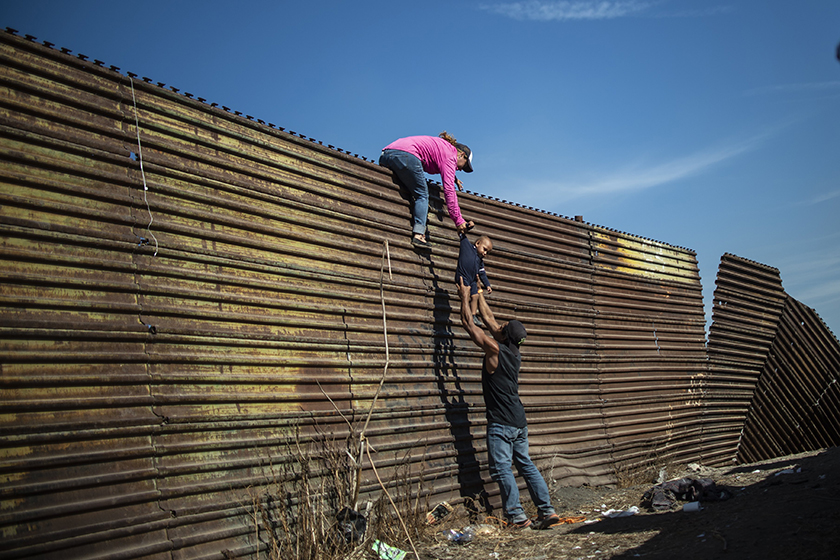 The touring exhibition of many of the best images gives an insight into events from around the world; from an abortion referendum in Iceland to an ebola outbreak in Africa.

“We have been organising an annual contest for professional photographers worldwide since 1955, we invite photographers to send in their best work and often they represent major issues from the last year,” Yi Wen says.

Some of the images can be tough to take in. A potential victim of Phillipine President Rodrigo Duterte’s violent anti-drug campaign, an image of a body lying in the street in a pool of his own blood is a shocking scene. Killed by unidentified men while attending a wake, an open casket stands just meters behind the corpse.

“I travel around with this exhibition but you don’t get used to seeing those pictures. That’s a comment that some people sometimes say that this exhibition is difficult to look at but I feel that by not shying away from these difficult topics, you can understand why they happen,” Yi Wen tells me.

The exhibition also spans portraiture, sports and nature. It's here where stories of triumph and creativity offer some uplifting light that balances out some of the exhibitions’ darker scenes. 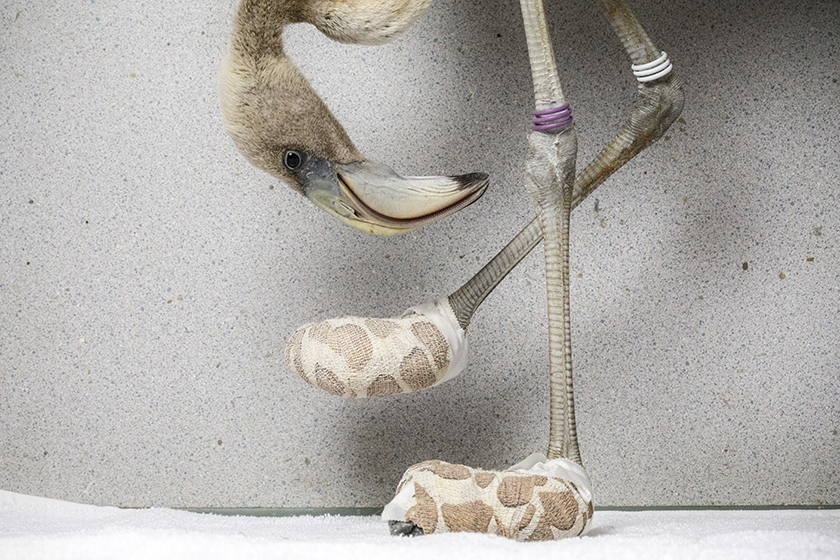 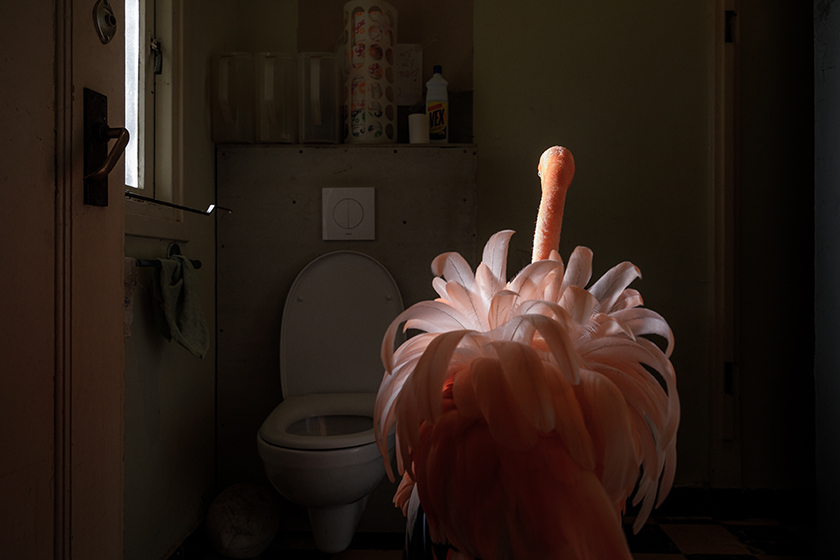 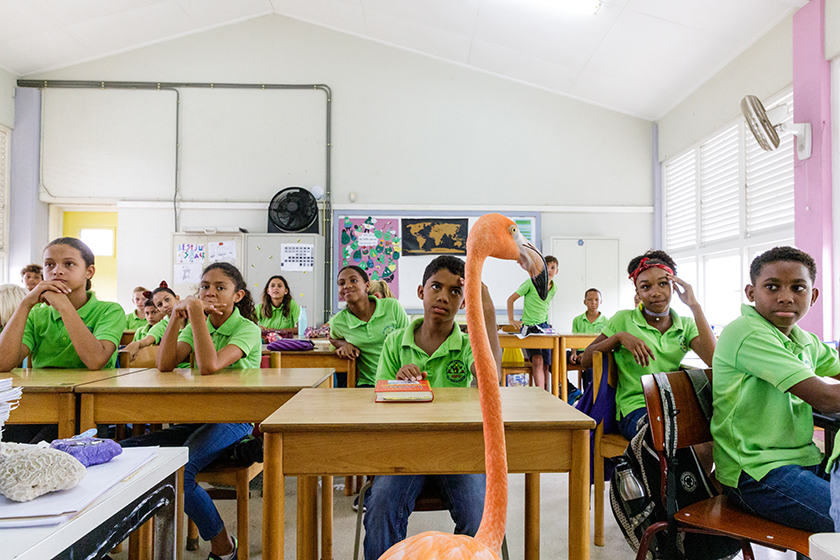 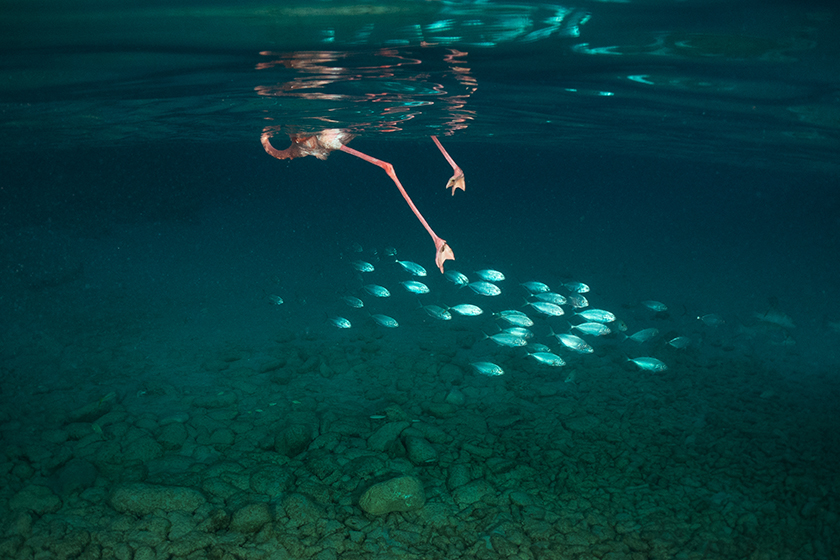 A charming series follows Bob, a rescued Caribbean flamingo who had become an ambassador for an animal rehabilitation centre on the island of Curaçao after he had flown into a hotel window and became habituated to humans.

The photo series sees him casually walking through a classroom, quizzically looking at the students as they send strange stares straight back at him. This gangly pink bird seems so at odds with his urban environment yet reflects how increasingly rare it is for wildlife to live in untouched wilderness.

“This is actually one of my favorites. He’s become this major personality.” These snapshots of Bob are an almost clown-like tragicomedy about how animals are increasingly living around us, forced to adapt to the strange environments we create.

For Yi Wen it’s just one of the many stories that leaves a lasting impact. “When you come to this exhibition you create a bigger understanding of the things you sometimes read about in the news.”

“You see the faces behind some of these stories. That understanding is everything I feel. That these people are just like you and me. I think that brings our world a little bit closer.” 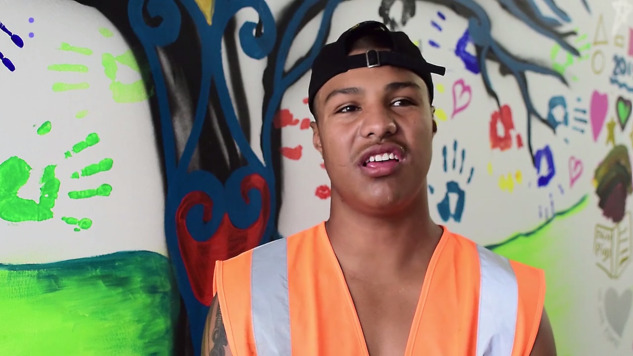 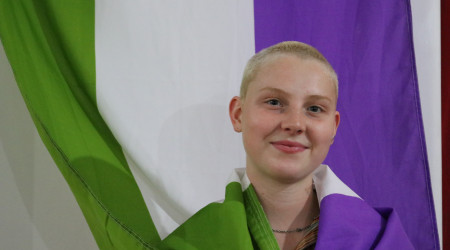