If you really think about it, periods, sex and childbirth bear a striking resemblance to extreme sports. There’s stress, endurance, pain, endorphins and usually there’s a payoff when it’s all over.

Any seasoned athlete will tell you it takes a special team of professionals to keep them at the top of their game. Among them will nearly always be a physio.

As for periods, sex and childbirth there’s a physio to make those better too.

(Scroll down to the bottom for a fact or fiction quiz about the majestic vagina.) 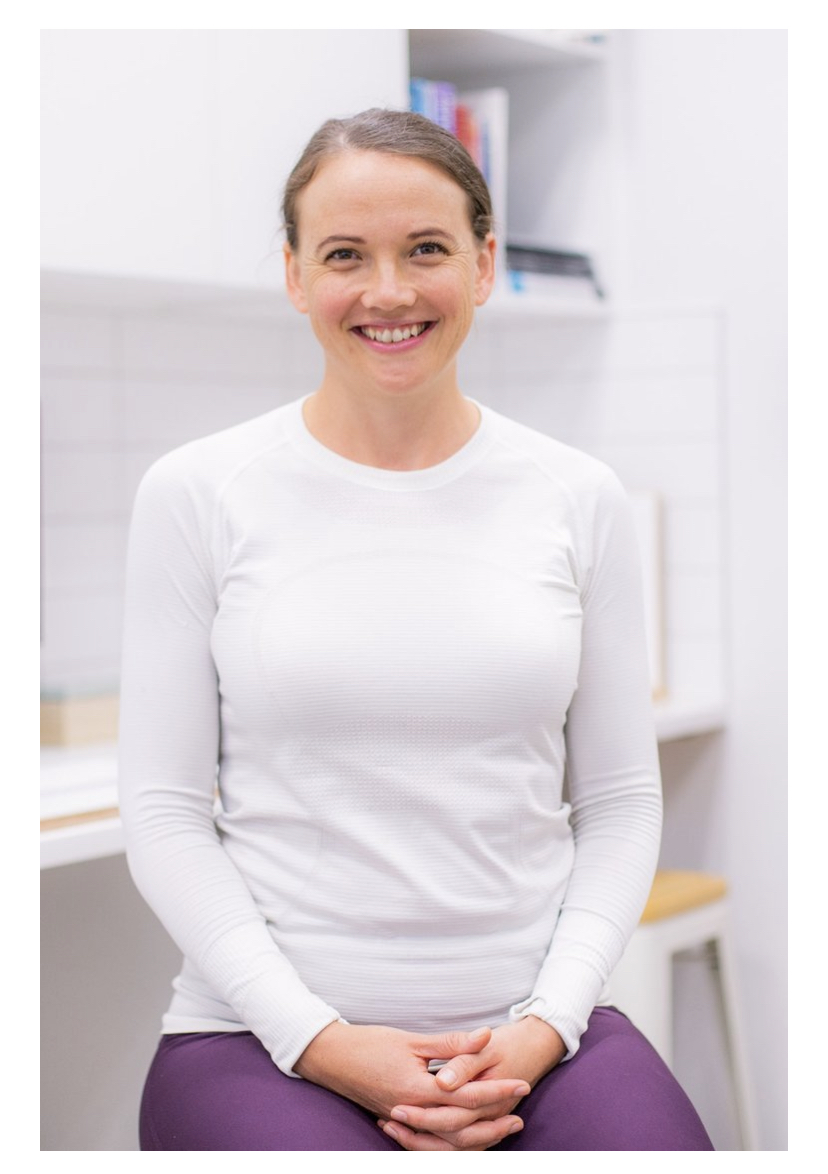 Caitlin Day AKA The Vagina Physio

Caitlin Day is a vagina physio based in Auckland. And she takes great pleasure in sharing the nuances of her job with awkward men.

“I’m one of those really weird people who just loves it when people are just slightly uncomfortable,” she laughs. “I call myself a vagina physio because that’s what my friends call me and that was their way of explaining what I did.”

Caitlin has garnered a social media following through calling herself The Vagina Physio for her private clinic, Inner Core Physio, on Instagram and Facebook.

The more “professional” term for what Caitlin does is a women and men’s pelvic health physiotherapist and yes – you heard right – The Vagina Physio treats men too. Everyone has a pelvis and pelvic floor. 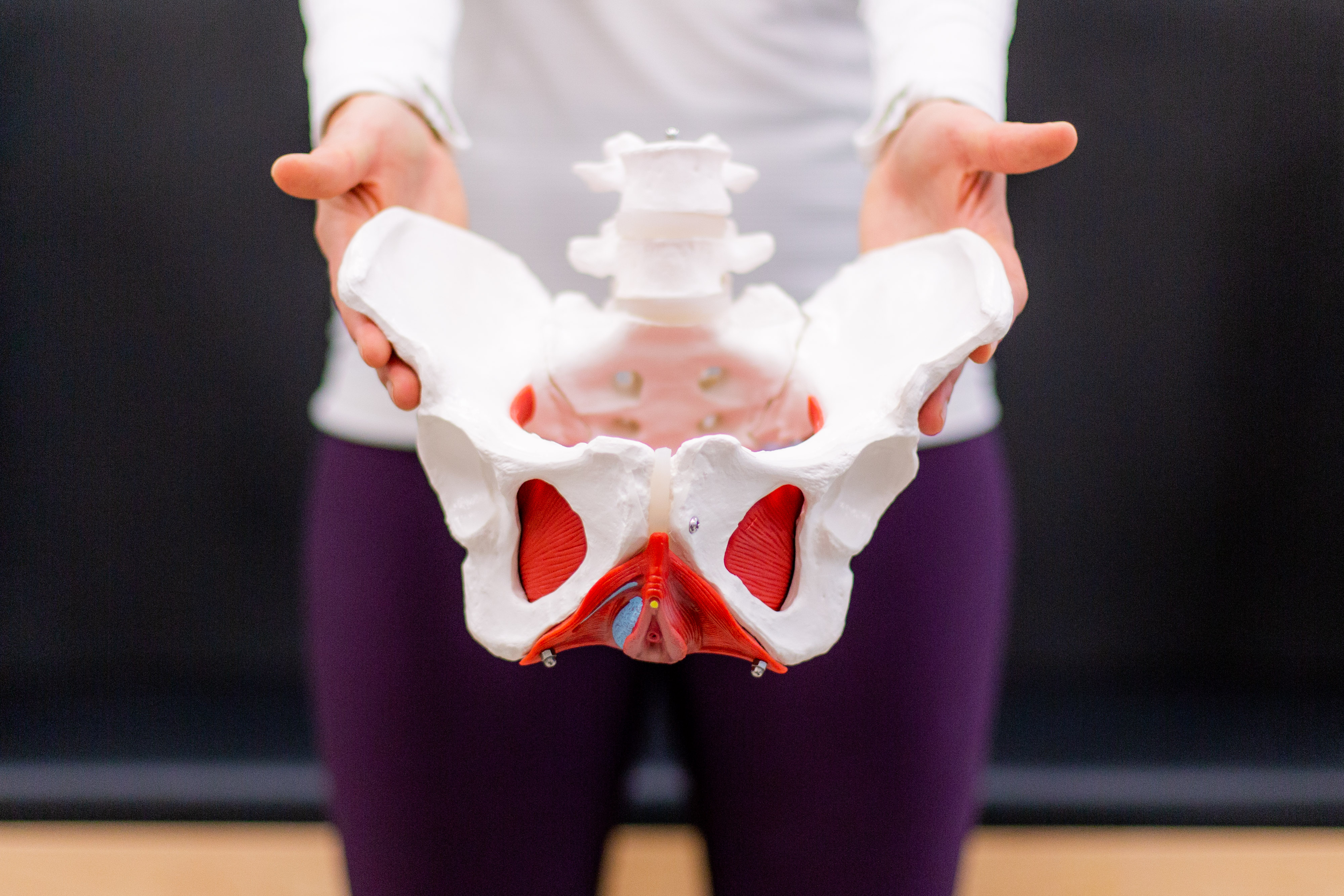 “The pelvis is a bony ring but there’s no bone at the bottom, so we need something to hold everything up inside of us and that’s one of the roles of the pelvic floor,” says Caitlin.

The pelvic floor is also a champion at stopping leakage of urine and faeces, holding our organs up in the right position, giving us stability in our lower back and pelvic joints and helping sexual function.

“Pretty important muscles,” says Caitlin, “but we seem to forget about them because we can’t see them and no one really likes to talk about the issues with those muscles when the pelvic floor isn’t doing its job.”

The list of things that could wrong whether you have a penis or vagina is alarmingly long, but Caitlin believes what could make that less alarming is normalising the language around our genital regions.

“Men can often talk about their penis and they touch their penis all the time like scratching and every time they go to the toilet whereas women are kind of taught not to talk, touch or look at their vagina…  that can lead to shame, lack of knowledge, lack of awareness and lack of seeking help when needed.” 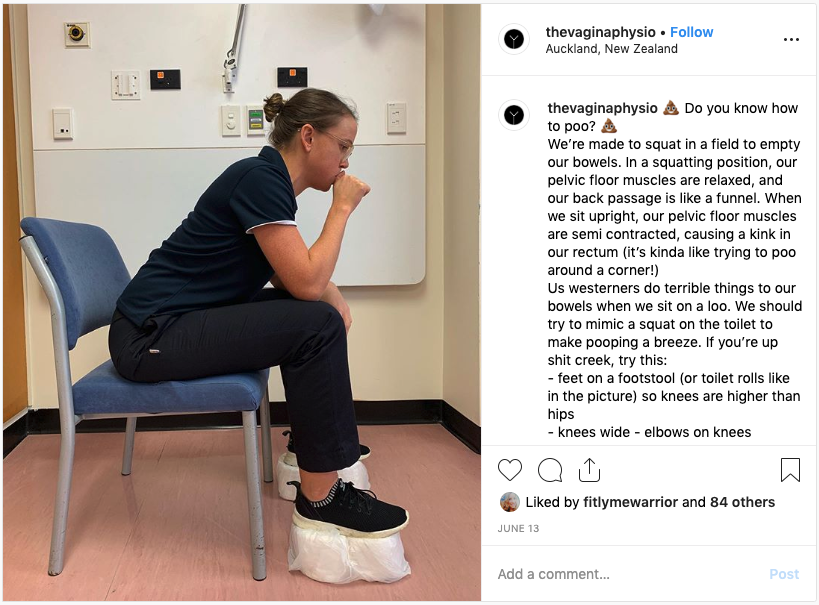 With a troubled pelvic floor, you could leak poo, urine, become constipated, experience pain during sex and your pelvic organs (uterus, rectum, bladder, urethra, small bowel) could prolapse meaning they could fall out of their normal position – and that’s just the tip of the iceberg.

“It’s quite a niche physio, but it’s also really wide-ranging what we do in that niche.”

So what motivates someone to specialise in such a thing? For Caitlin, it was a mixture of recognising a need and fuelling a passion for women’s health. 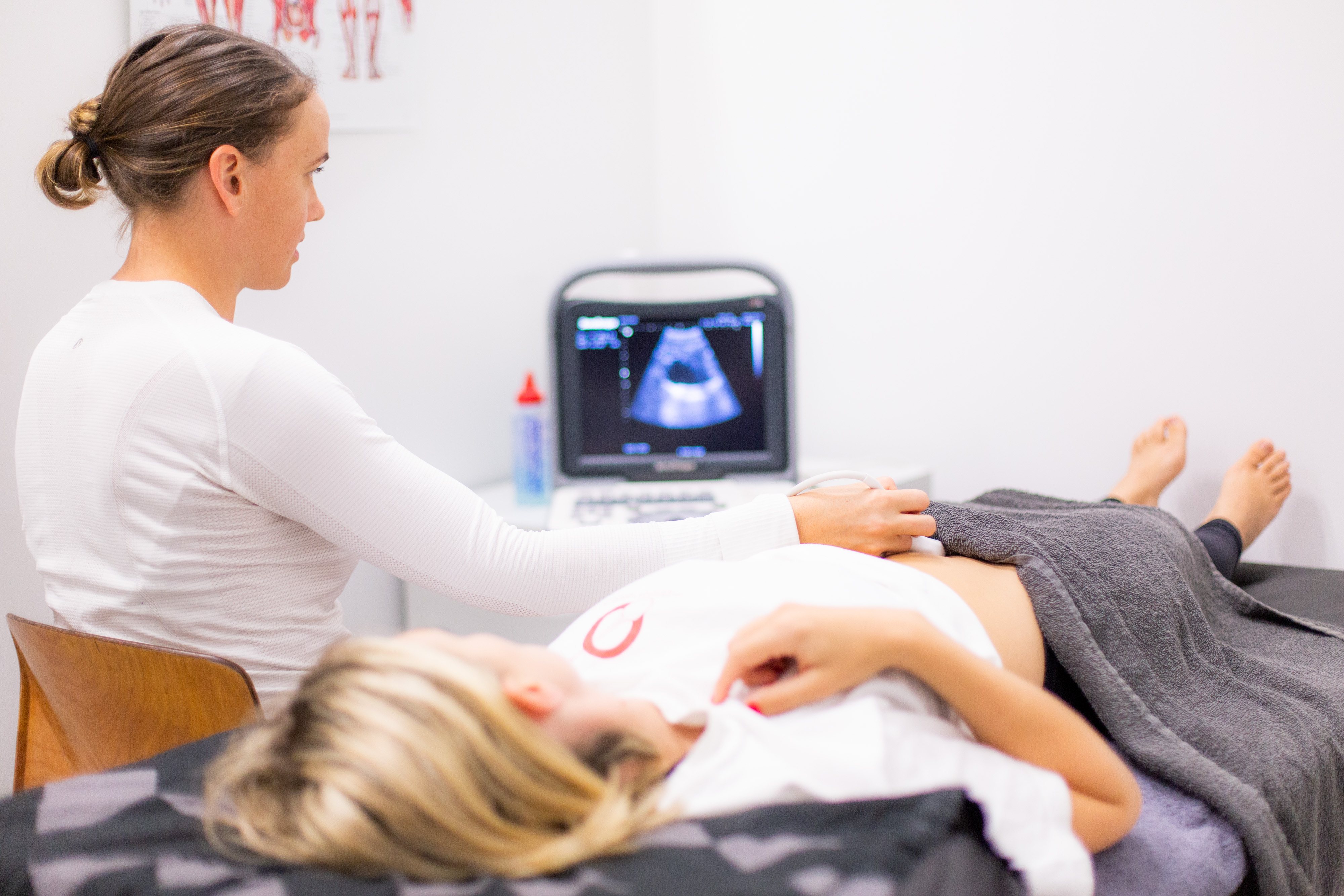 Caitlin is passionate about women's health.

“I worked as a new grad physio at Auckland Hospital for a year and noticed that so many people were being discharged from hospital with incontinence, but just given some pads and sent on their way. I knew that physios could help with that so decided to pursue pelvic floor physio.”

Caitlin was also fascinated by how a woman's body can grow and stretch and change leading up to and during childbirth.

“I wanted to help women through that awesome, yet challenging time of their life.”

Patients often come through doctor or gynaecologist recommendations and some ‘self-refer’ but Caitlin says knowledge of pelvic floor physios is still limited in some demographics.

“The younger population – where they may not have come across pelvic floor physios – they’re usually pretty surprised (at what’s involved). It’s usually a mixture of totally intrigued and want to know more or like quite awkward – let’s stop the conversation right now – sort of reaction,” says Caitlin. 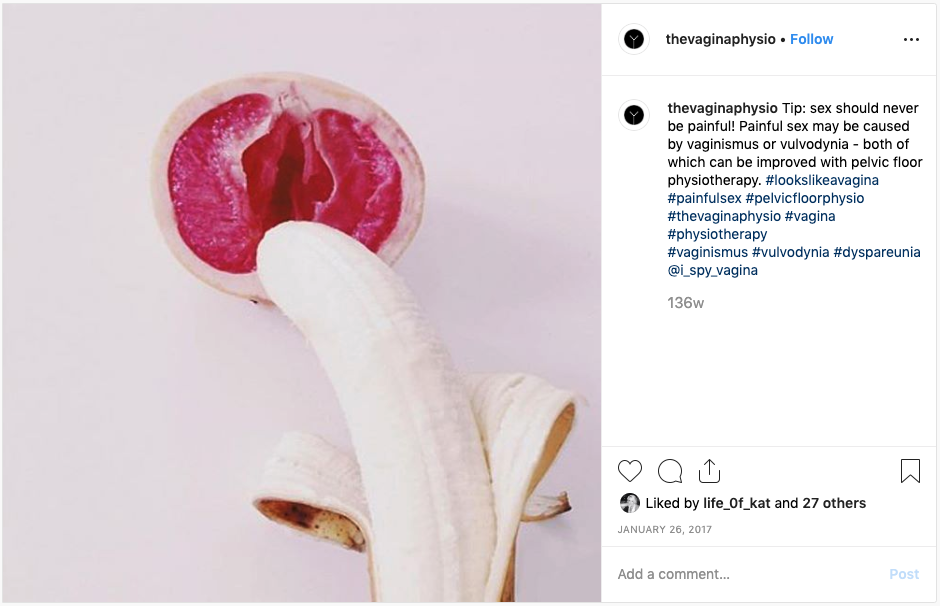 “There is also this rise in high impact exercise,” says Caitlin, “so Crossfit, f45, lots of hardcore abdominal exercises causing overactive pelvic floor – so painful sex or leakage of urine.”

It even comes down to the kind of content we consume.

“It’s just causing all these big problems of women thinking they’ve got problems because they don’t want five penises in their vagina. That’s extreme but you know, the thoughts around sex and what sex involves are very different now.”

It seems there’s a lot we don’t know about our anatomy.

“I think sex education in schools is underserviced particularly in New Zealand and should involve some kind of pelvic floor education.

“Women might not have issues for the next few years but then if they start to find that they’re going to the toilet every 30 minutes and they think ‘I remember kind of learning about this before and that there’s a physio that dealt with it’ it’s so easy just to jump on google and find someone these days.” 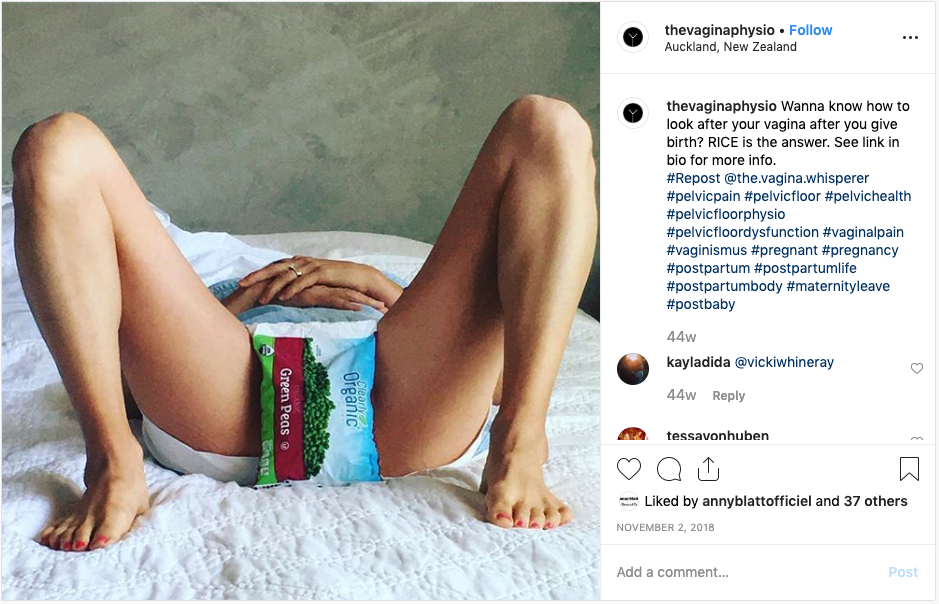 Here’s another one for you: Have you heard of the ‘post-natal WOF’? It’s to check for issues like prolapse, incontinence, poor bowel control, separation of the abdominal muscles, low back or pelvic pain, tailbone pain, breast/bottle feeding aches or pains and risk of further injury when returning to high impact exercise.

“I have no idea how many women don't see a physio, but in my opinion, it should be standard care for pregnant and post-natal women.”

Caitlin points out France gives all women 10 government-funded pelvic floor physio sessions after having a baby.

Currently, in New Zealand, a woman needs to be referred to pelvic floor physios through the public health system for cost-free treatment but can face wait-times of anywhere from five months to a year.

Caitlin works across both public and private systems and says if a woman wanted to seek help sooner, in a private setting, they would have to pay a full consultation fee, be covered by health insurance or be one of the cases covered by ACC.

“We are overrun with work at the hospital, and it all comes down to money. No money to hire more physios,” she says.

ACC covers some birth-related pelvic floor accidents but not all. The accident has to have been caused by the treatment of a registered health professional - however midwives don’t count.

“A midwife is not able to lodge a claim with ACC as they are not a registered health provider for this purpose under our legislation” says an ACC spokesperson.

Midwives can provide ACC information about the birth related accident which help with a claim, but not necessarily guarantee one.

“If the birth-related injury is as a result of natural childbirth without the intervention of a registered health professional, then this is not covered by ACC as it relates to the internal forces of labour and delivery that causes the injury,” the spokesperson adds.

But Caitlin feels more should be done.

“I would really like birth-related injuries to be really reviewed by ACC in what they will cover,” she says.

“I think us as physios and also the general population need to be putting pressure on ACC to review their processes as well.”

When asked if ACC would be reviewing their processes in the future, their spokesperson says they are currently working with birth professionals (midwives and obstetricians) about appropriate criteria for acceptance of pelvic injuries caused by treatment during birth by reviewing scientific papers.

An outcome is expected before the end of the year.

What is clear, is that in 2019 there is still a stigma attached to the word vagina and the perceived “embarrassing” dysfunctions both men and women face.

We need to look at why a name like The Vagina Physio sparks a little surprise, shock or interest in us and that harks back to Caitlin’s philosophy around speaking out about our pelvic health.

“Greater exposure to any sort of threatening movement, language, mechanism… it works. 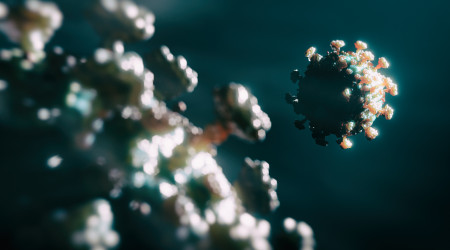