This is in response to a review of the Health and Disability Act that found the system was under “serious stress”, and a growing number of reports in recent years highlighting the inequity of health outcomes based on factors such as race and location.

A report released this week found Māori were three times more likely to die in the 30 days of care following a major trauma.

The most significant change is the replacement of all 20 district health boards (DHBs) with one central Government organisation, Health New Zealand. The organisation will be responsible for running all public hospitals through four regional divisions.

At the announcement, Minister Little highlighted the “duplication, variability, and inefficiency” of running 20 separate governing bodies for health as a key reason for the amalgamation.

“Our system has become overly complex. It is far too complicated for such a small nation. We simply do not need 20 different sets of decision makers, or 20 plans for capital investment, IT systems, or for our workforce.”

“We need to operate as one system”

Minister Little said the new system would remove bureaucratic barriers that can stand between medical professionals and providing care, and for patients it would get “rid of the postcode democracy, where the type of treatment you get depends on where you live.”

The other major reforms are the introduction of two separate authorities, one that will oversee Māori health and another that will serve as a public health organisation.

In a statement, Associate Health Minister (Māori health) Peeni Henare said Māori health had suffered under the current system and that there needed to be an independent organisation focused on Māori health to address this.

This Māori health authority will have joint-decision making rights for all policy and plans that affect Māori, Henare says.

Associate Minister of Health Ayesha Verrall said in a statement the new public health authority will have a focus on understanding New Zealand health risks and trends and addressing them at their roots - with a focus on prevention, rather than treatment.

Associate Minister Verrall highlighted how Covid-19 had proven the power of preventative action. This new authority would allow us to apply similar thinking to other health issues such as diabetes, cancer and heart disease.

These changes were the first phase of the Government’s response to the Health and Disability Act review, Minister Little said. It was expected to take three years.

There are future plans to do more, he added, “particularly around disability support services”.

Today’s announcement was criticised by the National Party.

National Party spokesperson for health Dr Shane Reti said in a statement that the amalgamation of DHBs would lead to regions and small communities losing their voice and autonomy.

“The Government should be looking to maintain regional identities and exploring the consolidation of some functions across DHBs, like asset management, not getting rid of them entirely,” Dr Reti said.

Dr Reti said National also does not support a separate Māori health authority. He acknowledged that Māori experience the greatest health inequity, but doesn't believe we need a separate authority to address that problem. 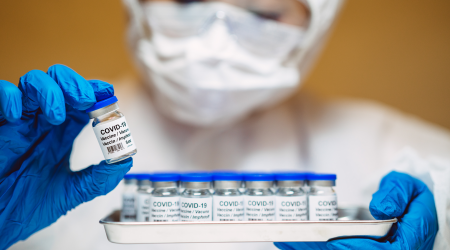