A conversation with director Nathan Grossman about Greta Thunberg and why we need to stop being polite about climate change.

It was just two years ago when a school girl decided to skip class and sit alone outside the Swedish Parliament. Armed with a painted placard that said “school strike for climate” and a lot of patience, Greta Thunberg demanded action for climate change. “Why have an education when there is no future?” she asked passersby.

In the space of a few days, she was joined by five, maybe 10 other people. A few months later she was the catalyst for over 4,500 synchronised School Strikes 4 Climate in over 150 countries. New Zealand’s strike brought 170,000 of us together in one of the country’s largest marches in history, and likely the biggest global climate strike to date. 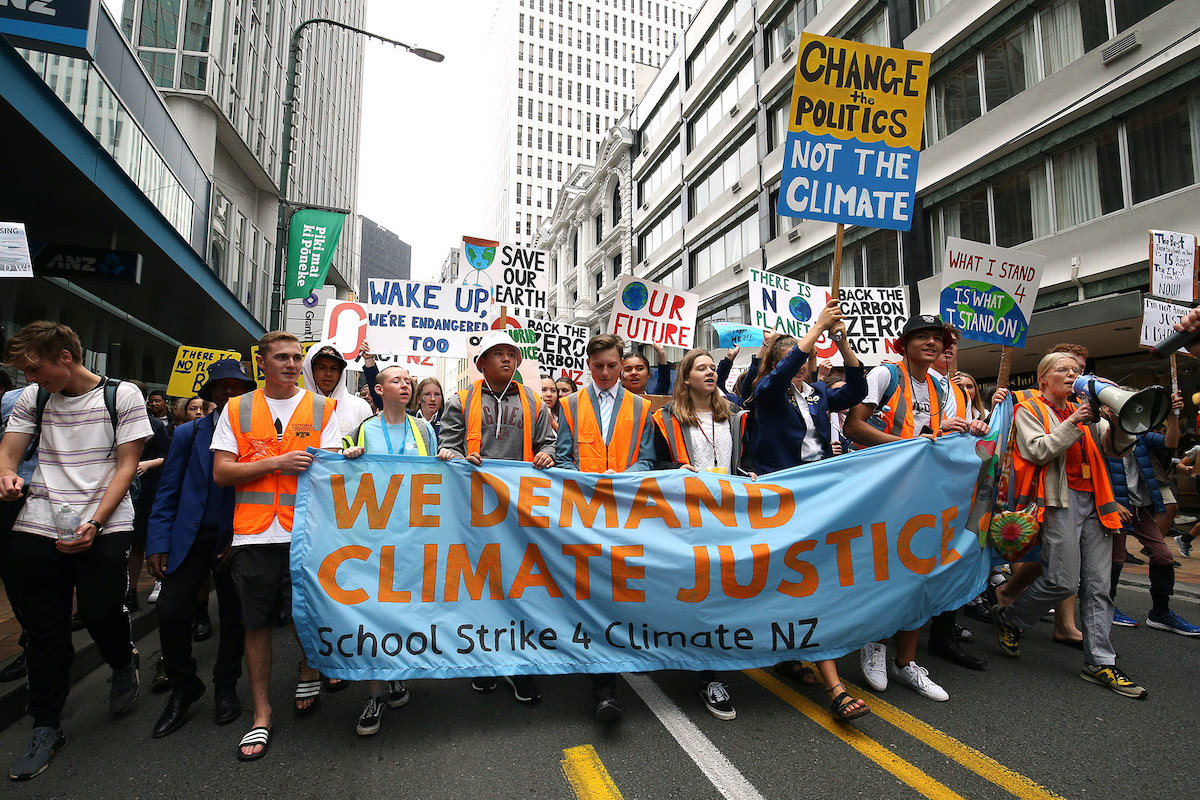 It’s a story that would be hard to believe if it happened at any other time in history. So it’s a good thing Swedish director Nathan Grossman caught it all on camera. ‘I am Greta’ is an intimate glimpse into the rise of Greta Thunberg, a self-proclaimed nerd and climate activist with Asperger’s who loses sleep thinking about her future. 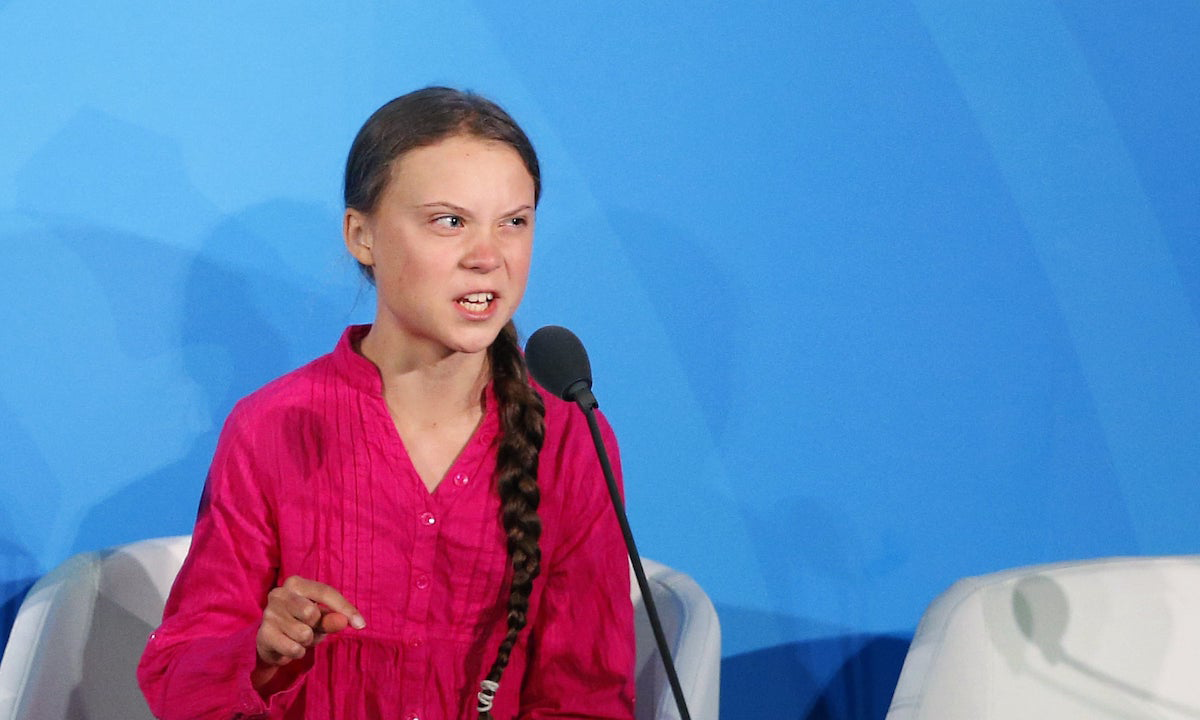 Re: spoke with Nathan about the film and what it was like working with the world's most courageous and unfiltered climate activist.

From watching the film it looks as if you were by Greta’s side filming her nearly every hour of the day. Was it difficult to get so close to her?

I think because I got to know her at the beginning of her journey, she and her father had the confidence I wanted to tell the story truthfully. I could tell she was very shy, but she was also so open when we talked about her activism. I was so mesmerized by her expressions and her nature that I asked to follow them with a camera when they traveled to other countries. I think because it was just me doing everything, I wasn’t very intrusive either so I was easy to be around.

Why did you decide to make Greta’s Asperger's syndrome such a strong theme in the documentary?

I think it still says on her Twitter bio, “climate activist with Aspergers”, she was always very open about it. What’s so interesting about her, and maybe it is a bit Swedish also, is she didn’t see Asperger’s as just a weakness. As she says, in the right circumstances it can be a superpower.

Greta is, of course, more than her diagnosis, but to some extent, her way of compressing this huge climate issue into something understandable has to do with her diagnosis. Also, not focussing on being polite, and not believing in every small green-washer dream, but really going down to the facts and looking at the details.

I think the way we and the media have spoken on this issue is too polite. People are not wanting to scare other people, because it is super scary. But we can’t be polite anymore. 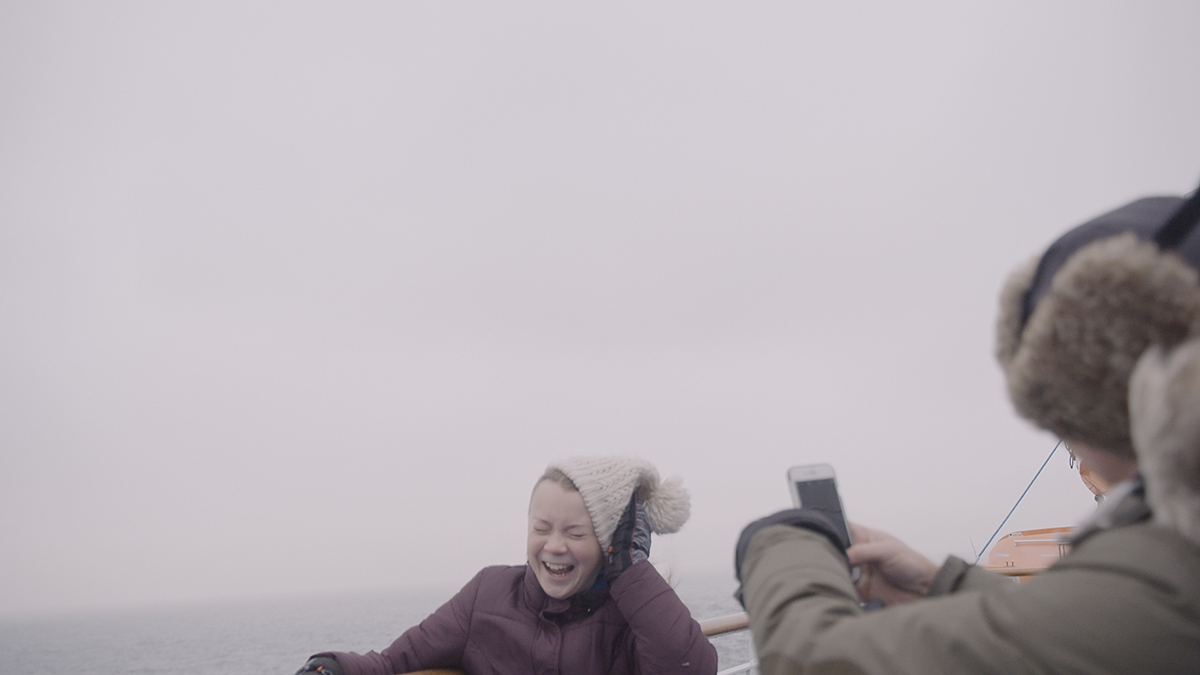 At one point in the film, Greta breaks down and says she is carrying too much responsibility on her own. What did you do in that moment?

I think that scene is really telling. She is a symbol of many of these youth strikers and many young children that feel for this issue, but this shouldn't be on their shoulders, this is a responsibility that we as adults need to take. It's their future that we're actually using up the resources for today.

We supported each other a lot. On that day, I hugged her and told her “I’m here, I understand you.” But just a few days later they were hugging me on the boat because I had a really hard time. 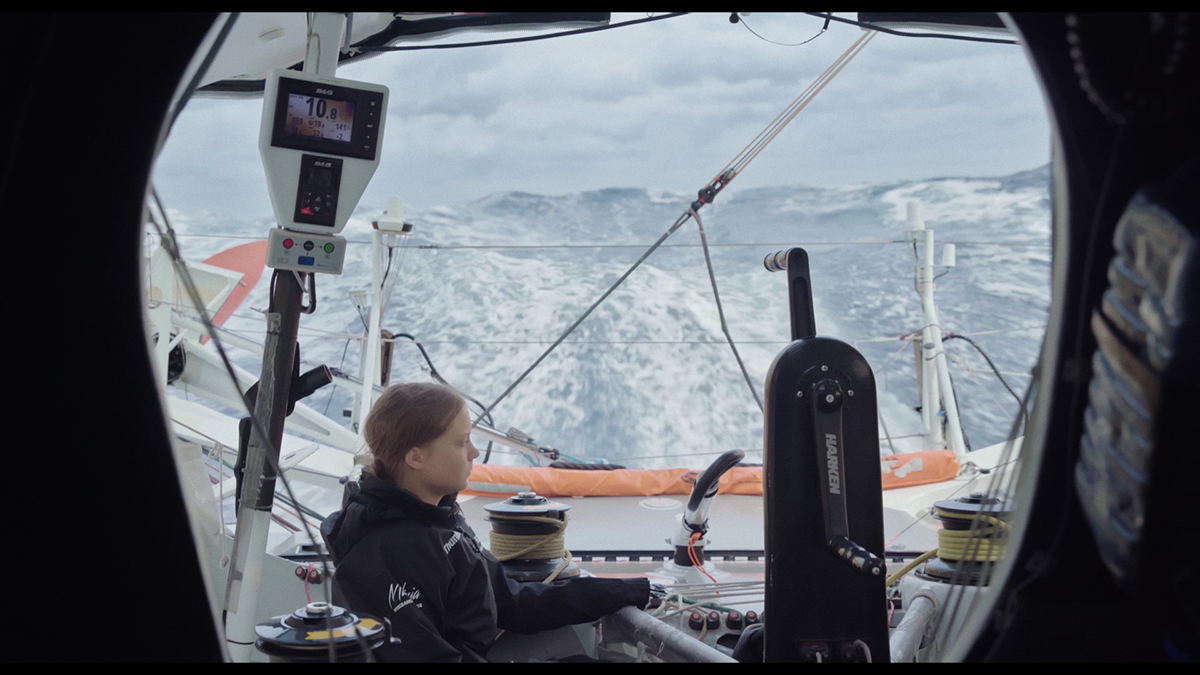 Yes, let’s talk about the boat. What was going through your mind when Greta invited you to sail across the Atlantic with her?

I knew that if she was going to the US, she wouldn’t fly there. But when she told me she was looking into this sailing thing I thought, “Jesus, so far I have shot everything myself, but I am going to have to find someone better suited for this”. I was so freaked out, I had colleagues who were asking me “Nathan, what is going?”

I was so scared. Greta and her father had to comfort me and tell it was going to be okay. But I knew it was something the story deserved.

The film is a very personal and intimate depiction of Greta’s life. Some even might say it is more about her than it is about climate change. How much control did Greta have in the making of this documentary?

I was open with her and her family about how I wanted to do this. I am an independent filmmaker, so I need to have my stylistic point of view otherwise it's not going to become anything. But I also told her if there were days she didn’t want me to film she just had to let me know.

On the last day of editing, I told her she could look at the entire film and see if there was something that was completely off. Of course, I was nervous and thought maybe I've done something which is not something she's interested in. But she liked it, and she recognised herself. Which was what I tried to do, I wanted to understand her. 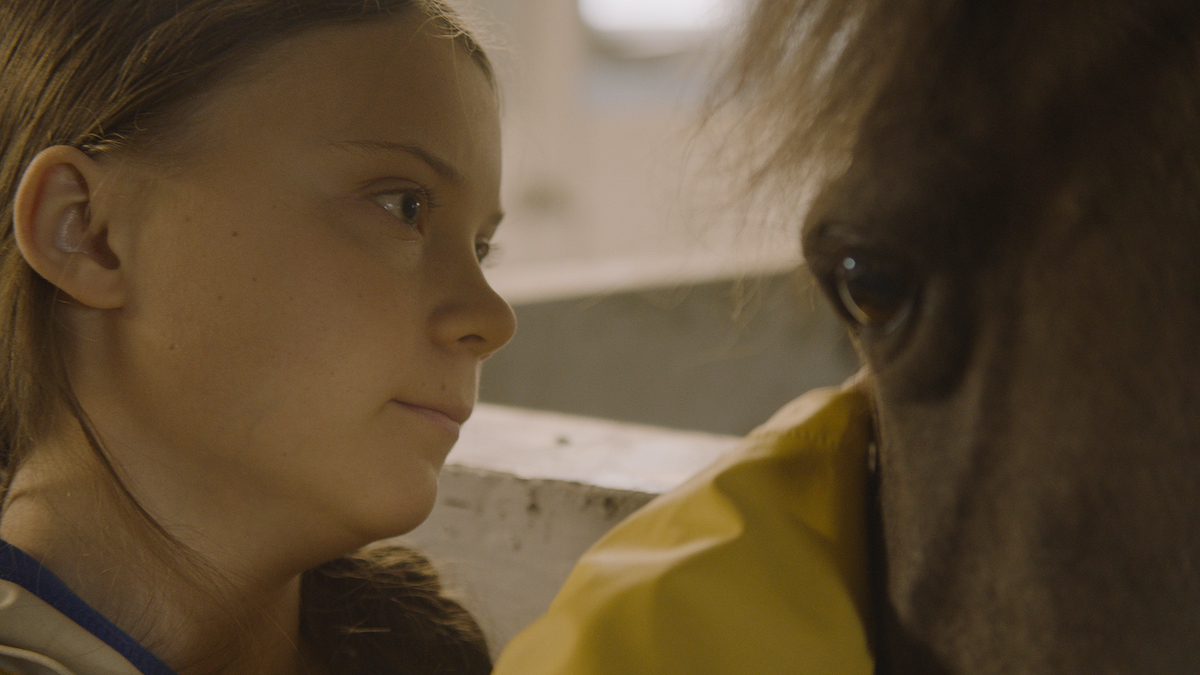 Who do you want to watch the film and why?

I think it is a broad film. I've tried to make it in a way so that both people that are interested in Greta and the climate issue or people that don't know as much about either can watch it.

I hope that people will watch it together and families so that they can have a generation discussion about why young people feel so strongly about this and why adults have a hard time really listening to their children and prioritising their future. I think that generational discussion is something that we need to have more. 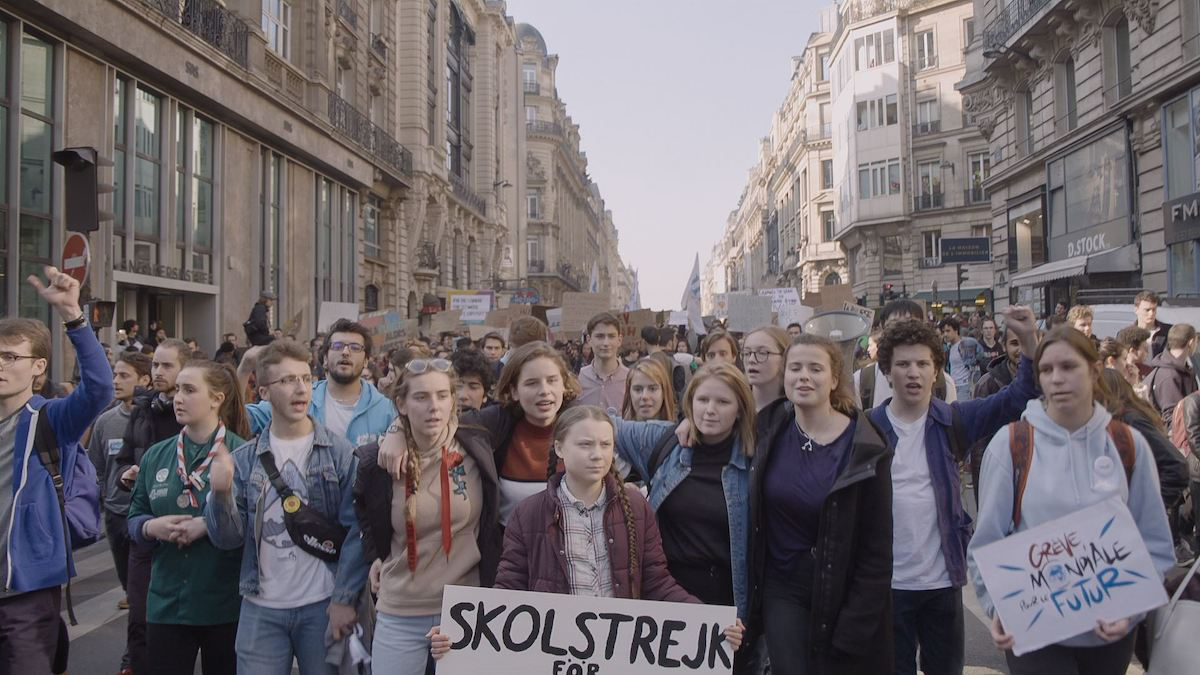 In the film, one person on social media criticises Greta for only complaining, and not actually having a solution to the issue. Do you agree? What exactly do you think Greta wants the world to do?

Before Covid-19, I didn’t really have a connection to the word “crisis”. I didn’t know if a political system would react if something was considered a crisis. But now I see that it can. So why haven’t we done it for the last 30 or 40 years when we have had all of this science telling us this [climate change] is in fact a crisis? I think that’s what she wants to see, that crisis reaction for the climate.

I Am Greta begins screening in select New Zealand cinemas on October 16. 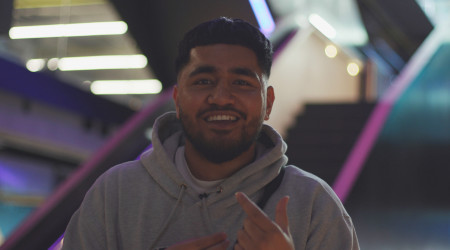 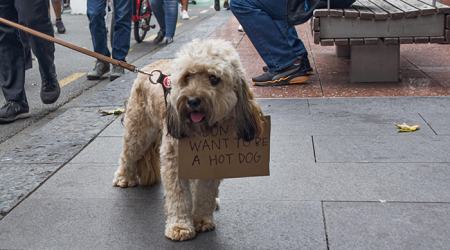