One of the first scenes of the ‘Dragon Fruit’ music video is Lucky Lance standing half-submerged at the bottom of a waterfall, fully clothed, in a setting that brings to mind another opening scene from a memorable Team Dynamite video. Combined with the lilting flow of his verse and the beat which sometimes sounds like falling water droplets, it looks like a peaceful place to be.

‘Dragon Fruit’ featuring Louis Baker is the second track from Auckland hip hop group Team Dynamite’s recent comeback. The video for the first track ‘Who?’ featuring Diggy Dupé is hectic and energising, and makes use of disorienting long exposure effects that made a YouTube commenter ask, “Why do I feel horsed after watching this?”

Lucky Lance says that the video for ‘Who?’ required lots of vigorous rap hands in order to bring out the long exposure effect. Now he’s met his quota — “I’m pretty much sick of the rap hands.”

Sure enough, ‘Dragon Fruit’ goes in the opposite direction and revels in stillness. Throughout the video, we’re treated to a series of lingering shots throughout West Auckland that make use of zooms and interesting angles to encourage us to look again at the nature around us. Likewise, much of Lance’s verse is about noticing the details — details such as “sand in my togs pocket” and “toilet tissue in the top of tapes” (the latter lyric he explains to me is from a bygone era where you filled cassette tapes with toilet paper so you could record over the tape). They’re tiny moments brought to our attention by someone who has their eye on the present.

“Dragon Fruit represents the honourable and enjoyable ways that we live our lives, the essence of what fills our tanks and keeps us living a life of purpose,” says Lance. It brings to mind Tom Scott’s documentary Don’t Quit Your Day Job, which looks at how artists in Aotearoa fill their tanks, whether that tank is their bank account or their sense of fulfillment.

Lance features in the doco, reflecting on a moment when he was in fellow group member Haz’s basement making beats. “That was when I was at my happiest,” he says in the doco, “sitting at Haz’s making music.” In ‘Dragon Fruit’, Lance and Team Dynamite members Tony Teez and Haz Beats are enjoying that present moment. 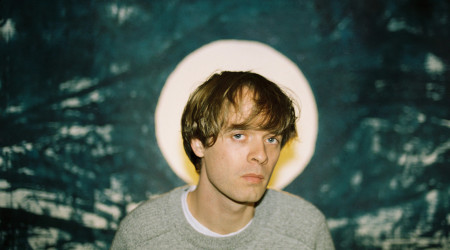