Today hundreds of protestors marched down Auckland’s Queen Street in a hīkoi against a proposal to create a new landfill in Dome Valley.

In six to eight years, Redvale Landfill and Energy Park, one of Auckland’s primary landfills will be full.

As a solution to Auckland’s growing demand for a new dumping ground, Waste Management, an internationally-owned company, has put forward a proposal to build a new landfill in Dome Valley, about 90 minutes north of Auckland near the Kaipara region.

The proposal has moved the Kaipara community, environmental advocates, senior members of the Ngāti Whātua iwi and the mayor of Kaipara District to take action.

Ngāti Whātua have placed a rāhui over the proposed land making it tapu and placing restrictions on its use. Protestors say pollution and leachate will seep into the Hoteo river and enter the Kaipara Harbour.

In their proposal Waste Management said any leachate “will be collected and managed appropriately” and that the “Hoteo River and its river banks will not be disturbed,” however stormwater runoff will enter a tributary of the Hoteo.

On Friday July 17, hundreds of protestors from the Kaipara region and around Auckland marched down Queen Street. Re: went to the hīkoi to hear why they oppose the dump. 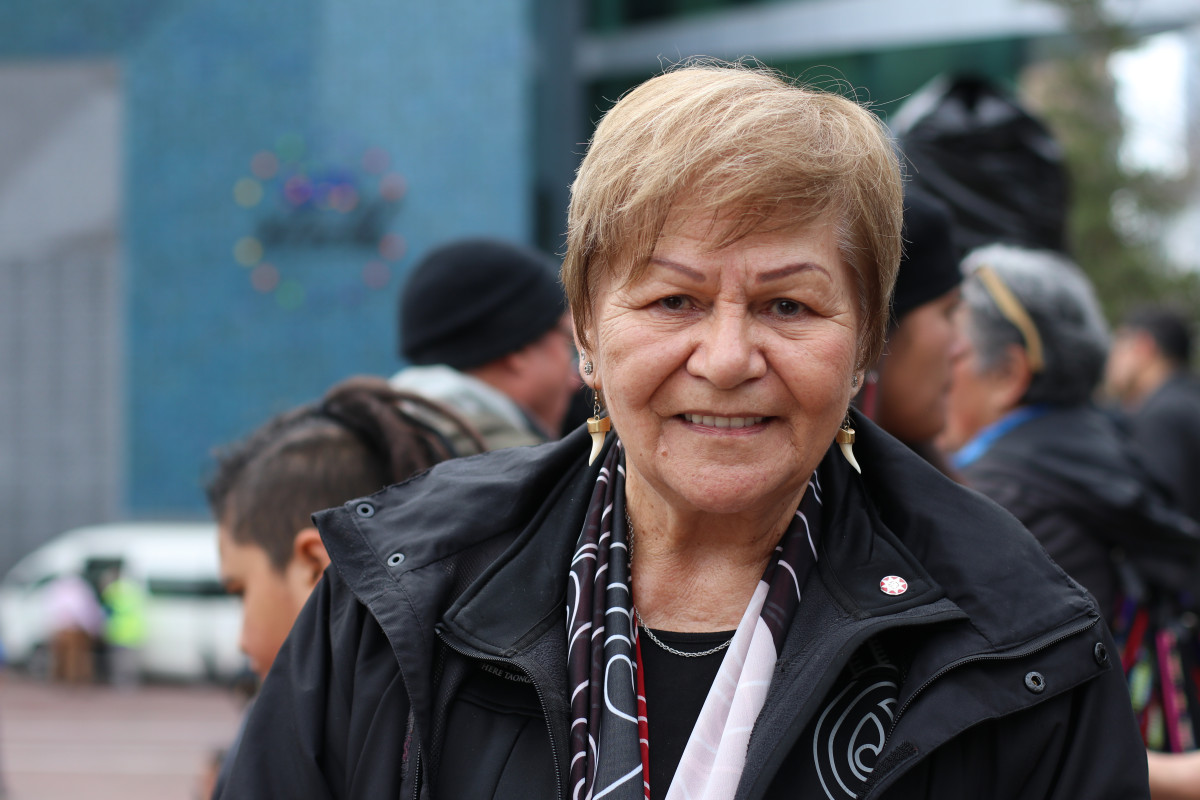 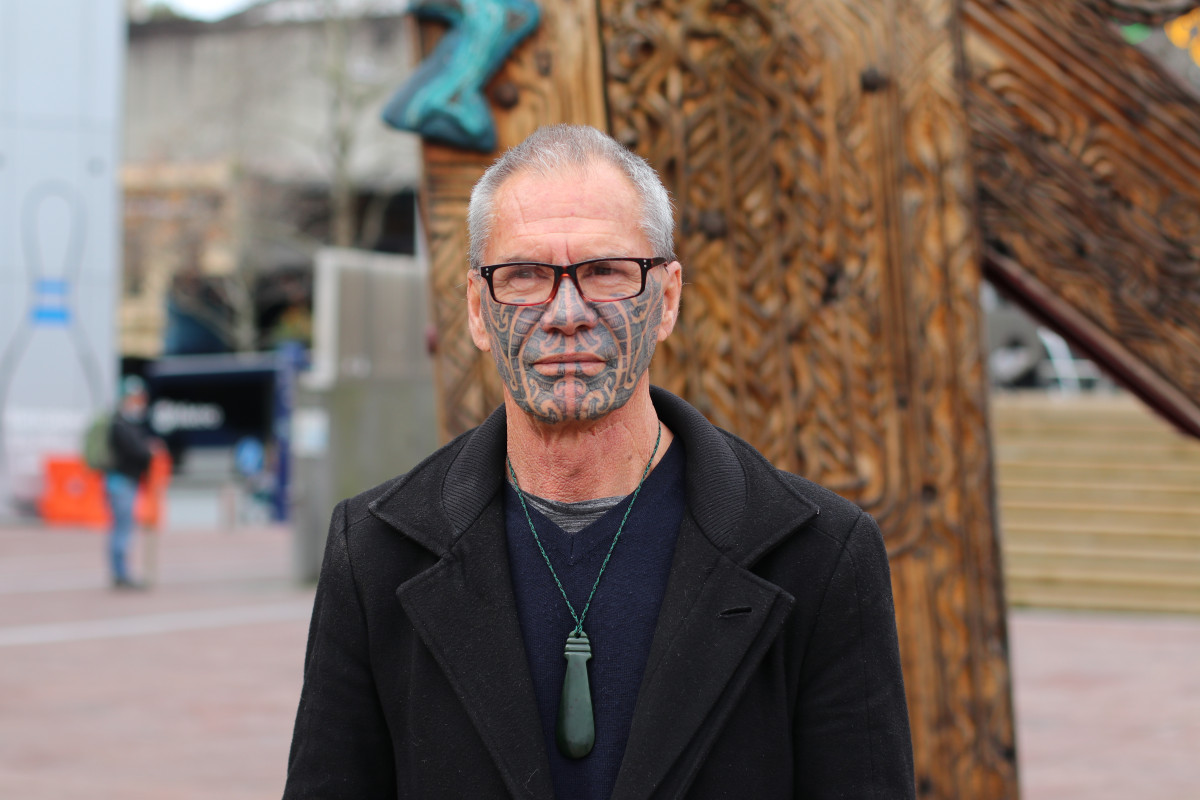 “This landfill will completely poison the Kaipara Harbour. This is the biggest landfill in New Zealand. This is 1.6 tonnes of rubbish going into a landfill right beside a waterway. All the criteria of where a landfill should go has been undermined, it’s going to be breached. We have the council talking about upholding the law, it’s a complete joke.”

“There are many options for getting rid of your rubbish. Auckland Council have got this mindset where they want to put it in landfills. It’s a cheap option - you put it in a hole and you post it to future generations.” 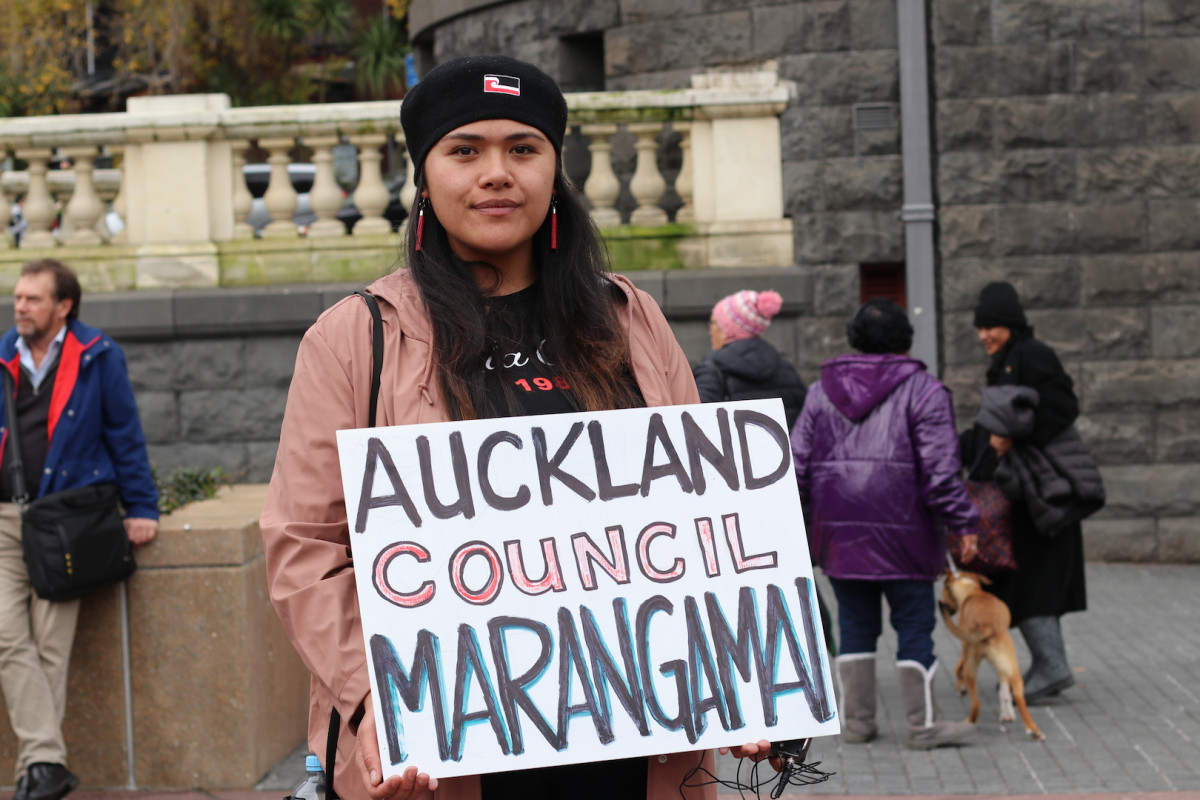 “What I reckon is that Auckland Council need to provide more bins so we can actually separate our waste properly. For example have one specifically for cardboard, one specifically for certain things. If we are going to take it to zero waste which I hope we do eventually get there, that will be a good start.” 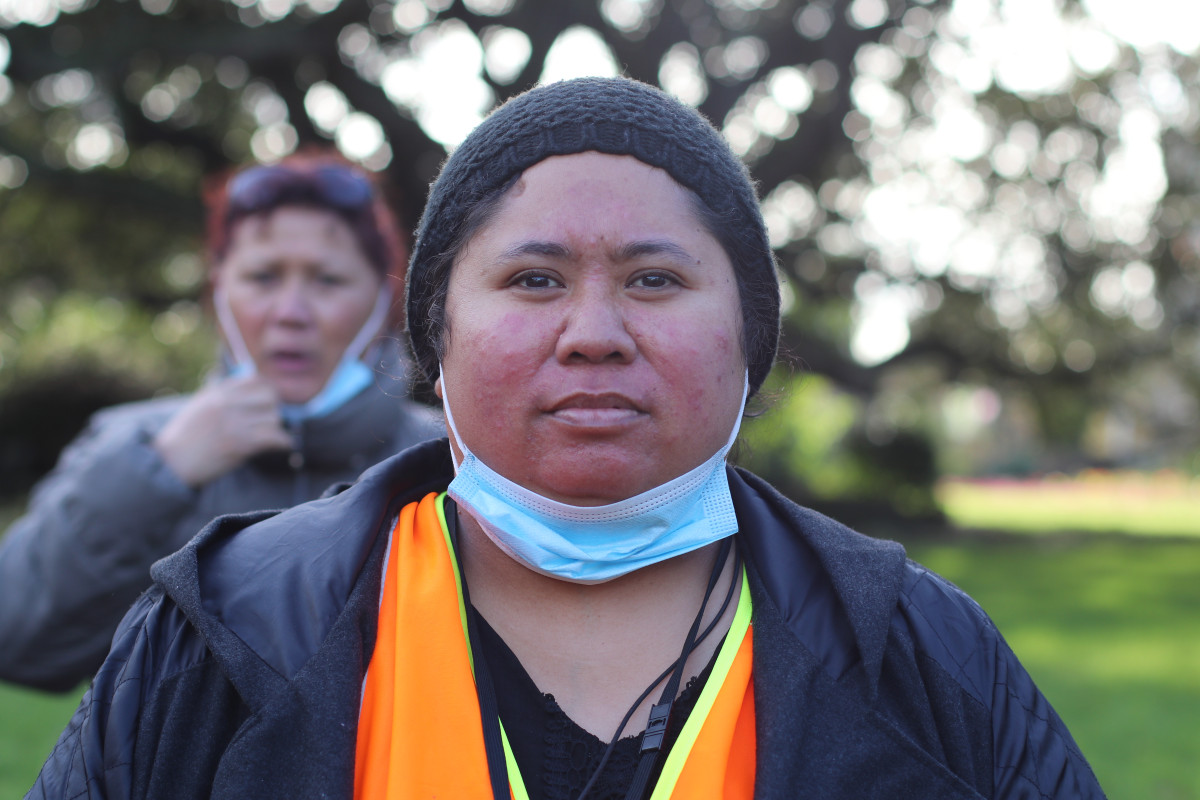 “I’m here to protect us as kaitiaki of our whenua, or our awa, here in Tāmaki.”

“The land is important to me, it has been inherited by our tūpuna who have lived there for years and still do occupy our whenua over there in Hoteo so we have a special connection – it’s the blood that runs through us.”

“There’s plenty of other alternatives that Auckland can look at such as recycling rubbish instead of just chucking it straight into the whenua. Get people who can recreate things rather than just chucking it into our rivers.” 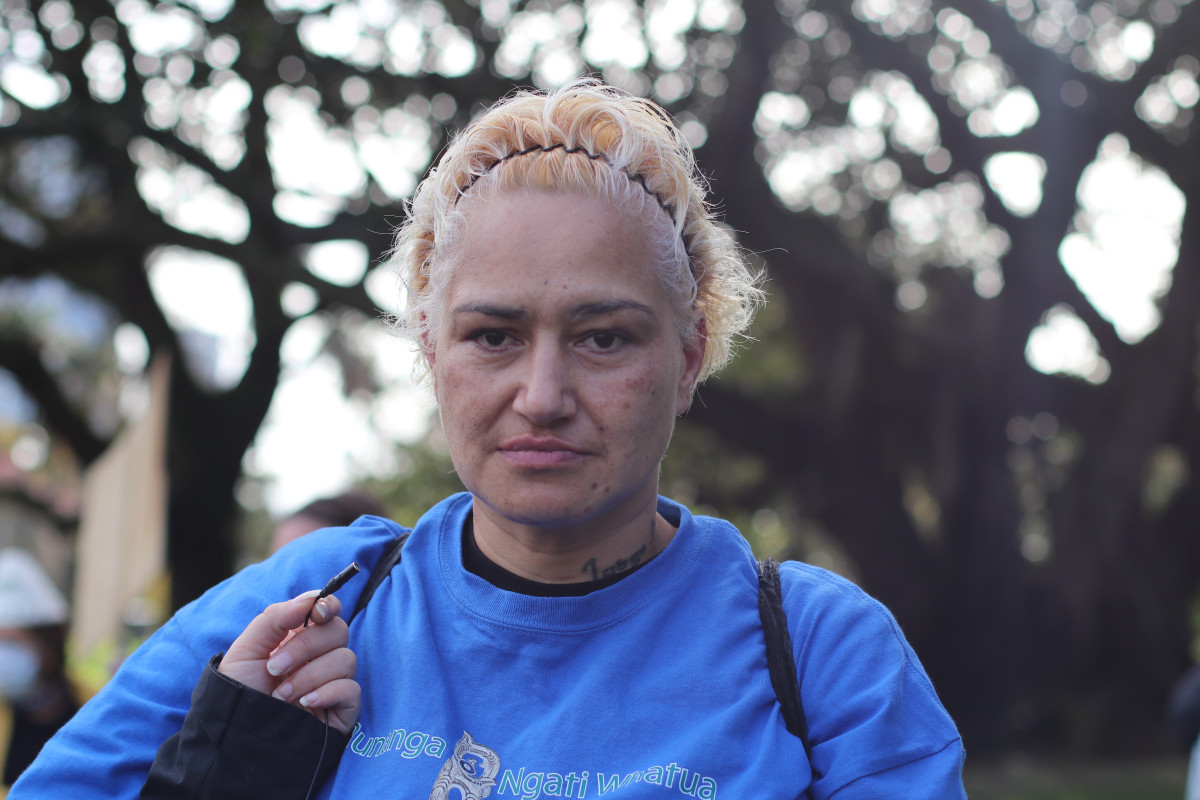 “I’m just marching for my tūpuna and for the Ngāti Whātua people. It’s for the future generations. We don’t want to eat pollution, we don’t want their paru.” 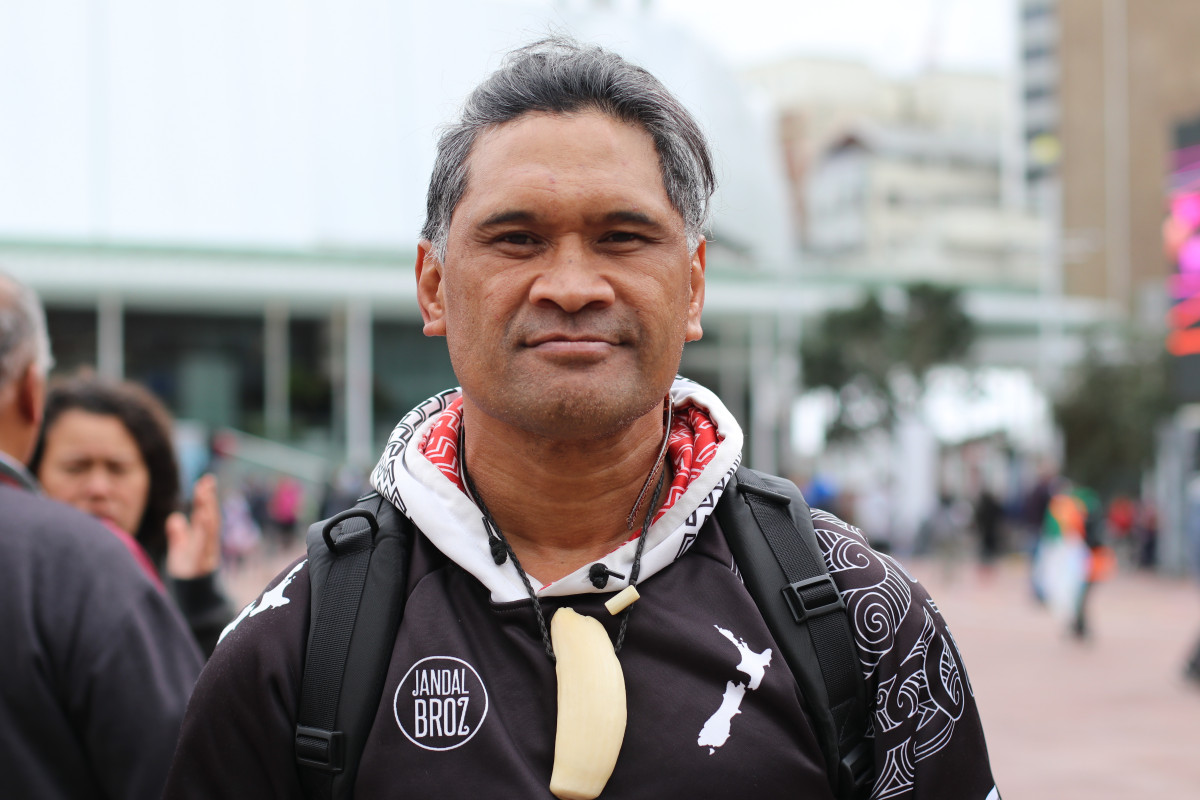 “I’m marching because it’s the future of my great-great-grandchildren.

“The landfill is up in the Kaipara which has the resource of clean running water and at the moment we are destroying it. Every single one of us.” 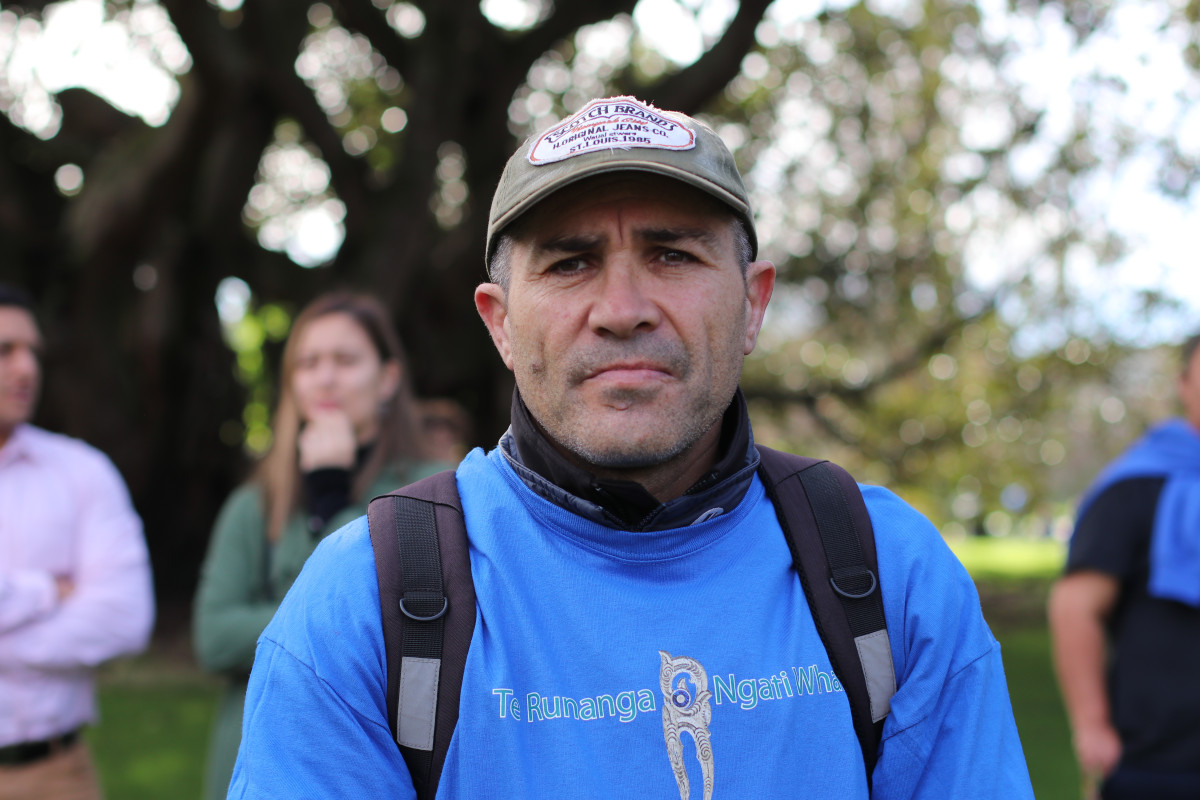 “Kaipara is a beautiful place. It’s still rich in kaimoana, seafood, everything. We don’t want it destroyed by some dump or rubbish ground. We live on the earth, we live on the sea. It’s our way of life and we just disagree with everything that’s happening.”

“Tāmaki Makaurau - the big wigs, the people with money - they think they can just put a dump next to where people live, where people want to eat.”

The protestors were wanting to deliver a 3500-strong petition to Auckland Mayor Phil Goff outside Auckland Council buildings, but he was not there. Instead, Deputy Mayor Bill Cashmore fronted the crowd to accept the petition.

“I’m here to tell you we are listening, we hear you. We know you feel strongly about this.”

Waste Management lodged a resource consent application with Auckland Council in May last year. The council is currently taking public submissions on it until July 31st.

The Deputy Mayor said Auckland Council was obligated to process every application they receive.

“There is nothing in the Resource Management Act that would allow this council or another to stop this process. A decision must be reached. The decision will be made by a panel of independent commissioners. Not politicians, not councillors. This is not a political process, this is a legal process.”

Re: contacted Waste Management for a response to this story but at the time of publication had not received a response.