A conversation on social media has sparked a discussion about anti-Blackness, New Zealand hip hop and appropriation. Writer Kristian Fanene Schmidt, who is Samoan, shares his opinion on Aotearoa’s Māori and Pasifika hip hop community.

Let me start by saying that I am not Black - I’m a Samoan who was born and raised in Porirua. I am by no means an authority in hip hop and will never claim to be.

However, I am someone who has lived in the United States for over a decade in close community with Black family and friends, particularly Black women, and they have been instrumental in my education, growth and self discovery.

Having someone truly hold you accountable in every sense can really unlock and raise your awareness and through that, I’ve developed a heightened degree of sensitivity to anti-Blackness.

One way I honour my relationships is by doing the work to deprogramme it within myself, my family and the wider Pacific community.

On Sunday, Guled Mire, a Somali refugee who made New Zealand his home, tweeted:

Just attended my first concert outside of NZ & not a single white/brown folk was rapping along saying the N word. I cannot describe how incredibly pleasant it was. And until kiwis realise they can’t say the N word unless you’re Black, you’ll never catch me at a concert back home.

Rather than own his actions and apologise for the harm he caused, Sir-Vere began to throw a tantrum in a series of tweets, talking about how he’s done so much for hip hop and how his legacy is being ruined over one like.

He even went as far as bringing up “cancel culture” - a myth created by white conservatives to discredit and trivialise people who seek justice and consequences for wrongdoings.

No one is above reproach.

I wish I could say I was surprised that a grown non-white man got defensive and centred himself as a victim after being called out for showing support for something racist. But I’m not.

That’s the insidious nature of anti-Blackness and how it operates in all of us living in a society underpinned by “white supremacy”.

It is so prevalent throughout the world - Māori and Pacific people in Aotearoa are no exception.

As a “pioneer” of NZ hip hop, I am infuriated but unsurprised that Sir-Vere would co-sign an insult directed at a Black man expressing his disgust at hearing the N word.

Is our engagement with Black culture appreciation versus appropriation? How do we assess where we cross the line?

The measure is respect. Paying respect to not just the greats but to the community it comes from. It’s not enough to shout out to your favourite MC. You must be actively interrogating your anti-Blackness and not standing for it when you see it.

You cannot take from Black culture with one hand, then hit Black people with the other. This is what makes you an appropriator.

And just to clarify, the N word is not for us to use - Polynesians experience racism but we do not live the Black experience nor did our ancestors suffer the atrocities tied to the N word.

Sure, I’ve been called one before but that doesn’t make any difference because our people did not endure being called the N word through 400 years of chattel slavery, lynchings, Jim Crow, mass incarceration and police brutality so it is not ours to reclaim.

Even if your homie said it’s okay. Stop. It astounds me the way Māori and Pacific people will jump through hoops to justify using it.

I recently had a conversation with Misfits of Science’s Ruckus Garvey.

Speaking about the New Zealand hip hop industry, Garvey, who is South African, said: “When I look at how many amazing artists there are in Aotearoa, who have migrated from other African countries, and then try to find the reasons why they don’t get spoken about in the same light, it starts to become quite clear that this gatekeeping still exists today and that’s something that we need to put an end to once and for all.”

Garvey is absolutely right. The issue is bigger than one person. It’s the culture of NZ’s hip hop scene which is just a microcosm of our attitudes towards Black people.

Take for example, A Reason To Rhyme, a documentary that premiered on Māori Television on Waitangi Day this year.

I was tasked with coming up with the initial concept of this. I had wanted it to be an exploration of all the ways Māori and Pacific people indulge in Black culture, asking the question: Is it appreciation or appropriation?

I set up meetings with Black artists, academics and community leaders to both consult with and weigh in as interview subjects. Everyone seemed to be excited and on board with my vision.

Without any input from me, white producers and directors became attached to the project then DJ Sir-Vere was added as the resident hip hop “expert”.

I made it very clear that I didn’t know or trust these people to bring my story to life with the complexity and consciousness it deserved.

The powers that be didn’t want to meet me there so I made my exit, asking my name to be removed from everything.

Watching it recently, I have to say it’s a complete shambles. I sat cringing.

New Zealand rapper Mareko declares “I don’t think [hip hop] belongs to any one culture”. Artist Ladi6 casually explains “anyone can claim ownership over hip hop … seriously, no one owns hip hop” while artist DLT states that hip hop is “in our ancestral teachings”.

What?! This is erasure and it is violence.

To clarify, you do not own hip hop. It has never “belonged” to you and it never will. You are free to enjoy it, be inspired by it, express yourself through it, but you should always acknowledge who it comes from.

You are a guest.

What makes this even more exhausting is that they know damn well they would riot if people took on elements of Māori/Pacific song or dance or tatau and said “it doesn’t belong to anyone”.

The fact New Zealand media didn’t rip it to pieces in reviews also exposes a clear lack of Black representation in journalism.

It’s not too late for Sir-Vere and the rest of New Zealand’s hip hop community to make things right. We all make mistakes.

There’s a valuable lesson to be learned and he now has the opportunity to help create a shift in hip hop that’ll only enhance his mana.

For Pasifika and Māori artists who have built their careers and profited off of Black culture, you have a responsibility to do right by Black people.

And if you’re really about hip hop like you say you are, you’ll waste no time in setting things straight. 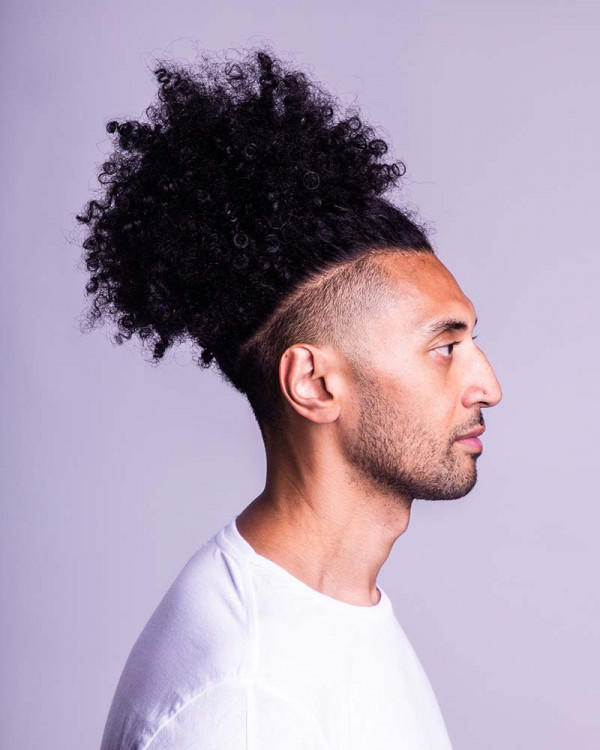 Kristian Fanene Schmidt was born and raised in Porirua while both his parents hail from Samoa. He is a Fulbright scholar with an academic background in Pacific Studies, Law, and Education. He was a host with MTV Australia before relocating to Los Angeles where he now writes and consults for various organisations and outlets. (Image: Supplied)

This story was edited on March 9 to change the sentence "a grown Māori man" to read "a grown non-white man".

Calls for sexual consent education to be compulsory in NZ

Including pleasure in sex education could increase condom use, study finds