David Taui (Te Arawa), the owner of a traffic management company in the Bay of Plenty, has designed the first manual traffic control signs in te reo - one says Haere (go) and one says Taihoa (wait).

Originally he came up with the idea to make the signs in te reo because too many people were ignoring the ones in English.

“For whatever reason, they tend to not listen to the signs,” he says.

“So I thought ‘hey I’ll come up with a better way’. And because we work predominantly in the Bay of Plenty where there are lots of whānau Māori in the area, we thought this would be the best way. And so far the public is absolutely happy with it.”

David says more than anything his drive to get the signs legally approved by Waka Kotahi (NZ Transport Agency) is to keep te reo Māori alive and thriving in Aotearoa.

“One day, I'd like to see Māori on all signs,” he says. “Then our language will survive. Because everyone, not just Māori, will get to see the language and learn from it all of the time.”

David and his team met with Waka Kotahi in Tauranga on Friday 29 October to kick start the process of getting the signs legally approved.

David tells Re: News the meeting was a “great result for Māori kind” and soon he will be travelling to Wellington to have the signs registered as a legal device in the Code of Practice for Temporary Traffic Management.

“My goal is to have them as the number one manual traffic control device,” he says. “And we can do it because so many people want them, they want them in garages, behind their bars, to see them on the roads.”

And the incorporation of te ao Māori in the signs does not stop at the language. The pou (handles) are specially carved by a local carver and the shape of the panel is designed to replicate a whare, to encourage people to make it safely home, or a maunga (mountain).

“So anywhere in our motu where someone is holding the paddle, you are surrounded by whatever maunga is in that rohe. It gives significance to the people of that rohe. So when they hold it, they are saying ‘I want to protect this place’.”

Bat wins Bird of the Year 2021 by a landslide 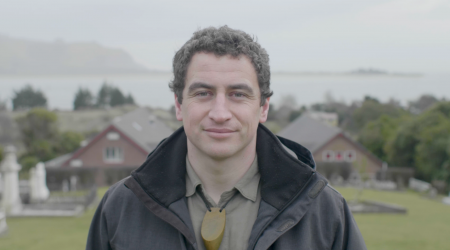 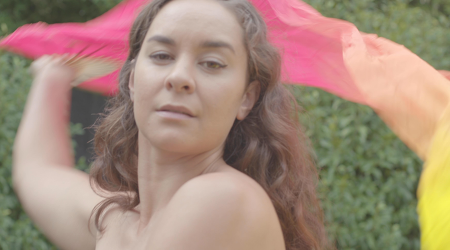